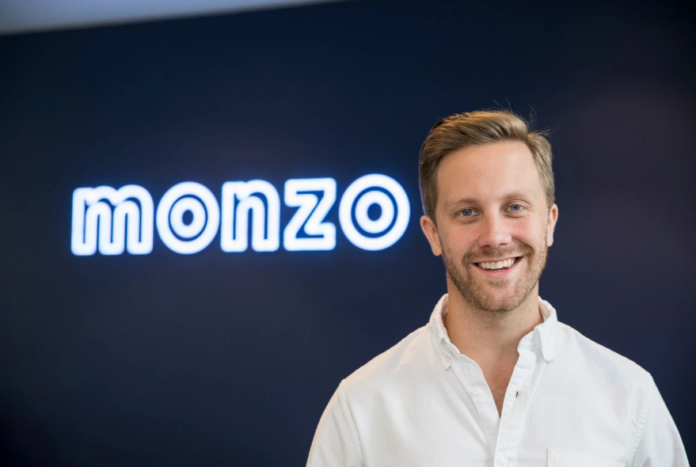 The fast-growing UK challenger bank Monzo today announced that it has raised a further €95 million in a fundraising round led by General Catalyst and Accel. Existing investors Passion Capital, Goodwater, Thrive Capital, Orange Digital Ventures and Stripe have also participated in the round. This Series E round values the fintech startup at more than €1.1 billion.

Since it was founded back in 2015, Monzo has grown rapidly, primarily through word-of-mouth. It now has more than one million customers and counts for 15% of all new bank accounts opened each month in the UK. Monzo has high levels of customer engagement, with a Net Promoter Score of around 80, monthly active customer numbers of nearly 800,000 and more than 35,000 people on its community forum. The fresh capital will be used to expand further and develop even more tools that give customers control of their finances.

The first time we reported about Monzo was when we introduced you to Europe’s hottest FinTech startups in 2016 and to 10 UK-based startups to look out for in 2017.

Monzo will also be announcing a large crowdfunding round that will give its community of customers the chance to invest later this year, in partnership with Crowdcube. Since it was started back in 2015, the bank has always taken a community-driven approach. Designers, engineers and product managers ask customers for feedback on the bank’s community forum, and Monzo has even asked customers to vote on big decisions, like introducing fees or changing its name.

Previous crowdfunding rounds on Crowdcube have seen Monzo break the world-record for the fastest equity raise ever, raising £1 million in just 96 seconds. The upcoming crowdfunding round aims to give as many customers the chance to invest as possible.

Monzo co-founder and CEO Tom Blomfield said: “We started Monzo because we wanted to make a positive difference to people’s financial lives. It’s incredible that more than one million people are now using Monzo and a testament to all the hard work that’s gone into building the company over the last three-and-a-half years. While we’ve come a long way, we feel we’re still very much at the start of the journey. ​I’m really excited to be working with two new world-class investors to help bring Monzo to millions more people.”

Adam Valkin, General Catalyst Managing Director commented: “Tom told me four years ago that he wanted to build an entirely new bank for the mobile generation from the ground up. What he and his team have accomplished since then is impressive — transparent pricing, a customer-centric culture, best-in-class features for social payments and financial planning, and unparalleled customer love. In the process, they have become one of the fastest growing consumer financial applications in history with a passionately loyal community of more than 1 million customers.”

Eileen Burbidge, Partner at Passion Capital said: “Passion Capital has always believed in the remarkable vision and ambition of the Monzo team, and it’s a privilege to be part of the company journey. This latest fundraising round validates the thesis we’ve always had about the opportunity and market potential for “making money work for everyone” — whether that’s as a bank or a way to transact with friends and contacts or to access other financial services and products.”

Monzo was founded in February 2015 and received its full banking licence in April 2017. So far, customers have spent more​ ​​than £4 billion with their Monzo cards to date. Monzo current accounts are covered by the Financial Services Compensation Scheme (FSCS), meaning up to £85,000 of each customers’ money is protected. A team of more than 400 people work across Monzo’s offices in London, Cardiff and remotely around the world.

Share
Facebook
Twitter
WhatsApp
Linkedin
Previous article
Here are the regional winners of Nordic Startup Awards 2018
Next article
Sky is not the limit: 10 European space technology startups to watch in 2018