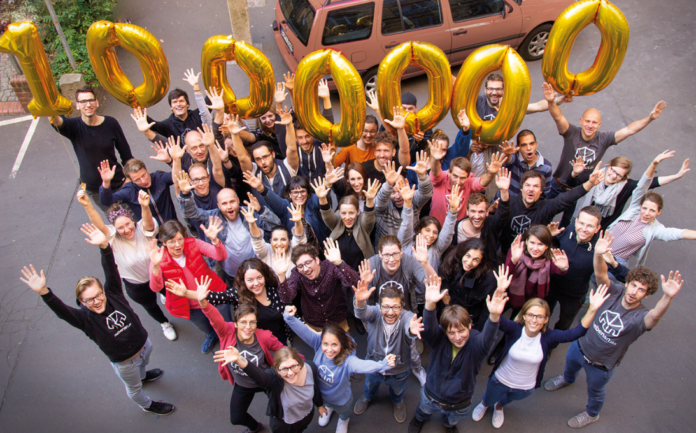 The neighbourhood platform nebenan.de today announced that more than 1 million active users have joined the network in Germany. Three years after its launch, the social network has already become kind of indispensable for neighbours across Germany. The network is operated by the social impact driven startup, Good Hood, which is headquartered in Berlin. Together with mesvoisins.fr, the market leader in France, vicinimiei.it in Italy and tienes-sal.es in Spain, Good Hood is Europe’s largest social network for neighbours and is growing by 100,000 users per month throughout Europe.

Christian Vollmann, the founder and CEO of Good Hood stated: “Every day we work on connecting neighbours across age groups, social strata and origins. Reaching the 1 million user mark in Germany shows that the local community is becoming increasingly important. It’s more than just a trend. It has become a real need in an uncertain global environment. We have proven that market leading digital social networks can be built in Europe.”

Founded in 2015, nebenan.de is active in all major cities in Germany as well as in rural areas. The founders believe in the power of hyperlocal communities and are convinced that strong neighbourhoods hold the key to solve many challenges facing modern society, such as loneliness, isolation, demographic change, sustainability and integration.

Co-founder Ina Remmers commented: “Nebenan.de is not about self-portrayal, but about helping others and caring for one’s surroundings. Neighbours who would have otherwise never met suddenly get to know each other. Dialogue and helpfulness are more important than ever for social cohesion in today’s society.”

In addition to online networking, nebenan.de promotes offline encounters and aims for a collaboration of the neighbourly triumvirate: neighbours, local businesses and municipalities.

In the next two years the startup plans to develop innovative solutions for cities and municipalities, associations and local initiatives as well as local businesses. Good Hood is breaking new ground in refinancing social networks – moving towards a transparent model that puts the users at the centre and gives them real choice.

In March of this year, nebenan.de (GoodHood) announced the successful closing of a €16 million funding round to accelerate the European expansion. In total, the German startup now raised about €24 million.