10 European edtech startups that are transforming the way we learn 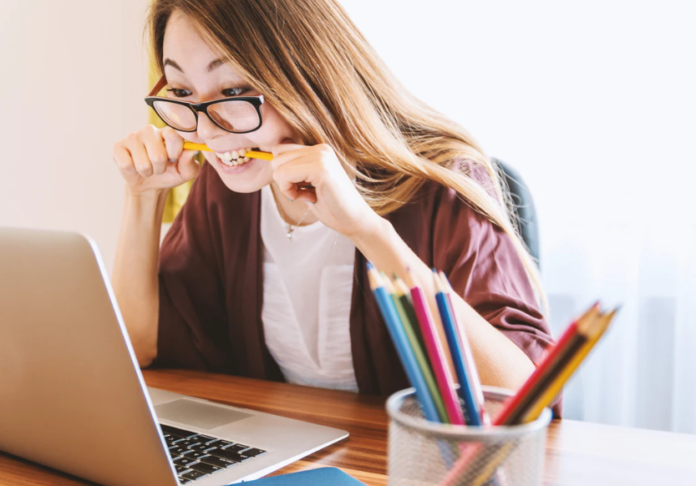 The digital age has successfully disrupted the education sector. Fifteen years ago we were using textbooks; now we use online platforms. We read on our phones, and we ask Google all of our questions. Instead of taking a class when we want to learn a foreign language, we’re likely to just download an app.

While technology can’t (or shouldn’t?) replace teachers, edtech is offering a range of tools to enhance education for both teachers and students. It’s helping students learn and teachers teach, making the learning process easier for everyone. The only hard part is taking a few minutes to learn how to use the new tech!

Norway’s Kahoot! is perhaps the world´s most popular edtech app, and one of the first to gamify learning in and outside of the classroom. Platforms like LessonUp from the Netherlands have emerged to help teachers plan and deliver lessons, while London-based Zzish allows teachers to create quizzes, assign homework, and track student progress, and the French app Klassroom facilitates communication between parents and teachers. Teachers are using digital whiteboards instead of blackboards, with apps like Denmark´s Airtame allowing users to wirelessly stream digital content onto any computer or mobile device.

Platforms and apps are also penetrating into continuing education and corporate training, changing the business education sector and giving corporations powerful tools for achieving employee and management growth more effectively, while giving aspiring young people better tools for certification and licensure to pursue the careers of their dreams. More and more students have begun taking courses online through accredited universities and online learning platforms such as UK-based Futurelearn or Paris-based OpenClassrooms.

Below is a brief overview of 10 of the top European tech startups that are transforming the way we learn.

Math 42 is an exciting German company which is positioned to be the world leader in mathematics apps, supporting students from middle school to university. Founded ten years ago, Math 42´s app uses an intuitive interfaces matched with a thoughtful ambition: to serve students with simple, clear, individualized content. Math 42 connects equations, quantities, and visualizations. The design not only lets students find the math they need from across the entire realm of global math education, but it provides both instruction and training, allowing students to diagnose and pinpoint gaps in their learning and understand and receive precise guidance, including step by step illustration of processes. It allows association to related ideas, supported by AI to help students find connections to related content that can strengthen their understanding.

Powerful tools such as Math 42 may well constitute a threat to traditional tutoring. What is more certain, with over one hundred million potential customers in Europe alone, Math 42 has a promising future. Math 42 first received financing in 2015 and was acquired by US-based Chegg in 2017 for approximately €20 million. The Math 42 founders are now working to develop a search engine to compete with Google.

Bright Little Labs: Many startups have emerged to help kids learn to code, gamifying the process. In June 2018 Turner International made a strategic equity investment in Bright Little Labs, a UK-based startup which bills itself as Sesame Street for the digital age and kids 7-12. It makes valuable, gender-neutral kids’ media such as interactive books, apps and games that focus on critical thinking, STEM (particularly tech and coding), diversity and sustainability. The BLL flagship series is based on “Detective Dot”, a 9-year-old coder and agent for the hi-tech, top secret Children’s Intelligence Agency (CIA). Dot’s sidekick is a flying robot drone who Dot programmes to do cool spy stuff. Children under 12 can join the CIA online and complete top-secret missions. The Detective Dot series includes digital books, videos/cartoons, and the interactive CIA.

When kids start getting a little older, they run into the same problem that new startups face: how to survive in a polyglot world. Fortunately, there are a host of language-learning startups ready to teach young students any language on Earth. And with 23 officially recognised languages on the continent, it is no surprise that Europe is leading in language learning innovation with apps including Memrise, Lingvist, Babbel, and Tandem.

Tandem: Of particular note is Tandem, based in Berlin. It is a lesser known but unique language app that launched in 2015, and has raised €2 million to date. Unlike other apps, Tandem provides a human element. Instead of correcting language through software, it connects language learners around the world so that they can have language exchanges over the phone. It’s a fun way to meet people and practice languages with native speakers, who can help and correct each other at the level that is appropriate for them. Tandem shows that computers still cannot rival the human mind when it comes to language learning.

Languages learned, it’s time to move on to University…

BridgeU is the perfect platform for those who are preparing to go to uni, but are not sure where to begin – it bridges the gap between schools and universities. Students build a personal profile with their interests, grades, professional and learning preferences, and BridgeU´s algorithm uses the profiles to match students with the universities and courses that are best suited for them. BridgeU also collects feedback from previous students who have gone through the process, and uses the data to further improve its algorithm through machine learning.

In addition, BridgeU offers resources to help students through the college application process, like support for writing personal statements and essays, and has launched a program to help students plan their careers. Last year, the London-based platform raised €4.5 million in a Series A funding round led by Octopus Ventures.

Perlego: If you´re already in university, you know that textbooks are expensive. This is where Perlego comes in. The London-based startup was launched in 2016 and offers access to over 200,000 university textbooks online through a subscription service that only costs £12/month. Users can access the textbooks on their computers or mobile devices.  The platform enables functions to ease the studying process, such as highlighting and annotating, and even generates references automatically with a single click. Perlego recently raised a $4.8 million seed round from ADV and business angels.

Aula Education: Interaction between students, and between students and professors is what really enriches education. This is where London-based Aula (Spanish for “classroom”) steps in, to ease the process through its digital campuses, allowing students, teachers, and staff to communicate and share resources. The platform hosts “Spaces” for classes, projects, and groups. Each space has an open “Feed” where students and professors can engage in dialogue, ask questions, make announcements and share resources. In the ¨Materials¨ section professors can upload and organize all of the content for a specific class or project. The platform also allows for direct messaging between individuals and groups, providing an alternative to email. Founded in 2016, the startup is on its way to scaling up after raising a $4.2 million round in April 2018.

Kopernio: Doing research? Consider using London-based Kopernio. This startup uses a browser plugin to provide easy access to millions of academic papers and books, retrieving them through library extensions. The platform then stores the articles you’ve downloaded in your “Locker”. Founded in 2017, Kopernio was acquired by the US firm Clarivate Analytics in April 2018 for an undisclosed amount.

Futurelearn: Online learning has fully taken off this decade. While US-based Coursera has been the most popular platform for online university courses, European tech startups are rivalling its dominance as it adds extra fees. One such platform is UK-based Futurelearn. Founded in 2012, the platform features free courses on a wide range of topics from literature to tech, law, and history. It also offers specialised programs for those who want to advance professionally on relevant subjects such as big data, management, and STEM teaching, and also postgraduate degrees from accredited universities.

WhiteHat: If you decide not to pursue that degree, London-based WhiteHat might be a perfect fit. It’s an apprenticeship startup that provides access to careers for those who choose not to take the university path. It links non-university graduates to jobs in a wide range of industries, including tech and finance, thus filling a major skills gap. Apprentices are matched with apprenticeships that last 12 months, and are supplemented with training provided by WhiteHat in partnership with other content providers. The startup is on the path to growth, having just raised $4 million in seed funding this September.

Blinkist: If you’re an autodidact on the go, consider downloading the Berlin-based app Blinkist. The startup has condensed over 2,500 nonfiction books into 15 minute text-based or audio “blinks” that summarise core concepts and insights from each book. Blinkist launched in 2012, but has been steadily growing, raising a $18.8 million Series C round in June 2018.

By the way: If you’re a corporate or investor looking for exciting startups in a specific market for a potential investment or acquisition, check out our Startup Sourcing service!