Women in Tech: An opinion piece by a young female working in the tech and startup world 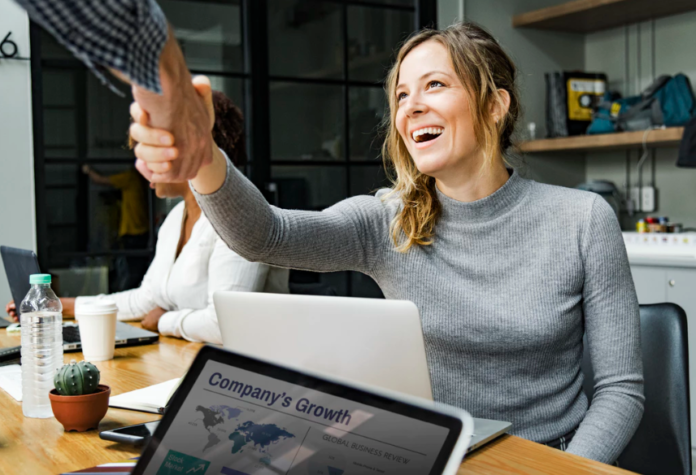 2018 – The year of the ever-more booming tech giants run by extraordinary females, showing that the dark ages of the male-centric tech world are beginning to have an end. Yet, the big question is, is enough being done for this era to really have an end?

Writing about gender-equality in 2018 is still quite flabbergasting to anyone who has been following how far we have come in technology in general. Following this year’s reports, I have highlighted five technological advances that will have a real impact on our lives within the next half decade. Leading the way is an AI-powered robotic microscope that helps clean up the world’s water supplies, following that, Artificial embryos that have been grown using only stem cells, Zero-Carbon Natural Gas, Artificial Intelligence for all, and DNA fortune-telling, yet despite all of that, it is still considered a trend and something exciting that women are increasingly finding their way into tech.

This by the way, has not just began this year, yet if you look back into the history, many of the most remarkable inventions, that are being used until this day, have been developed by talented and astonishingly intelligent women, fixating their spot to be known and remembered, who yet still struggle with gender prejudice in a male-dominated world. These powerful individuals such as Emily Roebling (the female engineer most famous for her dedication to completing the Brooklyn Bridge), Ellen Ochoa (a former astronaut and current director of the Johnson Space Center) as well as Edith Clarke (first female electrical engineer specializing in electrical power system analysis), and let’s not forget to mention Ada Lovelace, because of her, there was even such a thing as the first computer program ever invented, have contributed largely to advancement in tech. And despite of all that, the software engineer, Tracy Chou initiated a study that showed that only 12% of engineers in a total of 84 tech giants today are women.

Studies by HP have shown that women mostly apply for jobs when they are 100% sure that they reach the requirements, whereas men confidently apply, even if they meet just around 60% of the requirements. In my eyes this could lead to one of the many reasons why women in tech are not as common – because the men, who carry themselves with confidence, yet do not always possess the skills, are more likely to score the job than a highly qualified female, as she does not even try. This is where the never-ending topic of confidence comes in. Women tend to hold back, or further their career path otherwise, until they know they are more than suitable for the job. And the most interesting part about that, is that the female who is writing this article (me) can confirm that, as she is one of those (not proud).

Julia Baird, an author and former Harvard fellow, has great advice for females who tend to lack confidence and suggests to “dash a bit of white-man-confidence-cologne on our wrists before heading out to work each morning, we can at least be buoyed by the fact that it is very often uncertainty and not mediocrity that holds people back.”

Yet, on the other hand, let’s investigate some tech giants who absolutely appreciate the female power of being in the tech industry and try to continuously increase their representation of women in their company. The perfect leader, Alibaba, the Chinese e-commerce giant, where just under 50% of its employees are female, and whose founder, Jack Ma, states that the “part of the ‘secret sauce’ of our success is because we have so many women colleagues. Women sacrifice more – they love it, they believe in it, they continue to do it.” – Way to go Alibaba!

Another great example is Slack. They completely got ahead in diversity by accumulating 31% of leaders and 34% in technical roles as females and they are therefore outperforming other Silicon Valley companies such as Google, Facebook and Microsoft where women hold between around 20 and 30% of leadership positions and 10% less in technical roles. Let’s take it one step further and appreciated that Slack’s U.S. workforce percentages of underrepresented minorities (e.g. African American, Hispanic, Latino, American Indian and/or Alaskan), are triple that of peer companies.

Yet, with all these great examples being presented, it is still not the norm. So, since I am a woman, let me tell you what I’m looking for in a company which might qualify as a good employer:

I want to see other women. I want to see them climbing up the ladder and striving for greatness. I want them to have a voice and get the support they need. I want them to be appreciated, especially when they do great work and are highly qualified for the position.
Even if I am the only women, I do not want to be treated or reminded of it constantly, yet if I do seem to remember, I want to be supported. Until now, I have been lucky that it has never been painful to be the only woman in the room and have quite enjoyed working with male colleagues as well, yet it should never be awkward or reminded of. Remember, females can catch and kick the football just as fast and strong as males can.

Even if you say you have a great culture – prove it! All companies now are striving for having a great company culture, yet once you start working for them, most of the time that was just a meaningless way to get you to be attracted to their job offer. I have worked at places, where there is no, absolutely no, way of teamwork, communication or any type of enjoyment. We do spend most of our time while awake at work, so why not attempt to have a great work environment, with activities, where the members of all teams join together and enjoy a BBQ on a Friday afternoon, or do joint exercise, or whatever you can think of – those additional activities make you get to know your coworkers on a personal level – celebrating someone’s birthday during a fun lunch, finding out the Marketing Manager got engaged and throwing a surprise at the office, supporting a coworker who is in quite a mess – those are things I want to see in a workspace. I want to feel linked to the whole company and know exactly whom I can count on (and cannot) for what. To be able to work well, you need to grow with each other.

And last but not least, tell me how you will help me become a greater, better and stronger person. I as a creative female get bored and I want to move on. Which tends to happen quite quickly in many different aspects of my life. Yet, if there is always something exciting to learn, practice or even the ability to cross collaborate within different sectors of a company, I will most likely feel hungrier to achieve greatness. As a female, working for a corporate, growth and support are extremely important to me and I have (and still am) learning the hard way to make that clearer. Women can be more passive when it comes to asking for raises, promotions, offers, help, whatever one needs, but I need to know that if I
speak up, it reduces the opportunity of me getting bored and wanting to move on, as well as discrimination, because everyone knows what is expected for each level and for each salary. You either meet the requirements or you keep working up the ladder to reach them better sooner than later.

And with all that, being a female can already be quite challenging as is yet being a female in tech needs to be continued to start being considered as the norm. With fellow females reading articles like these, watching and getting motivated by female CEOs, managers, developers, etc. who have dared to take the step and press “Apply” to a job that requires 4 years of experience, even though your CV only shows 3 years, will pay off sooner than later and the support and fellow male colleagues, managers, CEOs who happen to realize how much a company can benefit from female power, will accomplish greatness in the short and long-term.

By the way: In order to stay up to date regarding startup advice, opinion pieces and funding opportunities, please make sure to also subscribe to our weekly newsletter.

Hannah Neuburger
Hannah Neuburger is a Design Management & Strategy specialist with a background in Interior & Product Design. Hannah changed her path in 2017 to launch her first App and to fully integrate herself into the world of startups in Europe.
RELATED ARTICLES
Interviews