Qonto, the digital bank for SMEs and freelancers, secures $23 million to expand across Europe 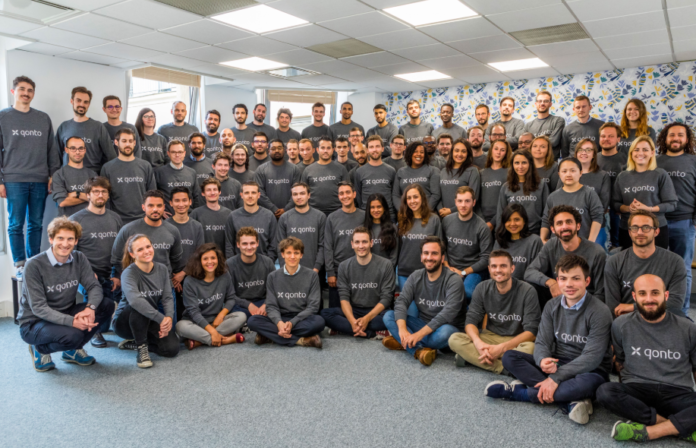 Just a little more than a year after its public product launch, Qonto, the new digital bank for SMEs and freelancers, has just raised an additional $23 million in funding from its existing shareholders, Valar and Alven Capital, and welcomes European Investment Bank (EIB) Group as a new investor. This represents the largest round of funding for a French digital banking startup till date.

This Series B funding will allow Qonto to strengthen its leading market position in France while developing its offer and investing in its international expansion. The total amount of funds raised so far is $37 million, since the company was founded in April 2016. The first time we reported about Qonto was in January 2017 when the startup secured its seed funding. We also mentioned the company as a French startup to watch in 2017 and 2018. In July 2017 we covered their €10 million funding round, and in February of this year we interviewed Qonto Co-founder & CEO Alexandre Prot.

As the neobank for SMEs and freelancers, Qonto provides payment services and other financial services. The young company offers a 100% online and mobile current account, a smooth and modern interface, a stellar customer support, at a fair and transparent price. Founded in April 2016, the company now employs 90 talents, based in Paris. Since its public launch in July 2017, Qonto has reached the 25,000 business customers mark and the transaction volume has exceeded 2 billion dollars. The fintech plans to build on this hyper-growth path and attract hundreds of thousands of small and medium businesses in Europe in the next three years.

The additional funding will be used to grow the Paris-based team from 90 to 190 talents within a year. Also, Qonto will invest in major product and technical developments, including a proprietary core payments platform, as Qonto was granted a Payment Institution licence in June. Last but not least, Qonto plans to expand in Europe. The startup will launch in Germany, Italy, and Spain are planned in 2019.

“We are honoured by the renewed trust shown by our existing investors: Valar and Alven. We are also thrilled to receive funding from the European Investment Bank, as we deeply believe in what their mission has been in the past 60 years: supporting entrepreneurship, economic growth and employment. This new round of funding will allow us to accelerate our growth in order to become the best alternative to traditional banks, for all businesses in Europe”, says Alexandre Prot, co-founder and CEO of Qonto.

James Fitzgerald, Partner at Valar, stated: “Qonto’s addressable market is estimated at more than 35 billion dollars in Europe alone, and the team is moving as fast as any that we have seen. Similar to TransferWise, where we also led the Series A and Series B rounds, we were excited to double down in Qonto too.”

Qonto was born out of the frustration of its two co-founders, who previously co-founded a first company together. They were looking for a bank that would address their needs: transparency, great customer service, and connection to their day-to-day business management tools. For lack of finding such service, they started Qonto.

By the way: If you’re interested to join a fast-growing startup like Qonto, make sure to check out the EU-Startups Job Board.