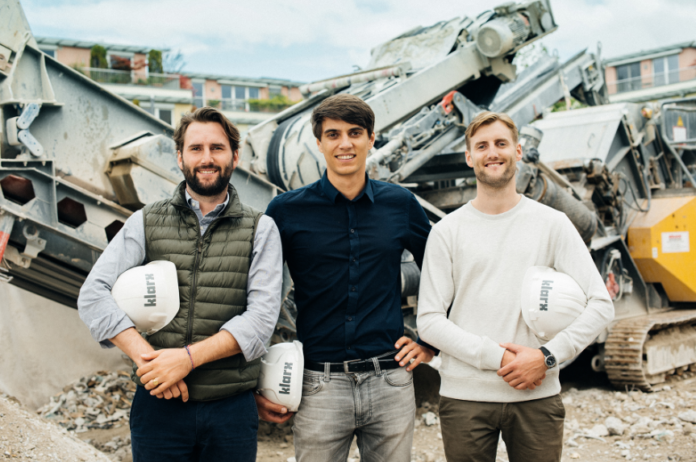 klarx, Germany’s leading online rental platform for construction equipment, has raised €4 million to bring the European rental market to the digital age. The round was led by Target Global in participation of some of Europe’s most successful mobility entrepreneurs, including the founders of Flixbus, Lukasz Gadowski (Founder of Delivery Hero) and Jonathan Teklu (Co-Founder Springstar).

Founded in 2015 and based in Munich, klarx has been at the forefront of revolutionizing the vast €25 billion European market. Since its launch, klarx has already served thousands of customers, including some of Europe’s largest construction players, such as Strabag, Max Bögl and Deutsche Bahn. With access to far more than 200,000 machines from an extensive partner network, klarx provides its customers with unmatched availability, nationwide coverage and bespoke services including logistics and insurance in just a few clicks. The recent success of klarx indicates that the construction industry is looking for innovative sourcing channels. With their vertically integrated platform, the klarx team is automating many labor intensive processes creating a win-win situation for their customers and partners.

klarx will use the fresh funding to grow the team to support the continued expansion across Germany and Europe, build out its technology platform and support the strategic partnerships it has built with leading industry players.

Ben Kaminski, Partner at Target Global, stated: “We have been deeply impressed with the klarx team which has quickly established itself as the leading digital player in the rental of construction equipment and heavy-duty vehicles, a market that is twice the size of the traditional car rental market with no apparent digital incumbent. We believe by applying technology to digitize core elements of rental and logistics, klarx is creating enormous efficiencies for all stakeholders involved in an industry that is still largely offline.”

By the way: If you’re interested to join a fast-growing startup like klarx, make sure to check out the EU-Startups Job Board.