10 European IoT startups to watch in 2018 and beyond 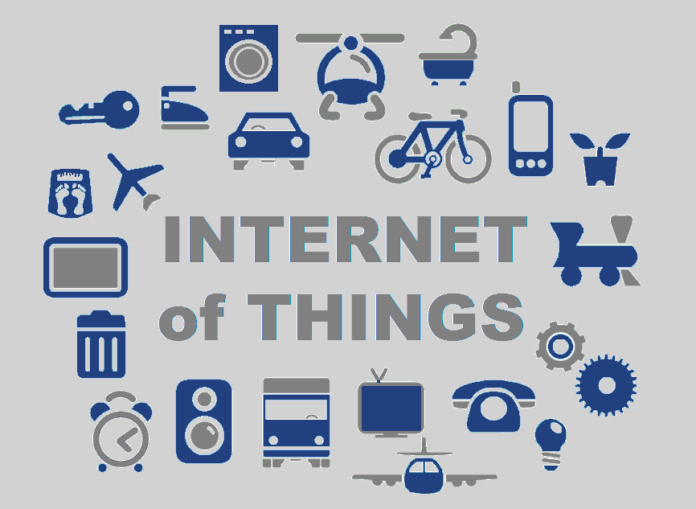 Simply put, the Internet of Things (IoT) is the intersection of hardware, the internet and sensors with one another. European engineering tends to be in the spotlight within this industry, because of the tradition of top technical and engineering universities.

The Institute of Electrical and Electronic Engineers (IEEE) says that about 30bn connected objects will constitute the worldwide IoT by 2020 – an estimated $7.1bn market – and European hardware and IoT startups hold the controls to one of the biggest revolutions mankind will witness heavily in the near future. From very innovative chips to sensors and drones to IoT “in the cloud”, here are 10 promising IoT startups to watch in 2018 – a top mix of technology innovators from all corners of Europe.

Smartfrog was founded in 2015 by Abbas Sadegh, Andreas Rudyk and Norbert Strangl. Smartfrog has developed a universal IoT platform designed to build dedicated solutions across product areas. With a staff of about 90 people, the company established partnerships with leading e-tailers and retailers such as Amazon, Otto, Media Markt and Saturn. The Dublin and Berlin-based company has users in 185 countries, and in October raised €20 million in a new funding round, summing up around €30 million so far. This was achieved with the help of existing investors E.ventures, Target Global and a number of unnamed family offices. They want to make everyday objects more intelligent and connected to the internet, enabling the user to access them seamlessly, affordably, securely and user-friendly.

Flo Live is a UK-based provider of end-to-end solutions for IoT networks, intending to provide a “global ecosystem in the cloud”. The firm leverages mobile networks and big data analytics, preserving the security of IoT. Founded in 2015 by entrepreneur and fintech investor Percy Grundy. The company has presence in London, Paris, Limassol, Hyderabad and Tel Aviv and in California. The company experienced a boom in 2017 when it raised $ 4.2 million in Series A funding led by Arie Capital and Golden Sunflower Capital.

Konux: Using a mixture of smart sensors, big data and AI-based analysis, Konux deploys solutions for the industrial IoT sphere. According to Crunchbase, the startup has raised more than US$ 38.5M in funding, with investors including New Enterprise Associates and MIG AG. Founded in December, 2014 by Andreas Kunze, Vlad Lata and Dennis Humhal, the Munich-based Konux has won numerous accolades, having being included in the Forbes 30 Under 30 Industry list for Europe in 2017.

Nexiot: Founded by Christoph Wartmann as a result of 10 years of research at the world class Swiss university ETH Zurich in 2015, Nexiot researches big-data algorithms and ultra-low-power embedded technology to create a range of IoT technologies. Specializing in self-sustaining smart sensors and software for monitoring shipments, the company’s core product, GlobeHopper, merges non-powered mobile assets with IoT and is embedded in entire fleets of logistics assets, such as railway wagons and cargo containers, with proprietary low-power sensors that provide raw data on location, movement, physical shock, and other parameters in near-real time to the Nexiot’s proprietary analytics platform.

Wingtra: The Zurich-based Wingtra has developed an unmanned aerial robot that flies like a plane, but takes off and lands vertically. It can be used to gather aerial data of physical assets, mapping and surveying. Founded by Elias Kleimann, Maximilian Boosfeld and Basil Weibel in 2014, Wingtra has raised US$8.9M in funding to date. Their fully-autonomous drone, called the WingtraOne was based on years of detailed and  meticulous research done at the Autonomous Systems Lab, at ETH Zurich in Switzerland. Their spectrum of application encompasses diverse areas as surveying, agriculture, glacier monitoring, and wildlife research.

Yodiwo is an Internet of Things technology enabler with a unique framework for bridging things and applications over the cloud. It allows its users to connect disparate network devices and sensors and turn them into ready-to-use functions, create IoT user stories on a visual canvas, and transform its users’ data into actionable items and achieve business efficiency. Companies like IBM, NCP and FREE2MOVE already partnered with Yodiwo. It offers  solutions such as facility management and retail business. It also offers its users with consulting and project management for system integrators, implementations that includes consulting and deliverables, and training services for clients and system integrators. Yodiwo is a Sweden-based company that was founded in 2015.

MedAngel: Medicines must be stored and transported according to certain rules, or they will not keep their effectiveness. If they are exposed to excessive heat or cold they may lose their properties. MedAngel was born in 2015, from the frustration of Amin Zayani (T1 diabetic). The company was founded in Nijmegen, Holland, after he discovered that his domestic refrigerator accidentally froze his insulin. Millions of people face similar problems every day. They are committed to one main mission: Help you keep your medications safe. They took part in the Rockstart Digital Health Accelerator 2015 in the Netherlands and have been developing their portfolio since then.

Moeco is a decentralized platform designed to provide global IoT connectivity. Founded by Mit Gorilovsky and Salome Parulava in 2016, in Berlin, having raised $ 5 million in funds so far, Moeco aims to provide the most transparent and secure way to build IoT infrastructure. This way the young company helps anyone to become a provider by solving two main problems – billing and security – while preserving market transparency.

“The only formula of success is Business = Life”: Interview with Ajax Systems’ CEO, Aleksandr Konotopskyi