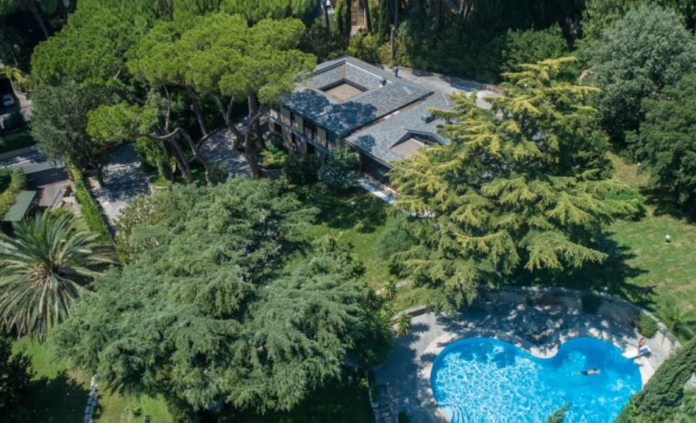 “This is not the Silicon Valley of Italy. We are different” says serial entrepreneur and investor Marco Trombetti, sitting at a table in the Adriano Olivetti Cafeteria, where people gather to have lunch together at Pi Campus, a seed venture fund for AI startups based in Rome. “The Valley is, and will remain, the best place for technology startups”, says the founder of Pi Campus, “but the world is changing: technology is becoming a commodity, and the tech products of the future will be made of emotions. We Europeans therefore have an unfair competitive advantage, and we won’t get any benefit from cloning the Valley”.

Mr. Trombetti is a computer scientist with a background in physics and a burning passion for growth who pioneered the application of artificial intelligence in the translation market with Translated, one of the fastest growing tech companies in Europe according to Tech Tour, which boasts more than 120,000 clients including Google, Airbnb and the European Commission. With the experience and profits gained from Translated and the previous companies he co-founded (a social network sold to DoubleClick, now Google, and a cloud storage solution sold to a company listed on the London Stock Exchange), a few years ago Mr. Trombetti began investing in startups and organizing events where successful entrepreneurs share the lessons they have learned with young founders. Before launching the VC fund, together with his wife and co-founder Isabelle Andrieu and his childhood friend and former co-founder Gianluca Granero, he organized a startup campus around Translated. His aim was to create the best possible working environment for new talent, fostering people’s creativity and innovative tendencies.

In developing Pi Campus, the founders looked to two excellent Italian role models: Adriano Olivetti and Lorenzo de’ Medici. Olivetti was the first to bring design to technology: as a reminder of the unfair advantage that Italy and Europe have when it comes to design, the cafeteria named after Olivetti is home to a Programma 101, arguably the first personal computer, which came out ten years before the Apple I and was much more pleasant to look at.

De’ Medici was the ruler of the Florentine Republic and one of the most powerful and enthusiastic patrons of Renaissance culture. He brought together artists and thinkers in Florence and gave them the freedom to grow, supporting the cross-pollination of brilliant minds. With those points of reference in mind, Pi Campus wants to bring together startups which aim to improve the world we all live in by introducing artificial intelligence to the products and services we use every day.

Mr. Trombetti comments: “We inspire founders to bring design, art, and creativity into their products. We must push this concept further in Europe to create something different that holds as much value as Silicon Valley. If we do take this path, we will be able to attract talent from all over the world and create the next generation of Apple, Google, and Airbnb here in Europe.”

To further the connection between engineers and designers, together with Jamshid Alamuti, former managing director of the Berlin School of Creative Leadership, Pi Campus founded Pi School, a place where “machine intelligence meets human creativity”. Pi School welcomes some of the most talented minds from the creative and AI industries and helps them reach the next level. The School of Artificial Intelligence program, for example, offers an eight week full-time course in which skilled engineers get a full grant (€15,000) to solve with the use of AI the new business challenges faced by those who offer the scholarships. During past editions, companies such as PwC, Amazon, and Google have supported the program. One of the most exciting projects run by former students was the cracking open of the Vatican’s Secret Archives.

The search for startups co-founded by designers and AI engineers is not the only element that makes Pi Campus stand out. “We love applied science, so we want to help the best researchers to cross the bridge and become entrepreneurs,” adds Mr. Trombetti. Pi Campus has already invested in teams from universities like Stanford, Berkeley, Cambridge, Rome, and Oxford. Among them are Lvl5, which aims to create high-resolution maps to support the mass production of safe autonomous vehicles, with founders from Tesla’s Autopilot engineering team; Cambridge Cancer Genomics, able to shorten the six-month period required to discover whether chemotherapy is working, buying the clinicians more time to alter the treatment and reduce unnecessary side effects; and Allelica, which provides clients with a custom diet to prevent food intolerance and genetic diseases based on a do-it-yourself DNA test.

To date, Pi Campus has invested in more than 40 companies, mostly in the AI field, with a total valuation of more than €700 million. The campus in Rome hosts more than 250 people, while Pi Campus investments on the whole have created more than 350 jobs. The fund invests from 25,000 to 250,000 euro in exchange for 1 to 10% of a company’s shares. As of now, Pi Campus’ most successful investment is Boom, a Denver-based startup which is working on a supersonic aircraft. Trombetti invested at the end of its Y Combinator demo day pitch along with YC and various business angels. The “new Concorde” aims to operate passenger flights by the early 2020s, but some operators, including Virgin Group and Japan Airlines, have already closed deals with the startup to become future Boom operators.

By the way: In order to stay up to date regarding funding opportunities and startup advice, please make sure to also subscribe to our weekly newsletter.