The future of work: How AI and robots might impact our work life 20 years from now 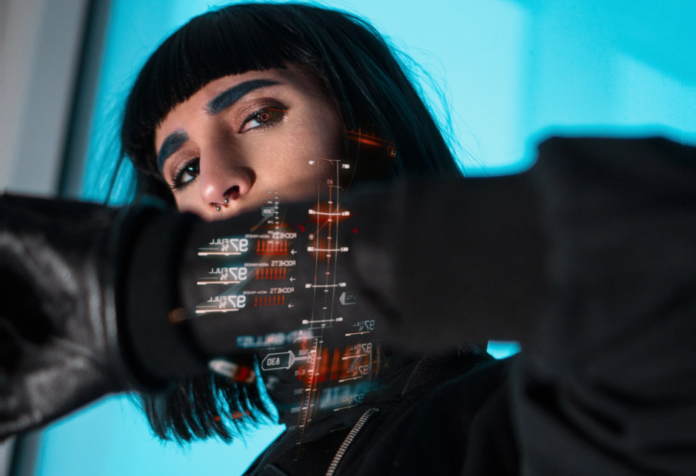 This year has seen, what appears to be, an unusually high level of soothsaying predictions on technological ‘Revolutions’, and how they will affect us all. How the latest technology buzz-word, ‘Artificial Intelligence’, will replace 50% of our jobs. Emerging new business models replacing the old, such as Uber and Airbnb. How the changing work landscape is driven by ‘Millenials’, who not only care for a salary but want access to many other perks believed to be unique to them.

The above may or may not be true, but it overlooks some significant demographic changes, both globally and in our backyards.

What is Artificial Intelligence? Is AI ready to take over the functions of the human world, implement nuclear armageddon and attempt to wipe out humanity? Can anyone state they have seen a convincing form of humanoid robot?

Most of us have seen some form of robot which can only just stand up. Has anyone had a meaningful conversation with a computer? Try adding a reasonably complex sentence from English into French or German in ‘Google translate’ and see what rubbish gets churned out. It might get the message across, but only just.

When the term, ‘AI’ is used it is usually a loose term with no relation to any form of ‘intelligence’. The reality is the manipulation of massive amounts of data which only a computer can do. The major change from 20 years ago is the speed with which we can process logic arguments. This ‘Big Data’ processing is not new. There are great success stories which have generated business and added employment.

Let’s call this Narrow AI (ANI). We are many years away from the culmination of ANI to become General AI (AGI), with the ability to reason, understand complex ideas, think in the abstract and generally learn from mistakes. As scientists we are a long way from understanding the human brain, never mind developing something to replicate a human mind or teach itself.

The crazy prophesying: We’re expected to believe 50% of jobs within the next 20 years are being taken over by robots, self-driving cars and trucks. Progress isn’t being made, and reasonably rapid, exponential progress due to operating at higher speeds.

Business (and personal) competitiveness has many more influences to compete against. In a world being made smaller by increased computerisation and technological innovation, AI and robotics are far down on the list.

Although we have seen many advances in digital usage, such as Apple’s iTunes and Amazon’s webstore changing the landscape. One great example was the success of the ‘Tesco Clubcard’ and their use of the company ‘Dunnhumby’, a Big Data startup. It made suggestions based on a buyers shopping profiles with money off vouchers for future purchases – A marketers dream in a very ‘bricks-and-mortar’ establishment. A great example of the ‘Big Data’ generation within a very successful startup. It is not ‘AI’.

Many of these groups are collaborating in the field of neural advances and supercomputer technology, such as IBM’s Watson (with Apple), Google’s D-wave (with NASA) and Facebook’s FBLearnerflow. This area of AI is being researched (in the field of Machine Learning and Quantum Computing), which we have yet to see on the high street or in any meaningful mass consumer way.

The rise of the East: Take the UK as an example, there were approximately 200,000 Graduates in 2016 entering the job market, while there were 7.7 million Chinese graduates alone, more than seven times that of 15 years earlier! In a rapidly globalising market, our graduates have to compete in a much bigger pool of talent.

Keeping with the UK as an example, as one of the World’s top nations for its research and development in many areas, such as Automotive (F1), Aerospace, Metallurgy, Pharma, Medical, Computer Services and High-end Manufacturing, amongst others. However, no nation can rest on its laurels. In this era of government and state austerity, it can quickly be overtaken by overseas competitors, as they increase R&D spend versus the UK’s cutbacks.

Millenials (those born between the early 90’s and early 2000’s) are perceived in many circles to be particularly wanting. The reality is every generation, now and before us wanted purpose, feedback and a degree of work-life balance but it appears to be more explicit than before.

I don’t see any difference in the motivations of employees today, except for a rapidly changing work landscape.

There was a demographic explosion post-WWII resulting in the highest birth and mortality rates of a century. Due to increases in medical science, healthcare and prolonged peacetime, we are now experiencing the beginning of an increase in new pensioners. Retirees are increasing as we see Baby-boomers reach state pensionable age, putting pressure on those supporting them, either physically or fiscally. Currently, every pensioner across Europe is supported by four of working age. It is forecast this will reduce by 2060 to one pensioner for every two of working age.

The unwritten contract of Jobs-for-Life our grandparents enjoyed, has disappeared, as we see our parents and colleagues being made redundant. Vast swathes of employees and industries face significant changes due to global industrial changes, such as the ongoing ‘Lower-for-longer’ oil price crisis. The stability contract between employer and employee has eroded, leading to a rise in job-hopping.

Two-thirds of baby-boomers are now expected to live past 80 years old, while only one quarter expected to at the turn of the 20th century.

It is conceivable that a majority of children born today could live to see 100 years, as we see rapid increases in healthcare, diagnostics and treatment. Thus creating the potential to turn-around the traditional education, work & raising a family, then retirement at 60-plus into considering a working life punctuated by sabbaticals and mid-career breaks.

Against this backdrop, the added costs of supporting society with increases in school-age leaving. Many more students are opting for a degree before entering the workplace, even with the increased cost of tuition, albeit making them more suitable for modern employment. Retirement age is increasing, for the UK it will be 67 in the 2020’s and possibly to 70 by 2060.

It is inevitable working age people start to ask questions on how best to live their lives.

Lifelong learning will be a necessity. Changes in the education industry offer more opportunities with the rise of Massive Open Online Courses (MOOC’s).

Increased numbers of adult students will be more demanding of these institutions and expect more outcome-based results, rather than many of the rote-learning courses criticised in the past or ‘useless’, humanities and arts subjects. Cognitive, task-based, problem solving and interpersonal skills and abilities will be the key to this as will on-the-job learning as a pre-requisite for the future.

We are right to be aware of new technological advancements (such as AI and robotics). The challenges of a rapidly ageing population, increasing global competition and the life we live from the cradle to the grave, as we expect to live for much longer.

New business models: This presents some significant business opportunities for individuals and groups with relevant insights. Many under-served sectors of society could benefit from the application of digital skills, not least for the baby-boomer generation, one of the fastest growing users of the internet (‘Silver Surfers’).

Global demographic changes mean our R&D efforts either at the local Country, State or European level need better coordination and more investment if we are to ensure we remain competitive. Innovation is a tricky subject, but investment has always been key to its success.

As we see changes in the work landscape, re-education becomes a norm throughout life, it will bring other challenges, as we could see many younger graduates competing for work with much older, more experienced workers.

Change is a given and that change highlights itself to be exponential. Over the next few decades, there will be some exciting and quite unusual developments in the field of AI, as it possibly migrates from the Narrow to the General field.

We should be worrying about it less than the societal changes surrounding us. All these changes provide excellent material for budding startups as changes in demographics, social orders and advances in technology interact.

To stay up to date regarding tech trends, startup events and funding opportunities, make sure to subscribe to our weekly EU-Startups Newsletter now!

Stuart Phythian
As an experienced Senior Director of various business, from private equity financed SME’s to Managing Director of UK and overseas divisions of blue chip companies, Stuart has a wide range of experience in the engineering and technology sector.
RELATED ARTICLES
Know-How