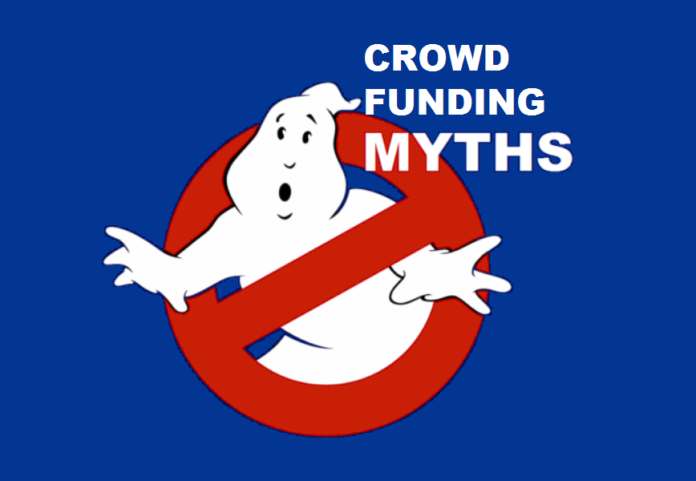 Many early-stage businesses are now choosing equity crowdfunding to get to the next level. In 2017 alone, 165 deals across the UK and Europe were funded on Seedrs making it the UK’s most active funder of private companies (Beauhurst – The Deal 2017). But there are a few myths that could deter entrepreneurs from recognising it as an attractive route to raising funding:

Yes, getting a business funded is the main reason entrepreneurs choose equity crowdfunding, but it offers other benefits besides this:

Not necessarily – although you need to ensure that the platform you choose has a nominee structure in place.

If you chose a platform that doesn’t have a nominee structure, you could end up with thousands of investors on the cap table, which could create a significant amount of administration and may cause delays when consents are required on crucial decisions that could take your company to the next level.

However, thanks to the Seedrs Advantage Nominee structure, a company may have thousands of investors, yet only one investor name would be added to the cap table: Seedrs. So, the cap table would be kept clean – which could help attract VCs to further raises.

On the contrary, angels and VCs often invest on Seedrs as it offers exposure to investment opportunities that they are unable to find elsewhere. In fact, some VCs, for example Seedcamp, even raised parts of their own funds via crowdfunding platforms like Seedrs.

Not so. If a company raises via a crowdfunding platform and invests the capital wisely, it will have demonstrated that it is responsible. And if a company successfully raises, it can also be seen as validation for the company’s ideas. Both points should be viewed positively by VCs, making them more likely to invest in future rounds.

Many companies have gone on to raise further rounds with a VC on Seedrs, such as when Perkbox raised alongside Draper Espirit and Landbay received investment from Zoopla.

This is an outdated view. Crowdfunding platforms like Seedrs developed a track record for funding serious, growth-focussed businesses, with VCs regularly co-investing in funding rounds, for example:

This is not the case. Potential investors who are interested by an entrepreneur’s pitch may only actually commit to investing once they believe a company is likely to reach the target. That means entrepreneurs should put significant effort into letting everyone from existing customers and suppliers to friends and family know all about their raise and the opportunity to invest in their business.

It can sometimes look incredibly easy to become funded on a platform, especially if you witnessed Tandem Bank raise £1 million in funding within seconds of their campaign going live on Seedrs. Though it may appear simple to get this sort of result, behind the scenes equity crowdfunding platforms like Seedrs invested a lot of time and money into making the entire funding process efficient. However, in order to reach the investment target, effort is required to create a compelling pitch and thought needs to be put into creating PR that generates interest all the way through the campaign.