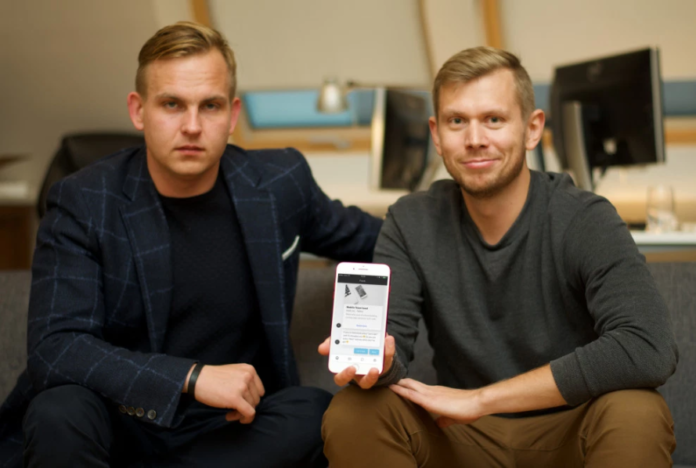 MeetFrank, the anonymous recruiting app, is now also available in Germany. A new financing round was completed in order to support the expansion. Hummingbird VC, Karma VC, and Change Ventures invested €1 million in the Tallinn-based startup.

In total, MeetFrank is already counting 125,000 active users in Estonia, Finland, Sweden, Latvia, Lithuania, and most recently, Germany. 2,000 companies currently use MeetFrank’s service to attract new employees through the anonymous recruiting app. Throughout Germany, there are a variety of major companies utilizing the app such as Daimler, Eon, Delivery Hero, SumUp, Blinkist, High Mobility and MyTaxi. Employees sign up anonymously through the MeetFrank app and get suitable job postings based on their qualifications and career aspirations.

Kaarel Holm, co-founder, and CEO of MeetFrank stated: “MeetFrank does not collect private information about age, gender, or user origin. Applicants need only state their skills and career goals so the app can suggest matching job postings. Discrimination based on personal data is thus excluded, and diversity in companies is promoted.”

The HR Startup from Estonia was founded in September 2017 and quickly conquered the Scandinavian market. Now it is time to qonquer the German-speaking market.

Regarding the company’s future plans MeetFrank CEO Kaarel Holm stated: “For us, Germany is the largest and most important market so far. After Brexit, Berlin will be the new startup and tech hub in Europe, so we are currently planning to open another office in Berlin. By the end of 2018 we aim to attract 500,000 users and 2,000 corporate customers in Germany alone”.

During the pre-launch phase, employees and companies in Germany had the opportunity in the previous weeks to use MeetFrank’s anonymous matchmaking in practice.

The MeetFrank app works as a chatbot and interacts directly with users. Using artificial intelligence and machine learning, the app analyzes the needs of users and can propose suitable job advertisements from the pool. If the user is interested in one of the suggested positions, he or she can start a private, anonymous chat with the company to find out more about the position. For users, the entire service is free.

Companies, on the other hand, are not anonymous at MeetFrank. They write out detailed job advertisements, and the app ensures that suitable applicants only see this. Thus, MeetFrank takes over the placement process and helps customers through automatic pre-selection among thousands of potential applicants.

By the way: If you’re interested to join a fast-growing startup like MeetFrank, make sure to check out the EU-Startups Job Board.

Fritz Trott, Founder and CEO of Zenjob will speak at our EU-Startups Summit on May 12-13 in Barcelona!