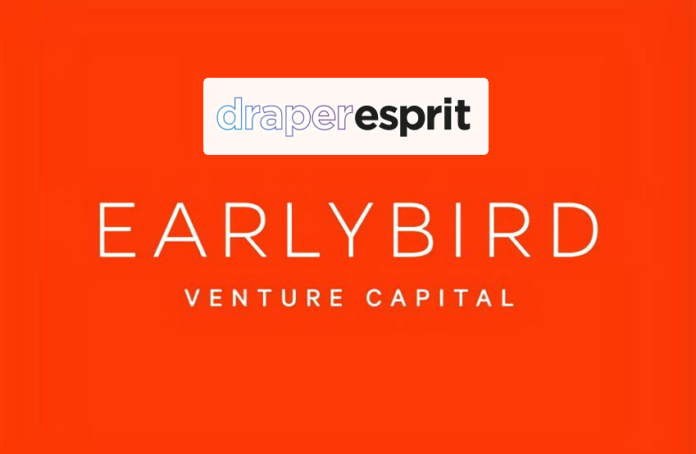 Fabian Heilemann, partner at Earlybird, stated: “We see a steadily growing number of promising deep tech startups in Europe with excellent teams and scalable business models. With our new ‘Digital West’ fund, we invest in exactly these kinds of companies.”

In addition Earlybird and the UK-based VC firm Draper Esprit today announced to enter into a Strategic Partnership Agreement to share dealflow, investment resources and expertise to co‐invest together in high growth European technology companies. Both parties equally believe that European entrepreneurs have the ability to build significant global businesses of the future and that this partnership will enable further growth within the ecosystem.

In addition, Draper Esprit has invested an initial €18 million in the latest Earlybird Fund and committed to invest a further €17 million per annum over the next four years in the fund. Following Draper Esprit’s commitment, Earlybird’s “Digital West” Fund will have total commitments of €175 million of which €36 million has been invested to date across 13 companies. Initial companies in the Earlybird Fund VI, in which Draper Esprit has acquired an indirect stake, include Shapeshift, Everoad, Movinga, Fraugster, Medidate, Xain and Crossengage; all of which Draper Esprit believe have exciting prospects.

The Strategic Partnership Agreement creates one of the most active venture capital partnerships in Europe deploying up to €200 million a year in Seed, Series A, B and C technology companies.

Hendrik Brandis, co‐founder of Earlybird said: “Earlybird has built a leading VC position in continental Europe, and Draper Esprit has an exceptionally strong position in the UK, Ireland and increasingly across Europe. Earlybird has significant backing from mostly institutional private investors, and Draper Esprit has managed to very successfully access public capital markets, funds which we can co‐invest alongside. We believe this creates a very strong partnership of significant scale with many potential benefits for all parties – whether entrepreneurs, investors and our respective firms.”