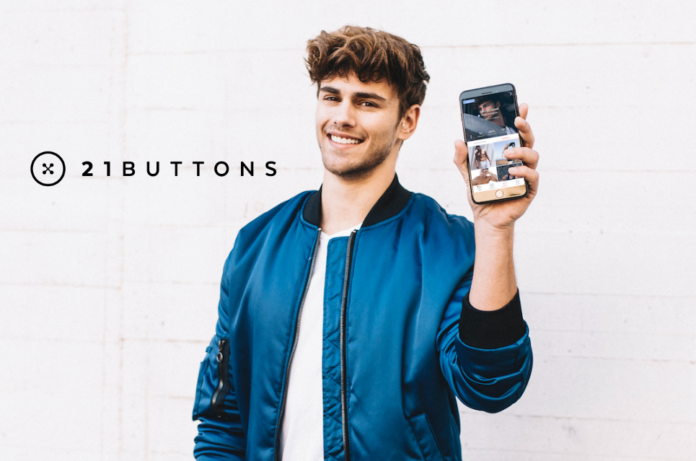 Funny. Just one week after we mentioned 21Buttons as one of 10 Spanish startups to watch in 2018 and beyond, today they announced the closure of a $17 million Series B funding round led by Idinvest Partners. The startup’s existing investors like Kibo Ventures, Breega, JME VC, 360 Capital Partners, Sabadell VC, and Samaipata also participated in the round.

The Barcelona-based fashion-centred social shopping app was founded in 2015 by two former McKinsey consultants. At first glance, 21Buttons’ app looks a bit like Pinterest or Instagram, except the clothes you see on photos can be purchased immediately. Communicated as “the ultimate fashion social and shopping network”, with 21 Buttons you are just one click away from your favourite influencer’s piece of clothing.

The heavy users of 21Buttons post pictures of their outfits and tag their clothes, which are then linked to the website of a fashion brand or to an e-commerce store. Revenue gets generated via affiliate commissions, and shared with the users.

21Buttons is about to reach 2 million monthly active users of its app quite soon. Aside of their home market Spain, the young company also operates in Italy, Germany, and the UK. The Series B round, which brings the total amount raised by 21Buttons to $31 million, will be used to accelerate the expansion to the US. The Barcelona-based startup will enter the US in the coming months, while also planning to expand to additional European markets by the end of the year. Bold plans. We like it! 🙂

By the way: To stay up to date regarding startup news, tech events and funding opportunities, make sure to subscribe to our weekly newsletter now!