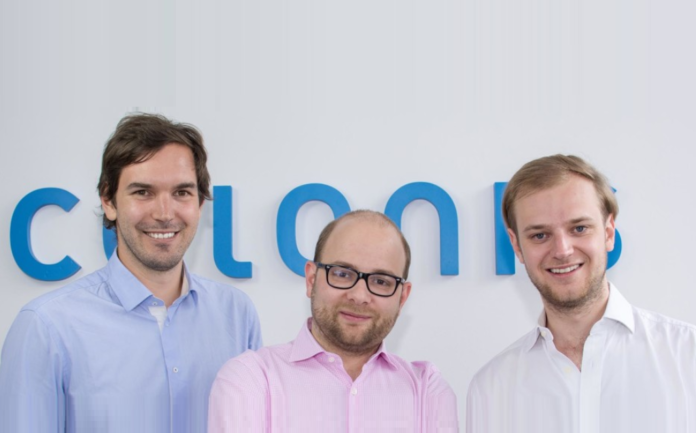 Celonis, the global market leader in process mining software, has raised $50 million in Series B funding from existing investors Accel and 83North, which values the company at $1 billion. Founded in 2011, Celonis has been a profitable company every year since its inception and has outpaced its growth targets since its $27.5 million Series A funding in June 2016.

Headquartered in Munich, Celonis quickly established itself as a pioneer in developing process mining technology. What they’re offering can also be described as big data analytics aimed at visualising and making sense of enterprise business processes.

The company has grown 5,000% in the past 4 years and 300% in the past year. Since opening its office in New York in September 2016 it has quickly added blue chip customers like Merck, Lockheed Martin, ExxonMobil and Uber to its roster. The US is the fastest growing region for Celonis and will soon exceed 50% of its total revenue.

For Global 2000 companies, transforming to an intelligent enterprise has become a key strategic priority. Celonis Intelligent Business System disrupts what had previously been a manual, time-consuming and expensive consulting-driven approach to jump-start transformation initiatives. Built on its process mining technology, Celonis provides visibility into existing process flows, a detailed analysis of process metrics, and an intelligent framework for process improvements. Organizations are increasingly turning to Celonis, because they can see an immediate improvement to both their top and bottom lines.

The fresh capital will be used to accelerate hiring and expansion plans throughout the world. Its US sales force has grown 10x in the past year, with Celonis expanding offices to Boston, Raleigh and Miami (which will serve LATAM) and planning to open Midwest and West Coast offices in the short term. Its New York City-based US headquarters, which opened with four people 18 months ago, is expanding to new offices with a capacity of over 150 employees in Fall 2018. Celonis will also be increasing its R&D investments in product development and accelerating the product roadmap.

Alexander Rinke, the Co-Founder and Co-CEO of Celonis stated: “With Accel and 83North, we have two seasoned partners who are experienced with building world-class technology companies. Not only will this funding give us more opportunity to execute on our product roadmap and ambitious growth strategy, but it really is a testament to the great work of our passionate employees who love the opportunity to surprise and delight customers with what our product can do to make them and their organizations work better.”

Harry Nelis, Partner at Accel, commented: “We’re excited to be doubling down on our partnership with the exceptional team at Celonis with today’s investment. From day one, we have been extremely impressed with the company Alex, Bastian and Martin have built, and the market demand for what they have created has exceeded all expectations; Celonis’ rapidly-growing roster of multinational clients speaks to the company’s global potential.”

By the way: If you’re interested to join a fast-growing startup like Celonis, make sure to check out the EU-Startups Job Board.