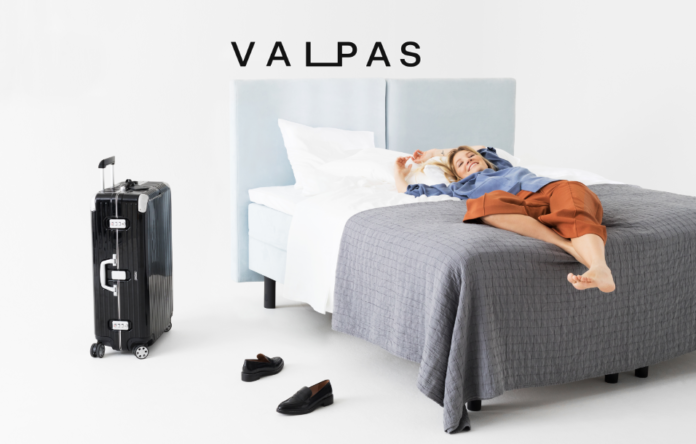 Valpas, a Finnish hardware startup, has raised €500K in seed funding led by Maki.vc with contributions from Icebreaker.vc and Reaktor Ventures. The funding will be used to advance the internationalization and the mass production of Valpas’ solution. Valpas lets people travel serene, thanks to its new IoT wellness system that prevents bed bugs. The company’s mission is to advance contemporary and conscious travel.

Today, the possibility of encountering bed bugs during travels is one of the biggest concerns for travelers, as they have increased rapidly worldwide and can tag along anyone from nearly anywhere, anytime. All hotels are involuntarily exposed to them because it is pretty much impossible to detect an introduction early enough, before they turn into an infestation and hitchhike their way to the next guests’ belongings.

Valpas wanted to find a solution to end this vicious circle. Once Valpas’ wellness technology is implemented, hotels can openly communicate they are not open for bed bugs. The negative stigma associated with bed bugs is transformed into a competitive advantage, since people can find hotels where they can finally travel serene.

Valpas’ CEO Martim Gois explained: “Before, hotels haven’t really had any choice in exposing themselves and their guests to bed bugs. Today, with Valpas, hotels have the choice to not be open for them. As a result, guests travel with a peace of mind, connecting with the hotel on a more emotional level than usually. That’s why first Valpas Collaborator hotels include some of the best hotels across Nordics, like the Swedish premium bed manufacturer DUX Bed’s flagship hotel Hotel Duxiana in Malmö, Sweden.”

The market-disrupting solution is the result of long and arduous R&D Valpas’ wellness system comprises of a platform that connects to smart IoT bed legs equipped with an in-built bed bug trap and detection sensors. Hotels just replace their existing bed legs with Valpas’ smart bed legs, and can instantly start monitoring rooms in real-time and receive notifications of eliminated bed bug incidents caught inside the legs. Valpas transforms the industry from reactive pesticide-laden infestation remediation to proactive prevention.

Valpas was founded in 2013, after Gois encountered the gnarly bugs during a trip in Indonesia. He became frustrated with existing solutions and set up Finland’s first bed bug heat treatment company. Valpas was born as a spin-off of this first business.

With its recent funding, Valpas is able to advance their internationalization and commence mass production. While the company’s focus is in the EMEA region, Valpas Collaborator hotels are opening up in South East Asia and South America, too. The company helps travelers connect with Valpas Collaborator hotels via their website. The goal is to make Valpas a new global standard.