With only €25K funding: Cologne-based Amazon branding agency factor-a got acquired at an eight-figure valuation 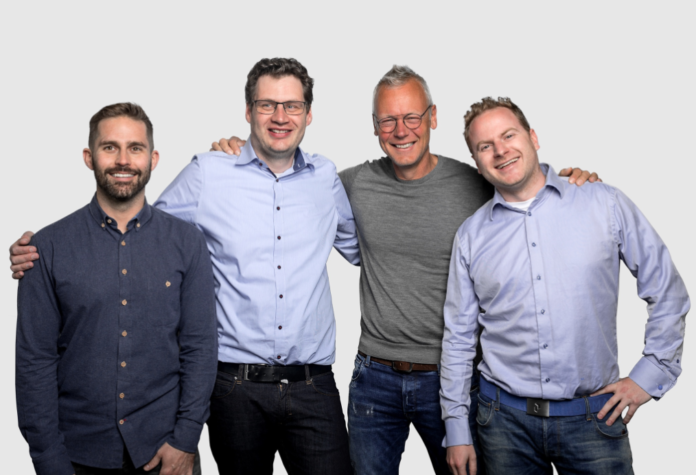 Marketplace technology specialist and Amazon branding agency factor-a is now a part of the international Digital Agency Dept. With the sale to Dept, their former project factor-a becomes part of a company made of 15 top digital agencies across Europe, writing €100 million of business in ten countries. Just three years after it was founded, factor-a garnered an eight-figure market valuation.

This is another successful exit for the investment trio Nils Seebach, Alexander Graf, and Tarek Müller, who have bundled their investments in a range of agencies, consultancies, and startups in the Wald & Wiese holding. Dept acquired 100% of the shares of their investment holding Wald & Wiese. The parties have agreed not to disclose details of the transaction.

Founded in 2015, factor-a provides manufacturers and brands with the decisive advantage for more sales on Amazon by combining intelligent software with agency performance.

Nils Seebach and Alexander Graf joined forces with Adrian Hotz and Markus Fost to set up factor-a as a result of insights they had gained from the activities of their consultancy company Etribes. Profitable from day one, the new agency required no further investment beyond its starting capital of €25,000.

In 2016, entrepreneurs Marc Aufzug (previously of Rocket Internet) and Dominik Bors (CTO and serial founder) joined the agency, expanding it to serve 100 international brand clients (including Montblanc, BIC, and Fissler) with a staff of 100 based in Cologne. factor-a now manages Europe’s largest Amazon Market Services budget and has developed several award-winning software-as-a-service products.

“We have always been convinced that the platform economy calls for a new type of company, and as an entrepreneur, it is fantastic to see how Marc Aufzug and Dominik Bors have taken the concept and turned it into an unparalleled success – a success which has been recognised by an international innovator of the calibre of Dept,” says managing director of Wald & Wiese, Nils Seebach, adding that “this sale confirms our approach at Wald & Wiese of taking new knowledge and our contacts to the market as spin-offs which can be scaled like startups.”

Incubator for agency startups: The foundation of the factor-a success story is the incubator approach taken by Nils Seebach, Alexander Graf, and Tarek Müller. Since 2011, the entrepreneurial trio have been producing blueprint companies addressing how corporates and owner-run companies can use technology to retain their independence in the platform economy. They kit out their startups with knowledge of and contacts to their clients’ core activities, an approach behind successes such as About You, Spryker Systems, the Netshops agency and the Etribes connect consultancy. To date, the trio have set up thirteen companies which now employ more than 500 people.