Consumer-behaviour, trends & changes to watch in the nearest future 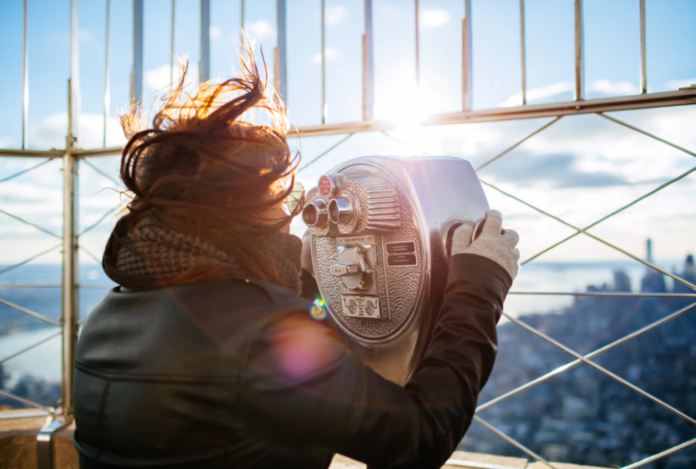 Nowadays trends scale rapidly, caused by technology and digital networks. New models of commerce are constantly causing disruption in every industry possible and the digital era is transforming our lives faster than ever, one click at a time. In the cosmetic and F&B industry, new products explode within not even a second, thanks to social media and its inﬂuencers behind this industry. The pace of tech innovation is creating huge changes in the way we work and live. The consumer itself is demanding the highest self-improvement rates from brands, by wanting them to reinvent themselves in all aspects, which is driven by consumer voices, who now have a lot more to say and state, thanks to user-driven two-way communication.

Let’s take a deeper look into some booming marks, that have already been left in 2018… Your devices know… Imagine you wake up in the morning, turn on the coffee machine and you shake your head because your coffee is just too sweet. Your coffee machine immediately offers to make you a new one. Then you look around, because you feel like something is missing; your radio starts playing and your blinds open automatically. Users are constantly moving more and more towards a shift in their relationships with technology. While ever more gadgets pop up, that have different interfaces and are equipped with various apps, it is important that you’re able to use/navigate different types of devices, but tomorrow, all devices will need to know you. Leading technology companies are working harder than ever to focus on the direct interaction between the user and the technology.

That being said, your body is the user interface… It is noticed that consumers, who use intelligent voice assistants, such as Amazon Alexa, are already experiencing slight behavioural changes. More than half of those users believe that soon we will all use our body language, touch and gestures to interact with tech, just like we do with humans, as well as that this will happen within three years or less.

Augmented hearing is a thing, and will continue to develop drastically… Apple released the wireless headphones with their iPhone 8, after getting rid of the headphone jack on their iPhone 7. 63% of users want to take it a step further and wish for a built-in real-time translator for languages, where as another 52% would wish for headphones that block out family members’ snoring. In that case, it means that headphones will become a part of our life, even when we are asleep. Regarding to more surveys advanced internet users would like to have headphones which cancel out the voices of only certain people whom you do not wish to hear clearly.

Fem-tech revolution, where female entrepreneurs are leading the way in fem-centric health tech, creating smart products designed around women’s needs… Combined with a refreshing design aestethic, female founded companies who create alternatives and new ways of enhancing the cycle of women, are booming more than ever. Companies such as Flex, Willow and the Sweden based App, Natural Cycles, which has been approved as a contraceptive, have raised massive funding in a very short period of time. Why is that so interesting? – For a long time big tech giants have been ignoring women as a target market. Women represent a target market larger than China and India put together, and controls about $ 20 trillion in consumer spending.

Hyper-personalised manufacturing, its new way of transforming the way we shop and the prices we pay for our products…  Sports brand Adidas opened a speed-factory in Germany, which is the ﬁrst automated factory that quickly produces a small batch of designs for speciﬁc markets, which cuts the production time from months into a single day. The reason behind this great technology and innovation, is that consumers shop from everywhere.

“In today’s world, where you’re more likely to order a pair of Yeezys from the back of an Uber, than in a store, the gap between wanting something and expecting to have it has shrunk down to almost nothing.” – Rowland Manthrope, associate editor of Wired UK

Technology advances and is making it possible for humans with disabilities to function completely independently in todays society… Be My Eyes and Aira – two companies which pair the blind to an assistant to trained visual interpreters. Assistance includes navigation, reading, instructions, and directions. Vision is becoming a strong target-market, Microsoft’s Garage’s hearing AI uses easily understandable graphics to illustrate sound, and shows their intensity and the volume.  Brands are ﬁnally recognising roles that can be distributed in this market, after following Toyota which launched a wearable device for the blind in 2016.

Chinese tech giants go global…  After growing massively behind China’s Firewall, they are now able to venture out to the rest of the world. Alibaba and Tencent offer access to almost 400 million Chinese households. Alibaba founder, Jack Ma, says his company could help one million American businesses to sell to China and the rest of Asia within the next ﬁve years. Yet western countries remain sceptical when it comes to China promising data privacy and security while being under pressure from their government. This expansion of Asian Tech is coming in a time period when America is slowly and quietly slowing down in the race. Quite worth following, because if Asia does manage to rebrand to focus on the western world, they will make a huge impact on the tech landscape.

Watching the huge tech backlash after the 2017 president election of Donald Trump, when Facebook and Twitter were used to inﬂuence voters…

A huge storm of bad PR for the tech sector hit especially the US which was full of allegations of fake news, gender discrimination and many others. While Mark Zuckerberg’s hearing in congress happened a few weeks back, for the whole world to watch, executives from Facebook, Google and Twitter appeared before Congress in relation to alleged Russian use of their platforms to manipulate the US election. What will happen is – big tech ﬁrms will be closely monitored by governments and regulators in the years to come, while many experts also think that “tech giants might actually shift or be disrupted within a decade or two.” – StJohn Deakins, founder and CEO of a personal data exchange platform, CitizenMe.

Our Airbnb-Everything-society… Airbnb is the largest disrupter of the hotel industry. There are hundreds of Apps that follow the same ways of living, working, travelling, commuting, dining etc. – We are developing into an almost complete sharing-economy. It’s attractive, it seems lower budget, people are not obliged to pay membership fees, rent, car insurances, or ofﬁce spaces anymore. It can all be done, while being the place you have always craved to live, and by working remotely. But back to Airbnb, which now has bigger plans than ever. Back in 2016 they already launched Trips, which gave the hosts of the platform to offer local experiences as well. It also includes experiences and local guides which future sections planned for ﬂights and services. In September 2017, Airbnb partnered with the App Resy to offer in-app restaurant reservations and reviews. In the same time period, they also announced they are planning on launching their own branded apartments and now, in 2018 the ﬁrst 300-unit building is due to open, in Florida, US. The building is aimed to the market of frequent travellers and is secured with storages, and on-site-cleaner to make the subletting through Airbnb way more simple. Airbnb has already changed almost everyone’s travel-experience, at least once, in their life. 2018 is the year for them to go from a booking App to one of the largest players in the travel industry.

While the trends since the last three years have taken a complete 180 degree turn on lifestyle, luxury, travel and health, AI (artiﬁcial intelligence) is not a “thing” of the future anymore. I remember, only a few years ago, when the ﬁrst human-like robot, Sophia, developed by HongKong based company Hanson Robotics, made her ﬁrst public appearance in mid March of 2016, and only a year after that, got declared of a citizen of Saudi Arabia, which made “her” the ﬁrst non-human to be given any United Nations title. …like these will start to be a part of our everyday life, without us even seeing it as a phenomenon anymore. Devices interact with us, Apps have the possibility to make our lives much easier, technology can even take over daily tasks we would need to accomplish all by ourselves. Let’s just remember, that these occurrences are amazing, but try to not forget to speak to each other, enjoy the nature and once in a while switch off from our technology, to make sure it doesn’t take over our lives.

To stay up to date regarding tech trends, startup events and funding opportunities, make sure to subscribe to our weekly newsletter now!

Hannah Neuburger
Hannah Neuburger is a Design Management & Strategy specialist with a background in Interior & Product Design. Hannah changed her path in 2017 to launch her first App and to fully integrate herself into the world of startups in Europe.
RELATED ARTICLES
Estonia-Startups