Fake News: Thoughts about their impact and about our very own responsibility 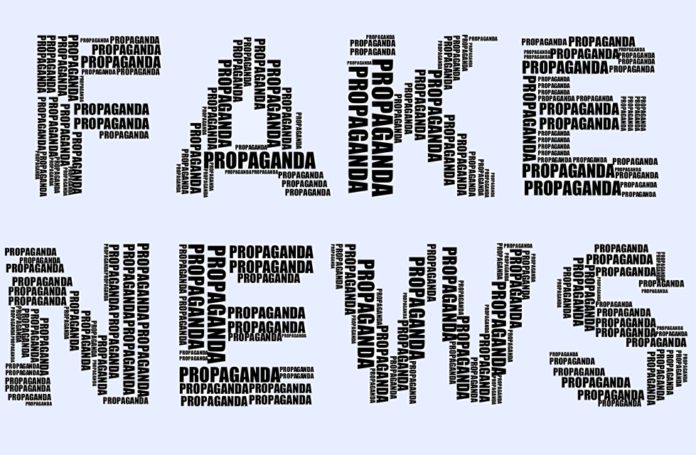 In a time in which so many complain about Russians having played a big part in the American elections, Brexit voters having voted against their future, and that right-wing growth is the result of online radical movements and finding whatever else excuse in the fake news. I say: you are the fake news!

Technology is a driving force for change but, so far, humans have been behind the wheel. It is up to us to use it in the best way possible and, when we do not, we should do a small exercise of self-criticism.

Unfortunately, it seems that those elections were yesterday. The vast majority of western media blindly supporting Hilary Clinton, most of the moderates of the world as well, and then it happened. As people see it; from one day to the other, Russians posted something online that fooled millions of Americans into voting for Trump. Really?! Media says it, obviously, as they were the ones doing the worst and more unbalanced coverage of a US election since the beginning of times; and lost.

People started jumping on the bandwagon and pushing for news that the Russians had hacked the US elections. Proof? Well yes, that a lot of content was being pushed by some “e-farms” in secondary economies, namely in the ex-USSR region. Still, if they did so, counterbalancing most of the western media; what should this mean? This means that it was regular people who actually “hacked” the elections whenever the shared content without being sure it was real and from good sources. So; you are the reason for “fake news”.

Brexit was actually what showed the world that these “fake news” could play a big part in elections. Unlike in the US, in the UK, politicians did not point fingers at other nations stating someone external to the country played a massive part in the outcome of an internal political event. Brexit happened while Europe was, and is, is going through a rough patch. They had all the right in the World to vote “in” or “out”. The reasons that led them to vote “yey” or “nay”, those were the “fake news”. Both sides did it. So if you pushed, shared, liked, or tweeted any news about the UK before the elections and you did it without proper research; you contributed to “Fake News”. England was never 100% “in”, which makes it even harder for me to understand the “spoiled little brat” attitude by some of the EU leaders right after the results published. One of those leaders even though he was important enough to abandon the European population in exchange of trying to be a big man in his home country. Did not work out for him and I hope there is no more room for him in Brussels.

Whenever we post news we did not research about, we are pushing for “Fake News”. Now, think how many times you re-tweet without having doubled check an information! This is the base for fake news. It is you… not the guy scribbling down fake stories in a country far away. If you don’t share, he won’t survive. The problem is that nowadays Media outlets are using Twitter and Facebook posts as “reliable sources” and more often than not, they do not look for a 2nd and 3rd confirmations of the story.

How to kill “Fake News”?

There is a simple exercise I tend to do these days:

1) a Technical analysis shared by people who don’t have the background. Don’t read it. Don’t share it.

3) Never share before reading the whole article and looking for other sources to confirm it.

4) Don’t have light opinions on things. Think deeply about it. Maybe, deep down you might defend something different from what you are reading. Sharing a post that has Zuckerberg or Gates on the picture does not make you smarter or more interesting; if anything, it makes you a “magazine”.

1) Instead of plain sharing, read and if you want to make your opinion public to the World write it down yourself and share your knowledge. Such will push you to double think about what you just read

2) Whenever you find wrong or deceitful news, try to find the opposing view and post the facts.

3) Stop “consuming”/following sensationalistic media outlets. They are after money and for that, they need your eyeballs on their pages.

The world of real news

It is certainly getting harder to know what is really true. Such is even more accurate when one reads the same media channels day after day. If you do so, you are probably contributing to this social unrest around “Fake News”. To find the truth, one newspaper is not enough. Technology allows you to read newspapers from all parts of the World. If they mention a study, there is a big probability you can find the study and who funded it. This is the only way for you to filter out the noise.

News reporting is an art in a path of extinction, and it depends on the reader to make it survive as the big corporations are nothing more than news bounty hunters.