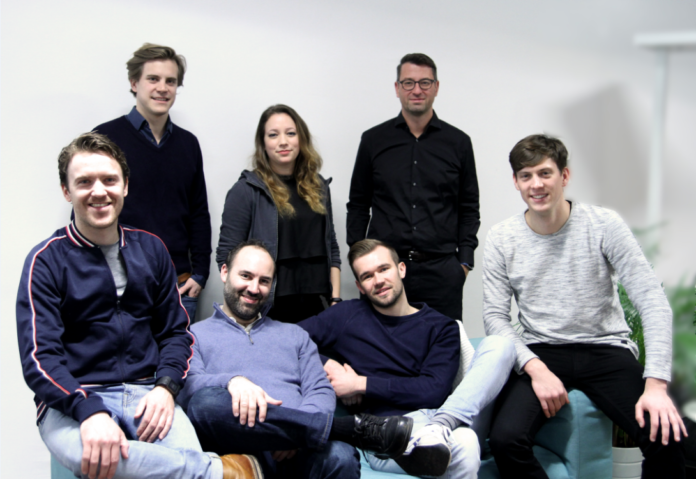 Speedinvest x is a new Micro VC fund under the Speedinvest-umbrella that focuses on early-stage investments (pre-seed, seed and early Series A) ranging from €100K to €1 million in European entrepreneurs who are building the platforms and marketplace businesses of tomorrow and the technologies that enable them. While the fund has a clear business model focus, it is completely sector-agnostic and invests into network effects powered platform businesses of any type. While closing the fund, the Speedinvest x team has already been busy and invested in four companies based in Austria, Germany and the UK. Most recently, the fund invested into London-based Stowga, a B2B-marketplace for on-demand warehouse capacity.

Speedinvest x will be headed by Mathias Ockenfels who has joined Speedinvest alongside Daniel Hoffer, who is assisting with the launch of the fund. Having previously focused on investments in marketplace-startups at Point Nine Capital as well as a General Manager Germany at Uniplaces, Mathias is one of Europe’s most acknowledged marketplace enthusiasts. He will continue to be based in Berlin where he runs Speedinvest’s new Berlin office. Daniel Hoffer, an experienced marketplace-entrepreneur (co-founder and former CEO of CouchSurfing) and Silicon Valley-based investor (formerly Partner at Tandem Capital) will be supporting the fund on a part-time basis as “Advisory Partner” in evaluating investment opportunities and helping portfolio companies succeed out of Speedinvest’s San Francisco office.

Speedinvest x has recently completed a first closing of the new fund with commitments amounting to €20.5 million. The final closing should bring the total fund size to €25 million in fresh capital and is expected to happen within the first half of 2018. These funds will be invested into the next generation of European marketplace-founders over the coming 3-4 years. It is matched 1:1 and hence doubled to €50 million by the existing Speedinvest funds that will co-invest alongside Speedinvest x by automatically mirroring its individual investments deal-by-deal.

Michael Schuster, Managing Partner at Speedinvest: “We strongly believe that verticalization poses a significant positive impact on founders, LPs and the investment team. Speedinvest x combines the know-how of experienced LPs such as Russmedia and ProSiebenSat.1 PULS 4 with a strong team of operators around Mathias Ockenfels and Daniel Hoffer. Thereby founders can access a vast pool of learnings and insights from some of the most successful marketplace models in recent years (Lieferando, SpotHero, CouchSurfing, Shpock, Xeneta, wikifolio, StarOfService, Tourradar,…).”

Mathias Ockenfels adds: “I have a strong conviction that the “platform-trend” is here to stay and has actually just begun: Centralized or decentralized marketplaces will continue to “eat the world” enabled by new technologies in areas that we cannot even imagine today. For example, there are still many untouched B2B-categories that are ripe for disruption through a platform-approach such as logistics, manufacturing, agriculture or construction. If you are launching a platform in these or adjacent areas, come and talk to us!”