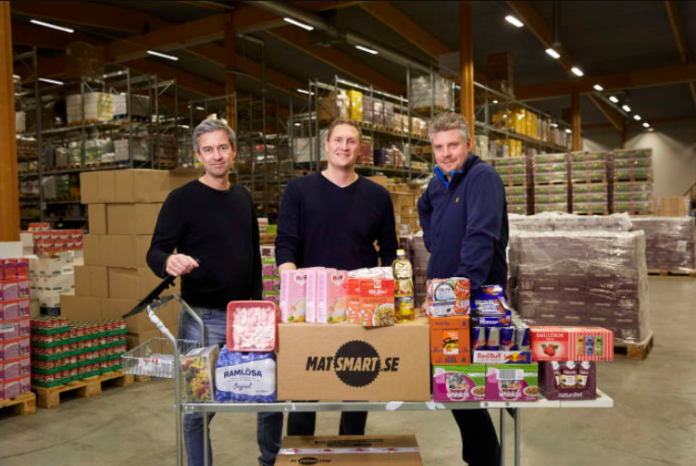 Swedish e-commerce startup Matsmart just raised a total of €7.5 million from new and exisiting investors. The funding will be used to further expand in the Nordics and across Europe. Founded in 2013 in Stockholm, Matsmart sells surplus food that would otherwise be thrown away, due to changes in branding or packaging, seasonality or short expiration dates.

In 2016, Matsmart prevented 708 tonnes of food from going to waste. The startup has seen explosive growth, with yearly revenues of €20 million. Matsmart officially launched in Sweden in 2014, and has since then expanded to Norway and Finland.

CEO Karl Andersson commented: “With this new funding, we will continue to focus on growth. There is still a lot of work to do to solve the issue of food waste, and we see strong interest from both consumers and suppliers. We will also be looking at new markets for further international expansion.”

Karl added: “D-Ax has significant experience in the food and retail sectors, and invest with a long-term view, which suits us perfectly. Norrsken focuses on companies that have a positive impact on humans or the environment, and align well with our vision: a world without food waste.”

Tove Larsson, Investment Manager at Norrsken stated: “Food waste is an important environmental issue, and we think that Masmart are tackling it in a smart way. They are addressing the immediate issue of saving food that is going to waste, and in the long term, they are also able to influence the root causes of the problem, by helping suppliers reduce waste, and changing consumer behaviour in relation to best-before dates.”

The future of meat is going to be exceptionally tasty: Interview with CTO and co-founder of Meatable, Daan Luining