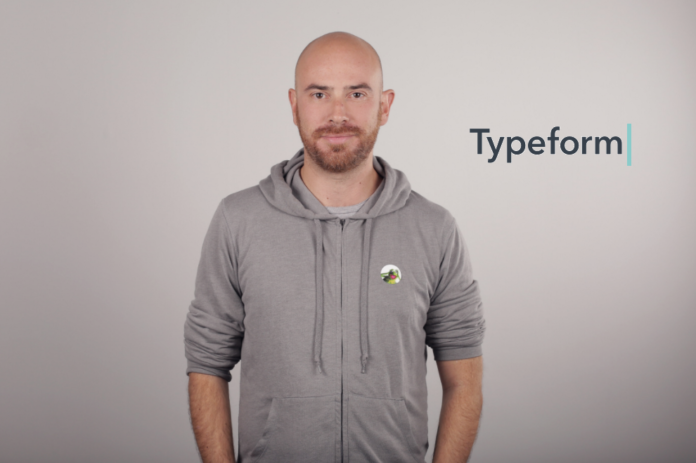 We recently had the chance to do an interview with David Okuniev, the Co-founder & joint CEO of Typeform. Founded in 2012 and headquartered in sunny Barcelona, Typeform is a web-based platform for collecting and sharing information, in a conversational, human way. Today, people from all over the world are using typeforms to create anything from surveys to apps, without writing a line of code. Typeform can easily be described as one of the biggest startup success stories of Barcelona. David and his team were able to raise more than $50 million in venture capital from some of the world’s leading VC firms. Enjoy the interview:

How did you come up with the idea for Typeform and how did it all start?

It all started on the toilet…Well not literally, but figuratively.

The original idea for creating an awesome form was born out of a project myself and my co-founder Robert were involved in back in the day, for a Catalan toilet company called Roca. We had been tasked with building a lead generation form to collect leads from visitors at the Roca Gallery in Barcelona.

Although Roca produces toilets, they are also a big innovator in their industry. Roca Gallery is a space that was built to showcase their newest innovations, so we had to create something that would stand up to that. A plain old regular form was not going to cut it. So instead we tried something else, something more conversational. Bear in mind, this was years before the term conversational UI would become mainstream.

How have you been able to make deadly boring forms that awesomely beautiful? Let me says that’s really a huge accomplishment!

The answer is time.

Typeform as a product did not really start taking shape until about a year and a half after we completed the Roca project, so we had plenty of time to get things just right. It was almost as if we were running a lab for creating the best form ever. We tirelessly worked through multiple iterations, taking care of so many little details in the form interaction. What you see today when you fill in a typeform is the result of obsessing over hundreds of little details over a long period of time. Bear in mind that we were in no rush, we were still working in our days jobs (running our own little web shops), so we had a lot of patience & determination to get the typeform format just right and by the way, we were still bootstrapping the whole venture at that time, so it suited us fine.

What I really love about Typeform is that everywhere you look it really talks about humanity and beautiful things. Looking at it as an outsider it communicates to me that also those working with you are first of all nice people of great humanity. What are you looking at when hiring new people to join your team?

Like most companies we also look for the most talented and passionate people we can find. But one thing we also quiz hard on at Typeform is on Humility. Why humility? I guess the obvious answer if that the more good hearted people around, the better the experience for everyone. But there is more to it… I believe that when a person is humble there is always more room for progress, more room to admit failure and more room to learn.

Attending the Startup Grind BCN – SF Summit, at the start of October in Barcelona, I heard you speaking about your introvert nature, which is something that is common to me as well and that makes me struggle a bit especially when it comes to networking and speaking in public. What are your suggestions for other entrepreneurs with a similar personality?

One thing to bear in mind is that people will always feel you are a better public speaker than you think. I often struggle with public speaking because of the anxiety it produces. And although I usually get positive feedback after I speak, the experience of preparing for a talk and the fear of going blank or just feeling being prepared enough, makes public speaking always a bit stressful. But anyway…the more you do it the easier it gets. Practice makes perfect.

With Typeform you have now already raised several millions from top venture capital investors. Do you have any suggestions that you can share with startups looking to raise funding?

Don’t just choose money, choose smart money. Smart money comes from people that can truly help you grow. So look for investors that can truly bring value (and not get too much in the way).

Currently, what are your growth plans for the near future?

We’re relaunching Typeform next February with a new brand and a revamped product. We’re also opening up shop in San Francisco next year in order to push our developer offering harder in the US. There are many things in the oven to be honest, but I’ll hold back revealing more at this point.

What is your experience with Barcelona as a location to start and scale a tech company?

It’s been great so far. The cost of starting up in Barcelona vs San Francisco (to choose an extreme) is around 3x cheaper. For us, this was key in scaling fast without having to raise shit loads of cash early on.

Barcelona has also been great in helping us recruit talent from all over the world. People just love Barcelona and are more than often open to relocating. It’s just a great city with a great quality of life.

How do you think the current political and social situation around the independence of Catalonia will affect the local startups scene? Will Barcelona remain the main location for Typeform regardless of what’s happening on that side?

We’ve already seen some senior foreign candidates pull out of processes because they don’t want to take the risk, especially those with families.

Barcelona will remain a great place to startup and our HQ will remain here, but I do sense that the current situation is working against the local ecosystem’s growth and potential to compete hard against European tech hubs the likes of London and Berlin. 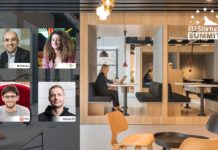 Apply now to join the finals of our big Pitch Competition at the EU-Startups Summit on May 28-2... 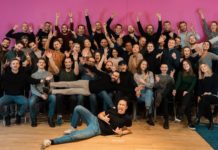 Carlota Pi, Co-Founder of Holaluz, will speak at the EU-Startups Summit on growing a greentech ...