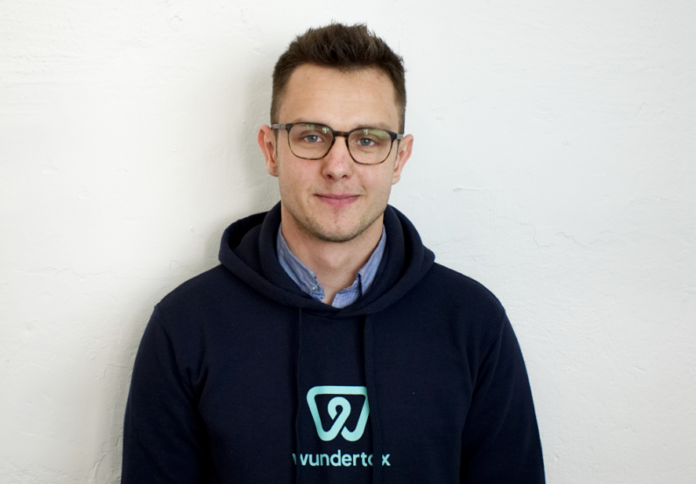 Starting at the end of 2015, the tax startup wundertax has already recouped tax refunds of €40 million on behalf of its clients. The wundertax service is aimed at specific groups of people and occupations, which among others includes students, apprentices, police officers, soldiers, firefighters and teachers. And since the beginning of 2017, all expat employees working in Germany have been able to create and submit their tax declaration quickly and easily in English via PC, tablet and smartphone at www.germantaxes.de.

As part of the Series A financing round, wundertax has received an investment of €4 million to achieve further growth. This funding round was led by PROfounders Capital from London and Capnamic Ventures from Cologne. wundertax is based in Berlin and was founded in October 2015 by David Czaniecki. The young company currently employs around 25 people.

wundertax’s unique selling point is its user-centred focus: Target-group specific platforms allow a more differentiated response to user needs than in the past. And as the platform is largely automated and includes many support features, it guarantees a minimal time investment as well as a maximum tax refund for the user. The platform has been carefully designed to accommodate novices who have little or no previous experience of tax declarations, and so is intuitive and easy to use.

Everyone should be able to create their own tax declaration, right? wundertax founder David Czaniecki came up with the idea of specialized tax declarations shortly after completing his studies. When claiming his own tuition costs, the flood of incomprehensible tax forms presented an almost insurmountable obstacle. Since approaching a tax consultant was beyond his budget, and popular tax software programs failed to cover student-specific situations, he decided to develop an online platform which offered all students and graduates the opportunity to recover most of their tuition costs from the state.

“When I started wundertax two years ago, I never imagined we would reach so many people in such a short time. We want to make the subject of taxation accessible to everyone and allow every taxpayer the chance to claim a maximum tax refund with minimal effort, without prior specialist knowledge. I am even more pleased that we have been able to win over two well-known financing partners, PROfounders Capital and Capnamic Ventures”, says David Czaniecki, founder and CEO of wundertax.

wundertax began with a tax-optimized student tool before going on to add many more specialized web applications in 2016. Since millions of people in Germany have not filed a tax declaration to date, even though they have a voluntary entitlement to claim back many hundreds of euros from the Treasury each year, wundertax also provides a simple tax declaration for all workers via www.steuererklaerung.de. And for the many hundreds of thousands of employees from abroad, the startup has also developed a further dedicated platform at www.germantaxes.de.

New markets with new partners Not only in Germany, but also in many other countries around the globe, complex tax systems are presenting citizens with hurdles which can prove almost impossible to overcome. Investors believe wundertax has great potential to redress the balance and break down these barriers over the coming months and years. The main investors in the Series A round of financing, PROfounders Capital, have indicated their particular willingness to support wundertax in their forthcoming international expansion.

“The subject of taxation is becoming almost impossible to grasp, especially for young people. And here wundertax has done outstanding pioneering work in a very short time. Not only in Germany, but also in many other countries, there are tax systems waiting to be revolutionized. So we are pleased to be able to support wundertax’s new market initiatives”, says Sean Seton-Rogers, Managing Partner of PROfounders Capital.