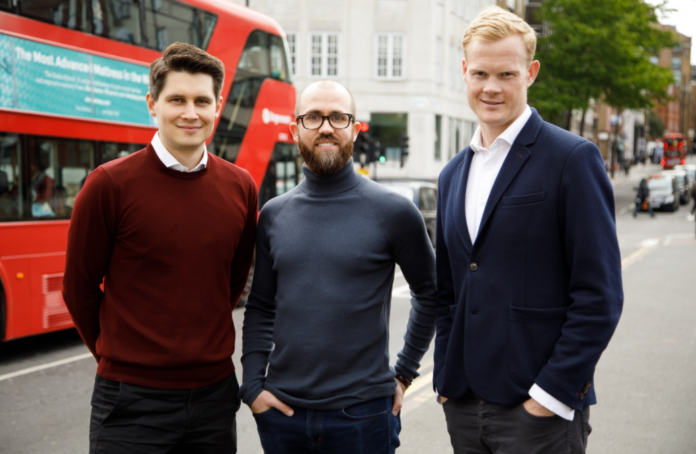 Pay-as-you go insurance provider Zego has raised €6.7 million in Series A funding from Balderton Capital, as the startup gets ready to launch new products for flexible workers employed in the sharing economy. Clerkenwell-based Zego, which has grown from seven to 33 employees since the start of 2017, has also raised funding from original investor LocalGlobe and from angel investors from the insurance sector.

Zego, started by former Deliveroo managers last year, will use the funding to hire more specialists for its engineering team, as well as staff to build key business functions. It is on the verge of launching a suite of insurance products for self-employed people, including those working in the so-called gig economy. It is also looking to expand internationally in the next six months.

Zego is moving fast to fill the gap created by platform businesses such as Deliveroo, Quipup, Uber and Uber Eats, which do not consider their workers to be employed. Platform businesses have been under scrutiny following a series of employment tribunals and court cases which have questioned the nature of the relationship between the platforms and people who work with them.

At present Zego provides specialist pay-as-you-go insurance to delivery drivers using cars and scooters for food delivery. In 2018 Zego is focused on delivering a range of additional benefits to support the self-employed worker, along with alternative vehicle products. Zego is also working on a tracking-based product that will make it possible for safer drivers to pay less overall.

All of Zego’s insurance products are based on the principle that drivers should pay only for the hours that they are actually driving the car, van or scooter. All car, motorbike and scooter drivers are required by law to be insured for the periods that they are delivering, but the expense and difficulty of buying a policy can be a sticking point in signing up new drivers. Before Zego launched in the market there were only annual policies available.

Gig economy workers need new services, including insurance, that allow them to work the way that they choose to. Zego wants to empower people to work in the way they wish, by providing an affordable flexible product at a cost that is proportionate to the hours worked.

Zego CEO Harry Franks said: “Zego provides hardworking drivers with the tools to make gig economy jobs work for them. Before we came along drivers who wanted to work flexibly and part-time were ill-served by the insurance industry and were forced to pay for insurance cover they did not use. We’re delighted that Balderton wants to work with us as we develop pay-as-you-go policies for the fast-growing numbers of self-employed and sharing economy workers.”

Rob Moffat, partner at Balderton Capital, stated: “At Balderton we have been looking in depth at tech companies in insurance over the last few years. Zego really stood out with their innovative insurance products solving a major problem for drivers. They are in a new and fast evolving market that traditional insurers find it hard to adapt to. We were blown away by the execution speed of Harry, Sten, Stu and team and their ambitious plan to offer a wider suite of insurance products that resolve many of the problems gig economy workers face.”

Zego’s drivers are also carefully vetted, using identity referencing, credit, claim and conviction checks and other available public data, to make sure that only responsible drivers are insured on the system. As a result the company is already showing positive underwriting results in a traditionally challenging area of the motor market.

Zego was founded by three tech entrepreneurs with first hand experience of crowd-sourced companies. Before starting Zego, Harry Franks worked at Deliveroo and before that luxury rental business onefinestay, which was sold to AccorHotels last year. Sten Saar, co-founder and chief operating officer, started his first company at the age of 17 growing it to a net revenue of $1 million. He later worked for onefinestay and latterly developed operations at Deliveroo, while it was growing rapidly. Stuart Kelly, co-founder and chief technology officer was lead developer at Mainframe and then head of engineering at successful startup Hubble, where he was responsible for developing the technology to create a scalable global platform.