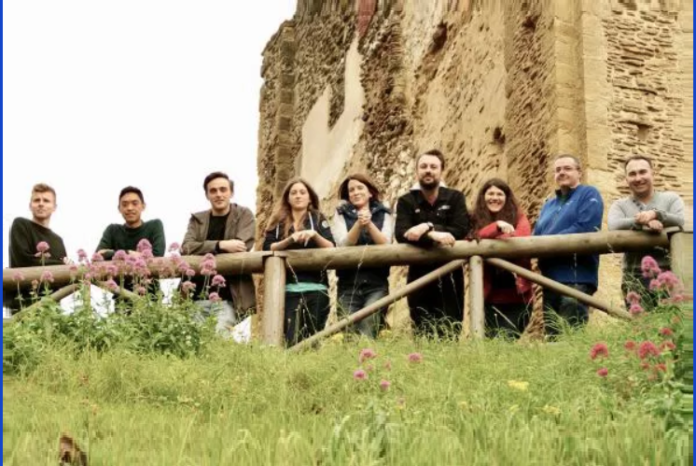 Mojiworks, one of the leading startups dedicated to creating games for the world’s fast-growing chat and messaging platforms, has raised €2.4 million in funding led by Balderton Capital. Balderton was joined in the fundraising by Lifeline Ventures and Sunstone Capital. The fresh capital will enable the Mojiworks team to launch multiple new game projects and expand their Guildford headquarters from 10 to 25 staff in the next 12 months.

With more than five billion people worldwide using messaging apps every month, messaging is might become the next big platform for games, and Mojiworks is at the forefront of messaging games development.

Formed in 2016 in Guildford by Matthew Wiggins (CEO) and Alan Harding (CTO), Mojiworks develops and self-publishes multiplayer HTML5 games that users can play directly from their favourite messaging apps.

Mojiworks was the first to market with collaborative games for iMessage, and within its first year of operation, the team released two ‘proof of concept’ games MojiQuest and Moji Bowling, which between them have already attracted 1.5 million downloads.

With the latest round of investment secured, the company is focusing on developing games that bring together diverse groups of interconnected players, starting with QuestFriends, a multiplayer adventure game for Facebook Instant Games, which is aiming for launch later this year.

In QuestFriends, players will undertake quests in an original fantasy world, working together to tackle challenges and sharing in the rewards of their adventure – all via Facebook Messenger.

The game will enable friends and family to play together towards shared goals, and each individual player will contribute to the group’s overall success. The cooperative style will be a key feature of QuestFriends, allowing it to stand apart from the current crop of messaging games and make the most of the group interaction potential afforded by the latest messaging apps.

The fresh funding will enable Mojiworks to develop additional game projects across a variety of other genres, and experiment with new types of game interactions made possible by the technology and the communities that are connected by messaging apps.

Matthew Wiggins, Founder and CEO of Mojiworks, stated: “Since starting Mojiworks just twelve months ago, we’ve built a great core team and several proof-of-concept projects that excelled our goals many times over. It has confirmed our belief that messaging will be the next huge games opportunity. I’m tremendously pleased that, with Balderton’s involvement and continued support from Lifeline and Sunstone, we have a tight team of investors and advisors with a history of building companies that become market leaders through product innovation and cultural excellence. This investment will help drive our growth from pioneers in an emerging space to a leading force on the next platform where billions of people will play together.”

Suranga Chandratillake, Partner at Balderton Capital, said: “The games industry is one where, generation after generation, Europe has led the global way, making it a particularly important sector for a European venture capital firm like ours. With billions of people already connected in a low-friction, high-engagement environment, we believe that messaging platforms will be the next great game frontier. We are particularly excited to have this opportunity to work with Matthew and Al – they are successful, repeat entrepreneurs who have been designing, writing and producing games since they were at school and have already built an incredible team to take on this massive new opportunity.”