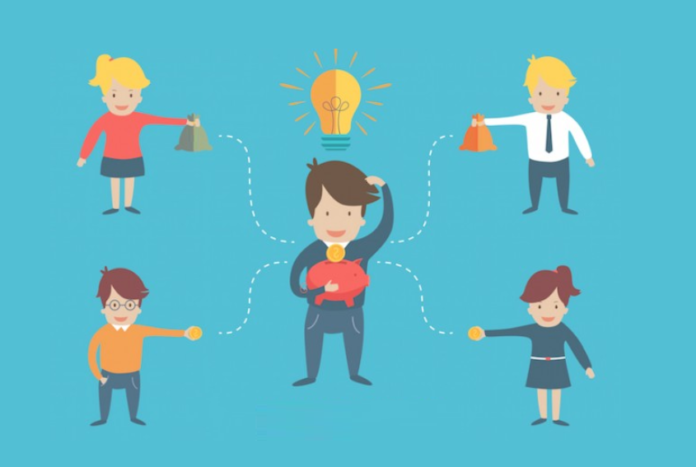 The level of crowdfunding awareness across the globe has increased significantly over recent years – both for reward-based and equity-based crowdfunding. With World Bank projections that crowdfunding could reach hights of about $90 billion between 2020 and 2025, it’s no surprise that more and more startups and individual investors are considering crowdfunding as their choice of raising funding or investing money. Startup financing is no longer a privilege of venture capital funds or super wealthy individuals, but became available to almost everyone. Here are Europe’s Top 10 equity-based crowdfunding platforms:

Seedrs, UK – Seedrs is the UK’s most active funder of private companies and Europe’s leading equity crowdfunding platform. The platform allows users from the UK and Europe to invest into growth focused European businesses of their choice. For businesses Seedrs makes it possible for early-stage businesses from UK and Europe to raise funds from a diverse range of investors, from angels and venture capitalists, to friends and family. Seedrs, launched over six years ago, and so far over £395 million for 585 companies across the UK and Europe has been raised on the platform. Seedrs has teams across all the European markets with offices serving entrepreneurs in London, Lisbon, Berlin and Amsterdam and New York. For investors, Seedrs’ Secondary Market is a unique offering, the only fully functioning early-stage equity secondary market in the UK. This allows investors to realise returns by selling shares in Seedrs funded companies, to either increase their share or buy into a round they may have otherwise missed out on.

Crowdcube, UK – As one of the world’s first equity-based crowdfunding platforms, Crowdcube enables entrepreneurs and SMEs to raise capital in various industries such as Art & Design, Consumer Electronics, Film & TV, Professional Businesses and Services and among others via equity, debt, and investment fund options. Launched in 2010, Crowdcube makes investing accessible, affordable and rewarding by enabling everyday investors to invest alongside professionals. Since Crowdcube first pioneered equity crowdfunding in 2011, a total of £358 million has been invested through the platform from a crowd of over 450,990 registered members, in over 590 raises. In February 2014, Crowdcube launched the Crowdcube Venture Fund  that allows investors to crowdfund startups with the extra reassurance that their money is invested, managed and monitored by an independent professional fund manager.

FundedByMe, Sweden – FundedByMe was founded in Stockholm, Sweden, in 2011 and is one of the first crowdfunding platforms in the world to offer both reward-based and equity crowdfunding. While its reward-based orderings are available across the world, equity crowdfunding is available only in Europe. Additionally, the platform offers two other financing methods: silent partnership and loans. Over the course of the years, more than 463 companies from 25 different countries have been successfully funded with more than €39 million. Their member base is a growing network of more than 93,000 investors from over 197 countries around the world. The particular focus of FundedByMe is the internationality, as the platform is focused on facilitating cross-border investments that benefit both entrepreneurs and investors. Today FundedByMe has offices in 6 countries and is now preparing for global expansion with announcement for start of operations in Mexico and Dubai. Additionally, an initial public offering is in the pipeline for 2018.

Companisto, Germany – Companisto is a Berlin-based equity crowdfunding platform with several renowned business angels, corporate finance specialists, and venture capital companies in its network. Founded in 2012, Companisto differentiates itself by offering various forms of payment, ranging from payments directly through one´s credit card to instant money transfers to bank transfers, allowing investors to be located anywhere in the world. Investments are between €5 and 500,000 per investor with no limit on how much funding a startup can raise. Its real estate crowdfunding offer for a five-star-superior luxury resort, Weissenhaus, has raised a historic €7,500,000, making it one of Europe’s most successful crowdfunding offer ever. With more than 70,000 investors from 92 countries and total investments of over €40 million, Companisto managed to become a leader within the market, controlling up to 21% of domestic market share.

Invesdor, Finland – Invesdor is an equity-based crowdfunding platform based in Helsinki. Founded in 2012, it operates as a matching service between investors and companies. What is interesting is that the platform gives businesses full discretion over how they raise money, including deciding who can see their investment requirements and who should be able to invest. The raise consists of a three-phase crowdfunding round that offers startups case evaluations and pitching to Invesdor partners before the round goes live. Their competitive edge however is seen in its supplementary services, from offering legal advice, to auditing services, to branding development, and much more, highlighting their long-term commitment to helping the companies registered in Invesdor to grow and making it the largest cross-border Nordic equity crowdfunding platform. So far Invesdor has raised more than €38 million with 102 successful rounds and 213 companies listed.

Seedmatch, Germany – Probably the leading equity-based crowdfunding platform for Germans startups is Seedmatch. The Dresden-based company was founded in 2009 and is a matchmaker between investors and startups, allowing the investors to get their equity shares starting from €250 for an individual portfolio. There are high standards for quality information that startups need to meet, however in return Seedmatch offers a big pool of investors who take active part in the entire process from actual funding to providing valuable feedback to the startup.  Seedmatch focuses on scalable business models and innovations from various industries including B2C and sustainability. With almost €33 million successfully invested into startups, of which 102 projects had been funded, it remains unsurprising that Seedmatch maintained a 95% success rate. With nearly 55,000 members within its network, Seedmatch holds 30% of the German market share alone.

Funderbeam, Estonia – Funderbeam describes itself as the world’s startup marketplace. The company combines global company data with blockchain-powered syndication and online trading, lowering investment barriers and bringing on-demand liquidity to startup investors worldwide. Founded in 2013 in Estonia, Funderbeam’s vision is to build something akin to a “global stock exchange” for startups. The company covers all steps in the investment lifecycle, from initial screening to syndicate creation, management and exit. Using advanced blockchain technology (a public ledger of transactions), investments are tokenized. Each digital token represents its owner’s rights in an investment syndicate. Funderbeam also has an office in the financial hub of London, and has already established its solid presence in the European market. Being recently backed by Japanese investment Fund, Funderbeam’s next stop is Japan and Asia-Pacific.

MyMicroInvest, Belgium – MyMicroInvest was founded in 2011 as an investment platform which uses crowdfunding techniques to allow individuals to select and invest alongside professionals in European startups and SMEs. MyMicroInvest develops a funding model for selected projects, which consists of a combination of professional investments on the one hand and crowdfunding on the other. Consequently, it can offer private individuals a unique opportunity to invest in risk capital, along with professional investors and business angels, enjoying the same conditions and allowing them to diversify their investment portfolio. Thrugh MyMicroInvest more than €31.5 million have been raised since its commercial launch and the platform has more than 35,000 members. They were also the first crowdfunding platform in the world to develop a system allowing young companies to make a public offering for Belgian savings by establishing a relationship of trust with the Belgian Financial Services and Markets Authority.

WiSEED, France – WiSEED creates innovative investment opportunities by leveraging the collective intelligence of a 70,000-strong and growing investor community. Launched as the world’s first equity crowdfunding platform in 2008, WiSEED literally allows everyone to invest in sectors like biotech, cleantech, digital, industry or real estate – assets that have long been accessible to only an elite group. Since its creation, WiSEED’s community has invested over €55 million in the real economy by backing more than 120 projects to date. WiSEED, which is available in French and English, is authorised and regulated as PSI (Provider of Investment Services) by the French Prudential Supervision and Resolution Authority (ACPR).

Startupxplore, Spain – Founded in 2014, Startupxplore is the largest startups and investors community in Spain, with more than 10,000 companies. The site’s main focus is its syndicate investment platform, that helps time-savvy, unexperienced and foreign investors to invest in Spanish startups while diversifying their portfolio by co-investing along a group of top-level Spanish lead investors with a proven track record on startup investment. The goal Startupxplore is to give you the tools so that you can create a diversified and balanced portfolio of investment in innovative companies.

If you want to learn more about different sources of funding (e.g. business angels & accelerators), please make sure to check out our premium reports with further info.