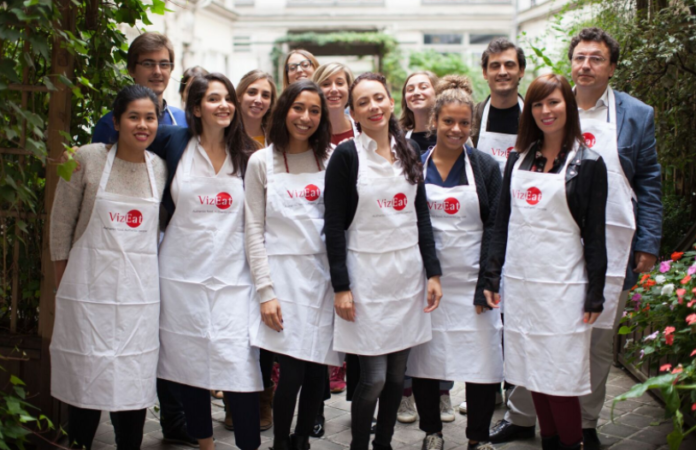 VizEat, Europe’s largest social eating platform, has successfully acquired EatWith, a US-based competitor in the communal dining space. The financial terms of the deal were not disclosed. This acquisition positions VizEat as the world’s leading enabler of social eating experiences with locals, and thus at the forefront of the sharing economy within the food and travel sectors.

Founded in Paris in July 2014, VizEat has grown considerably from 50 hosts to more than 25,000 in 130 countries, facilitating travellers and residents alike to use the application to discover and share authentic meals and experiences, such as cooking classes and walking food tours, with locals all over the world. In September 2016, VizEat raised its second funding round, securing €5 million to-date from world class investors including Eurovestech.

EatWith, founded in 2012 and headquartered in San Francisco, has a high-end community of hosts in 50 countries around the globe. The platform has a strong presence in the US, Europe and Israel and focuses on delivering authentic dining experiences at locals’ homes. Previously VizEat acquired a similar startup named Cookening, in 2015.

The acquisition will widen VizEat’s global offering and increase the number of food experiences available to its guests on the platform. Additionally, VizEat will further expand its offering for its global partners within the Tourism & Travel industry, both online and traditional. EatWith will continue its existing partnership with TripAdvisor on the “Dine with a Local Chef” section.

Jean-Michel Petit, Co-Founder and CEO at VizEat stated: “Both EatWith and VizEat share the same values: we’re passionate about connecting travellers with local people around the dinner table, allowing travellers to discover the culture from the inside by meeting real people in their home setting. We’re thrilled that this acquisition will enable VizEat to bring greater variety of authentic local experiences to more people across the globe, alongside welcoming additional hosts from all over the world into our community.”

Susan Kim, CEO at EatWith said: “We are beyond excited that EatWith will now be a part of VizEat, making this combined entity, far and away, the largest social dining platform in the world.”

With more than 25,000 hosts across 130 countries, VizEat is now the world’s largest social eating platform, which connects travellers and local hosts around authentic immersive food experiences at their home setting: dinners, cooking classes, food tours and much more. Its website and apps are now available in English, French, German, Italian, Spanish and Chinese. Anyone can sign up to become either a host or a guest. The mobile apps for VizEat are available for download for iOS and Android.