We’re relocating to Barcelona – See you at the EU-Startups Summit 2018 on April 24! 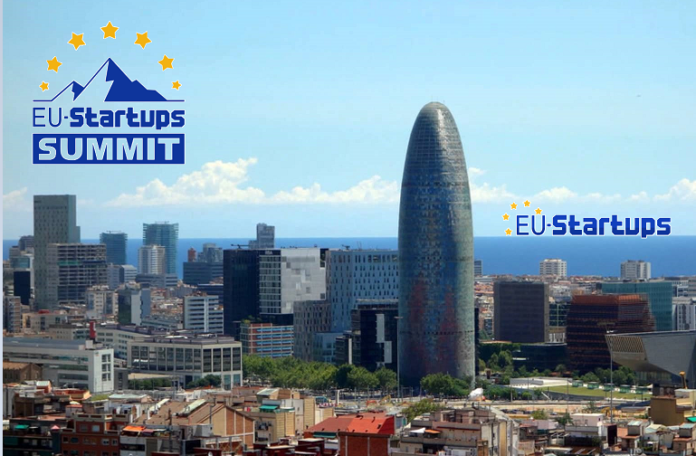 Shortly after this year’s EU-Startups Conference in Berlin, I spent a month living and working in Barcelona. Although I’ve been there several times before, this time I happened to fall in love with the city and with the Barcelona startup scene.

Currently based in Munich, I was thinking about relocating the whole EU-Startups project to another city for quite some time. In May, I did a little Twitter poll to see what you (our readers/followers) are thinking, and most of you voted for Barcelona and Berlin as best places for our potential relocation. At that point I was still far from making a decision, but in the meantime I decided to rebrand our annual event from “EU-Startups Conference” to “EU-Startups Summit”. The new logo, which we got from hosting a 99designs contest, can be viewed in the Barcelona picture above this article.

In the middle of June, I then did another Twitter poll to see which location might be a good fit for the EU-Startups Summit 2018. A bit surprisingly, Valencia turned out to be the first choice of the people taking part in our Twitter poll (see below). Big respect for the Valencian startup community that obviously campaigned for the poll, which saw 554 votes within just 24 hours. We really considered Valencia and talked to quite a few potential partners and ecosystem players to see whether it makes sense and if we can make it happen. But in the end, Barcelona, which ranked number 2 in our little Twitter poll, was the easier decision – since I already have quite a few personal and professional contacts there, the startup ecosystem is bigger, the city a bit more international (etc.). I hope the Valencian startup community will forgive me and it would be great to meet some of you in person at the EU-Startups Summit 2018!

Long story short: I will personally relocate to Barcelona on July 12 and the EU-Startups Summit 2018 will be held there on April 24. It will be the 5th edition of our annual flagship event – and with 750+ attendees also our biggest one! After 1 year of hosting it in Munich and 3 years of doing it in Berlin, we’re now super excited about the relocation to Barcelona.

The relocation is a big step for EU-Startups but also for me personally. Since starting the blog in October 2010 as a hobby project, EU-Startups became one of the leading startup publications in Europe and today reaches more than 70,000 founders, startup enthusiasts and investors from all across Europe (about 165,000 monthly page views). I’m looking forward to further grow this little media and events business in Barcelona. In the end, EU-Startups is not a German project, or a Spanish one, but a truly European platform that aims to connect and inspire entrepreneurs from all across the continent. The move to Barcelona might also help us to further facilitate this European spirit!

That being said, it would be awesome to meet as many of you as possible at the 2018 edition of the EU-Startups Summit on April 24 in Barcelona. As in the previous years, we’ll showcase a selection of Europe’s hottest startups (incl. a big pitch competition) and come together to learn from some of the most successful European entrepreneurs of our time. You can expect exciting speakers, a large number of high profile investors, great networking opportunities and many more.

The exact venue, speakers line-up, agenda, etc. will be announced step by step over the coming weeks/months. If you already want to secure your ticket, you can do that now! The code CRAZYBIRD is valid till July 31 and gives you 15% discount.