At the NOAH Conference in Berlin I recently had the opportunity to sit down with Rolf Schrömgens, the founder and CEO of Trivago. I grabbed the chance to interview him about his entrepreneurial journey and how he and his co-founders started Trivago. As one of Europe’s biggest Internet success stories in the recent past, the international hotel search company from Düsseldorf (Germany) did a successful IPO in December of 2016. Today, the European online travel unicorn counts more than 1,300 employees.

Do you want to give us a quick intro about yourself?

Yes sure. I am Rolf. I’m 41 years old. I’m from Monchengladbach Germany. I studied Business then started my first company later called Ciao.com. I did that during the first big Internet wave in 1999- 2000 and then started Trivago in 2004- 2005. Today we are roughly at 1 billion Euro in revenue.

On stage, you were mentioning your company values and especially your mission statement. Why is this super important for a founder?

Because it’s like a recipe of what you want to do!

In the very early stage we did not have a clear mission statement. If you don’t have clarity you are always becoming an opportunity hunter. That was the case at our early stage. If it’s not really working then most likely you as a founder don’t wanna go deep, and you start going broad. If you’re getting a little bit of funding you have the resources to go even broader. That is not really helpful. Companies generally should rather be more focused on solving one very specific problem and if they have solved it, they can still go somewhere else. But if you haven’t solved the problem it doesn’t make sense to solve something else.

That’s what we definitely did wrong in the early stage. I think if we would not have taken time one day to say “OK let’s nail down”, we wouldn’t be where we are.

We want to be just a search.

Today basically 75 percent of the value that is generated on Trivago as a brand.
People are starting their search on Trivago.

Isn’t it a development process that every entrepreneur has to go through from not having a clear focus, grasping every opportunity out there to narrowing it down to a clear focus?

I would not say it’s not a normal process but I see actually a lot of companies stuck in that stage. The process is very normal. It can take several years. I think there has to be a stage when you say OK now I found it and now I solved this problem.

The highest value is  generated when you really solve the problem in a specific vertical.

OK what is next? If you would start another company, would you sit down and say I want to focus on one thing or you would still go for “let’s do something…”?

I think you still can be open for the development of your business model. I would give myself in the first years more time to deviate and to go somewhere else. But I think clearly defining it from the beginning is not the worst thing. Do a retrospective and look back and say how did it help us. Like did we go too broad or did we spread our resources too much. And I think that’s something that we are constantly doing right now.

The key is understanding and being aware of the natural dilution. I think there’s a natural tendency and it’s not to focus. I think there’s rather less of the tendency to go because because you’ll be living in a world of lots of information, lots of choice and lots of options right now. I mean if you would live in a world where there could be one gene; that’s quite easy. Well if you have a world with half a million of genes; it’s gets quite complex. So if you’re living in a world where there’s more information and more complexity. So basically, there is a natural tendency to diluting.

What triggered you to narrow down your focus at Trivago?

I think for us it was a kind of a crisis situation. We were in a stage where we burned money every single month to the point that we said we can’t be going like this. We either drastically cut and focus or we need more funding. Which we didn’t want to do because we were always very keen on you know losing lots of the company, shares of the company.

That situation was basically a crisis situation. But ultimately it was a great thing that happened to us otherwise I think we definitely would not have been successful in the end.

Thank you Rolf! I think covered some really good points, got insights into your perspective, on how to run a business and some great tips for starting out founders. Thank you for sharing that with us. 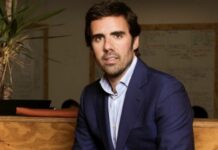 “Hotels are not just for tourists”: Interview with BYHOURS’ co-founder and CE... 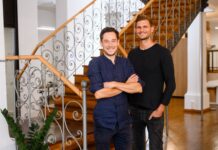 Munich-based hospitality startup Limehome expands its Series A to €31 million, with an addition...