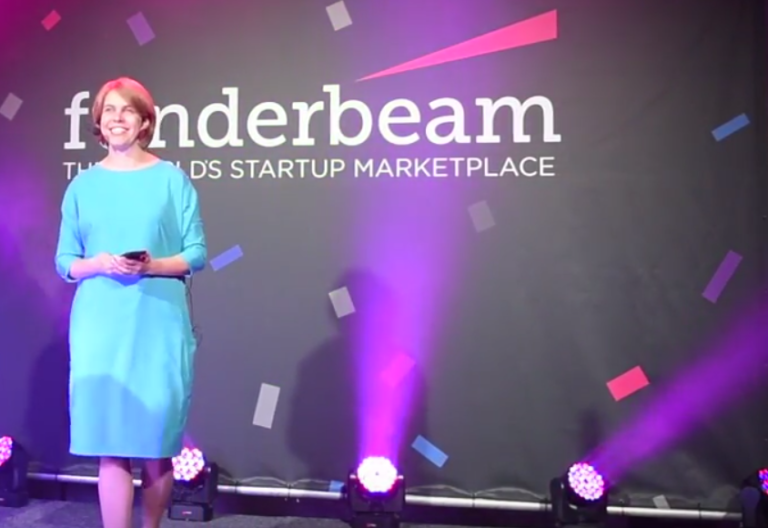 Founded in 2013, Funderbeam is the world’s first primary and secondary market for early-stage investments secured by the blockchain and with free data intelligence on +180k startups and investors. The vision of the Tallinn-based company is to make it easy to invest and trade in growth companies so that great teams and investors everywhere can create a world where good ideas always win. Funderbeam is an Estonian startup success story led by the charismatic female entrepreneur Kaidi Ruusalepp. Last year, we already mentioned Kaidi as one of Europe’s most influential women in the startup and venture capital space. A few days ago, we had the opportunity to do an interview with her. Here it is:

How did you and your co-founder Urmas Peiker come up with the idea for Funderbeam and how did it all start?

It’s a typical startup story that starts with one idea but evolves into something even bigger:) We started to build a trading game for teenagers and discussed if they could virtually list startups. But after some market analysis and some screenshots it was clear that it will be a real stock market. We both come from the industry and know the problems, so it was actually easy to start building new “stock exchange” from the scratch. For now it’s just not about funding and trading startups, but also to provide capital for SME’s.

What were the main stumbling blocks in the first 2 years after founding Funderbeam and how did you overcome them?

The main thing for Funderbeam has always been to build the ecosystem of funding global growth companies with liquidity. It’s much bigger vision than just building an online store or app for cleaners, and much longer journey than most of the (VC) investors can take. So it was about convincing audience about us being able to run and win the marathon (after 100m distance is completed). The other is motivating people internally. It’s always easier to build short victories, but in our case to build funding & trading platform takes “ages” and meanwhile you have nothing to show. Seems that we’ve been lucky – both team and investors are strong:)

What is Funderbeam’s unique value proposition that sets it apart from its competitors? How is it different from equity crowdfunding platforms like Seedrs or platforms like AngeList?

Funderbeam is a combination of three things: Data, Investing and Trading. We believe that these three pillars are all equally essential to achieve our vision: A world where you don’t need to be in Silicon Valley to be part of a great ecosystem for nurturing and maturing companies.

1) We provide data, as it’s essential for both founders and investors in order to make informed fundraising and investment decisions.
2) We provide all the tools needed to run a fundraising campaign, either as a private syndicate or with an added element of raising funds from your community
3) We make all the investments tradable, providing instant liquidity to investments like you know it from a stock market.

So far, we have no direct competitors, as other companies only provide one or two of these pillars. And we’re the only one by now who has investors from all around the globe, from 93 countries (major crowdfunding platforms who are testing secondary market are mainly local or regional).

We’re also the first one who built it on the blockchain technology and by now having top know-how inhouse.

What would you say are the main advantages of equity crowdfunding versus raising funding from traditional venture capital firms?

We don’t believe that one is better than the other; we actually don’t believe that it’s even one or the other. One of our goals is to make take professional and institutional investors make their investments and open their deals to retail investors to harness the power of the crowd. That said, we actually don’t consider ourselves a crowdfunding platform, but more like a community tool. It takes a whole ecosystem to run a successful company – founders, early investors, supporters, later stage investors, exit possibility etc. So the power is in combination, not in competition.

Funderbeam has raised our own round on our own platform and what surprised us is the willingness of the crowd investors to work for Funderbeam. I mean work like an ambassadors – opening up new markets, spread the word, build local language websites etc. This is something you never get from VC’s. But as said earlier – the best solution is the combination of different participants.

Would you say it’s easier to secure equity crowdfunding compared to raising funding from VCs? And if so: Do you see a risk of lower quality startups securing crowdfunding and as a consequence creating a high failure rate?

There are definitely companies who see crowdfunding as a “last resort” if they are having trouble raising money from VCs. However, we don’t consider ourselves a crowdfunding platform, and we are very critical of what companies are able to go on the platform. As all the companies who fundraise, will be trading as well, we are very cautious about the quality. It doesn’t make sense to get more companies fundraising and then only few of them trading 3 years later. We get 100 applications from startups all around the world and we finally work only with 3-4 of them.

One of our requirements is, that the startup has a lead investor, who will negotiate the deal, invest a significant amount of the total funds raising, and be the face of the syndicate. By doing this, we are ensuring that we only get companies who can raise from angels/institutional investors and actively chose to open the round to more people in order to gain the benefits mentioned above.

Funderbeam uses blockchain to secure investing, trading, keeping track of investors (cap table management) and clearing the trades. So the blockchain carries many roles that in traditional stock markets are provided by many intermediaries. It is the trust that intermediaries should represent and the trust is now built-in technology – blockchain.

Funderbeam uses Bitcoin blockchain, utilising a technology called coloured coins. Coloured Coins are pieces of Bitcoin, where metadata is embedded on top of that and is recorded in the blockchain. We call them tokens. Each token represents real world assets. So we disintermediate the whole system and make it much transparent and effective, without loosing the trust.

Funderbeam does not use cryptocurrency yet, but it’s on the ideas loop. So we only secure trades & ownership on the blockchain.

With a team of about 30 employees, how do you support corporate culture and how do you make sure your team stays happy and motivated?

It all starts by carefully selecting whom you let in. We have very different personalities, nationalities, cultures etc, but the whole team shares the same values. So it’s like you work with your friends. This does most of the job:) Once you’re in, the team generates million of ideas how to have the working environment fun and productive and motivating. Last weekend most of the team attended “tough guy run”. It’s about running a distance with all kind of crazy exercise on it – running through mud, climbing over the walls, swimming over the lake etc. I’ve attached a photo of our CMO and HR manager on the distance – this is the best photo to describe how Funderteam works. Options, team camps etc are on top of that, but as mentioned – it all starts at the gate: same values and colourful personalities. 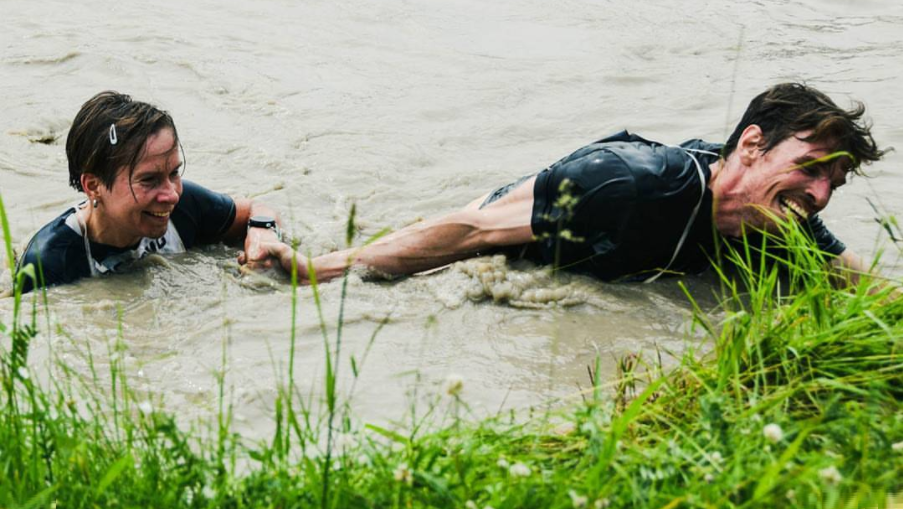 What is your experience with Tallinn as a location to start a tech company?

Tallinn provides a unique combination of factors that make it an extremely good place to start a tech company.

Tech talent. For historic reasons, there is a high concentration of really talented engineers. This goes back to the Soviet times, where a large part of the engineering power was placed in Estonia. More recently, the success of companies like Skype have created a culture where everyone believes that the internet has made it possible even for small countries to built big things.

Estonia is a startup. Estonia can in many ways resemble a startup when compared to big countries. It’s small, has a flat hierarchy, fewer legacy systems to maintain (Estonia went straight to digital governance), and is in constant growth mode (GDP above EU average in 7 of last 10 years).

Direct contact with regulators. Being small, Estonian policy makers are easier to get in touch with and can act on ideas faster. A great example of this is the startup visa, that was suggested by the community and now allows us to hire talent from outside the EU and quickly bring them to Estonia. For us in particular, working closely with the regulator is paramount to our business, as we are exploring how we can develop legislation in order to embrace the future while protecting investors and staying within EU-legislation.

Hassle-free administration of companies. Everything is online, starting with establishing a company less than 20 minutes.