WiFi4EU – how the European Commission plans to enable free Wi-Fi in about 8,000 local communities across Europe 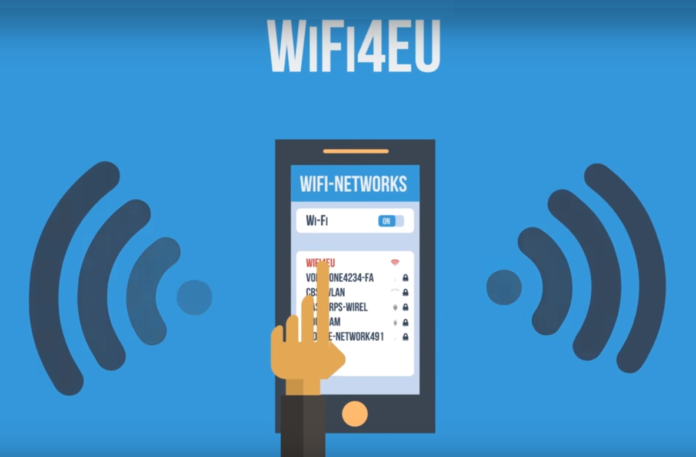 The European Parliament, the Council and the Commission just reached an agreement on the WiFi4EU initiative which supports installing free public Wi-Fi hotspots in local communities across the EU: in public squares, piazzas, parks, hospitals and other public spaces. The WiFi4EU initiative will contribute to the vision of having every European village and every city with free wireless internet ac­cess around the main centres of public life by 2020.

Vice-President in charge of the Digital Single Market Andrus Ansip welcomed the agreement and said:“The Digital Single Market strategy aims to build a fully connected Europe where everyone has access to high-quality digital networks. The WiFi4EU initiative will improve connectivity in particular where access to the internet is limited. WiFi4EU is a welcome first step, but much more needs to be done to achieve high-speed connectivity across the whole EU territory – such as improving Europe-wide coordination of spectrum and stimulating investments in the high-capacity networks that Europe needs.”

The political agreement includes a commitment by the three institutions to ensure that an overall amount of €120 million shall be assigned to fund equipment for public free Wi-Fi services in 6,000 to 8,000 municipalities in all EU Member States.

In practice, local public authorities (municipalities or groups of municipalities) wishing to offer Wi-Fi in areas where a similar public or private offer does not yet exist will be able to apply for funding via a simple and non-bureaucratic process. A grant allocated in the form of vouchers will be used to purchase and install state-of-the art equipment, i.e. local wireless access points, while the public authority will cover the running costs of the connection itself.

Announced by President Juncker in his State of the Union Address in September 2016, the WiFi4EU initiative is part of the ambitious overhaul of EU telecoms rules including new measures to meet Europeans’ growing connectivity needs and boost Europe’s competitiveness.

The EU has already achieved important agreements on the end of roaming charges on 15 June 2017 for all travellers in the EU, on the portability of content which will allow as of early 2018 Europeans to travel with the films, the music, the video games or the e-books they have subscribed to at home or on the release of the 700 MHz band for the development of 5G and new online services.