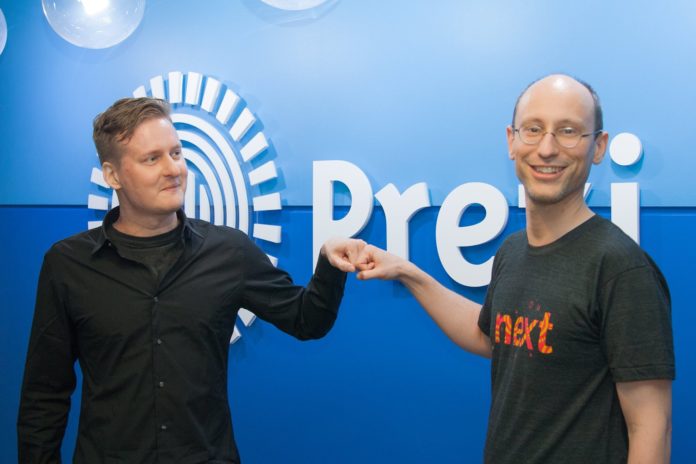 Prezi, the visual presentation platform that helps people connect more powerfully with their audiences and customers, today announced it has acquired Infogram, a leading data visualization company based in Latvia. Infogram specializes in charts and infographics for customers who need to quickly and effectively convey complex ideas. This is Prezi’s first acquisition and financial terms of the transaction were not disclosed.

Peter Arvai, Prezi’s CEO and co-founder, whom we interviewed a few months ago, stated: “Prezi was inspired to unite with Infogram because of our shared mission to help people make better decisions by providing more effective tools for visual communication. If a picture is worth a thousand words, then the data that backs it up makes it credible. And without a story, data falls flat in effectiveness.”

Mikko Järvenpää, Infogram’s CEO stated: “Joining forces with Prezi means our mission to bring beautiful and informative infographics and other data visualization technologies to more users will happen even faster. With Prezi, we will continue our work as a world leader in data visualization to create more powerful, delightful and useful products than ever before.”

Founded in 2012 and based in Latvia, Infogram has reached huge popularity and emerged as an innovator in the area of data visualization. Over 3 million users created over 5 million charts and infographics that have been viewed over 1.5 billion times. Infogram conveniently offers multiple data import options. Users can create a variety of charts, maps, and infographics by simply uploading a file, connecting to various cloud services, or taking advantage of Infogram’s API.

Infogram has been adopted by a wide variety of customers, including media companies, key businesses, and educational institutions. Infogram is also the most successful startup that has originated from Latvia–just as Prezi is the most successful startup that incubated in Hungary and bridged that success to create a global company with offices in San Francisco, Budapest and Mexico City.

Infogram will become a wholly owned subsidiary of Prezi and will remain in Latvia. Prezi will continue to invest in research and development of Infogram and will create a Data Visualization Center of Excellence in Latvia.

Founded in 2009 in Budapest, Prezi now fosters a community of over 85 million users and over 325 million Prezi presentations around the world. Its investors include Accel Partners, Spectrum Equity, and TED conferences.