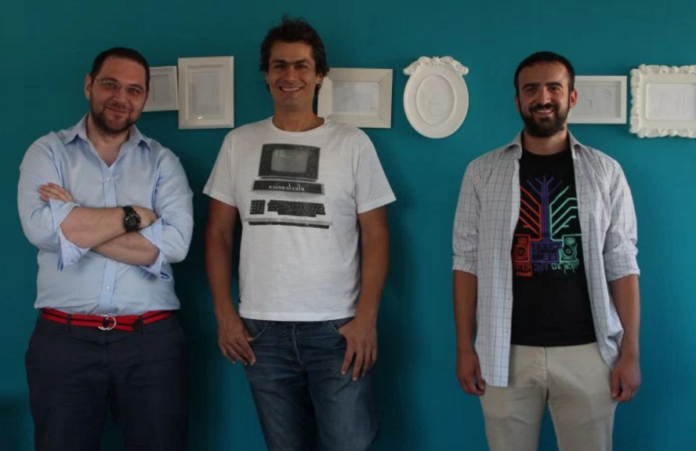 Thanks to VentureFriends, a new fund that was launched in 2016 and had its final closing a few weeks ago, Greek startups now have access to €20 million of additional funding. The VentureFriends team consists of ex entrepreneurs who have been angel investors in Europe and US for many years. Their goal is to actionably support and connect Greek founders with the global tech scene.

Apostolos Apostolakis has been active in the startup space since 2004 as one of the founders of e-shop.gr the first e-tailer in Greece, while in 2011 he co-founded e-food, a leading food delivery marketplace. In 2015 e-food was sold to DeliveryHero constituting one of the major exits for the Greek startup ecosystem. The two VentureFriends partners Apostolos and George Dimopoulos were also among the first angel investors of Taxibeat, which was sold for reportedly more than €40 million earlier this year. As an angel investor, Apostolos has also invested in a number of other successful startups like Booksy, Spotahome, Reztoran.

By the end of last week, we sat down with Apostolos to do a little interview and to learn more about VentureFriends. Here it is:

Apostolos, why did you and your partner George create VentureFriends?

I strongly believe talent is everywhere and I feel for amazing founders who are based in peripheral markets like Eastern/South Europe or Turkey and do not have the same access to funding and networking like their UK or central European peers. As angel investors, my partner George and I have experienced the limited options of startups in peripheral markets.

How much are you planning to invest per startup and what is your investment focus in terms of industries and development stage of the company?

We plan to start with a €300-500k investment and can go up to €1 million. Our investment focus is e-marketplaces, end SaaS/high tech products. Examples on the marketplace side are projects like easyhero.com, spotawheel.gr and e-table.gr, and on the SaaS/high tech side it is Blendo.co, contactpigeon.com and flashchat.ai. We want to get involved in a post product phase when the startup has small revenues and has at least proven a first level product-market fit.

Are you exclusively investing in Greece-based startups, or also in Greek or partly-Greek founder teams who are based elsewhere in Europe?

We also invest in Greek teams internationally like the case of instashop.ae, convibo.com and Weengs.com. In any case even when we invest in Greek teams based in Greece, the expectation is that the team will soon venture internationally. Our vision, which we share with our founders, is to help create international champions. It is imperative to keep an eye on the US regarding startups. Scaling for a SaaS or a technology startup cannot happen without the US market in mind. As angel investors, the VF team has also been involved in a few US startups like Shift, Cardflight, Triplemint and LeadIQ.

How do you see the development of Athens as a startup hub? It it a good place to build a tech company, or would you advice ambitious founder from Greece to go to London or Berlin instead?

Athens is a good place to start. There is a solid talent pool and the local ecosystem is growing.  The culture of cooperation and the sense of urgency are improving. Athens is a good starting point but remains at a competitive disadvantage once a startup wants to scale. Eventually a globally ambitious startup (especially a Saas one) will have to gain presence in London or  the US so that they tap into a larger talent and customer base pool.

How many investments did VentureFriends do so far?

Actually we have already done 20 investments in the last 15 months. Given the lack of funding there was a number of startups from Greece that had no options and were on our radar screen from our angel investing years. We were driven by our desire to support outstanding founders who deserved to get funding. In other cases, as in our international investments we proceeded opportunistically so as not to miss opportunities to partner with great people. For example, that was the case with Adespresso where I was an angel and then suggested the VF investment to Armando and Massimo the founders. Adespresso was sold within 9 months to Hootsuite providing a first exit for VF.