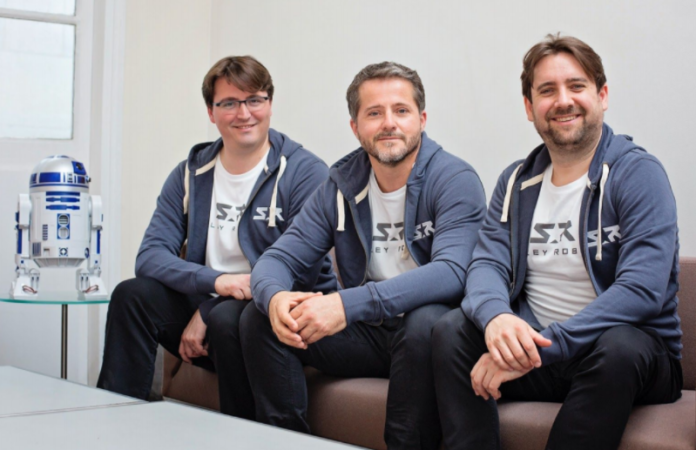 Shortly after the successful roll out of its first robotic solution in Paris Charles de Gaulle Airport, Stanley Robotics has just closed a funding round of €3.6 million, with the participation of Elaia Partners, Idinvest Partners and Ville de Demain – a fund by Bpifrance. The fresh capital will allow the Paris-based startup to accelerate the global expansion of its robotic parking solution.

Stanley Robotics’ ambition is to disrupt the parking experience. For this, the startup has developed Stan, the world’s first outdoor robotic parking solution. Stan is based on a very simple idea. You park your car in a designated parking spot at the entrance to the car park and Stan collects the vehicle and parks it for you. No need to waste your time parallel parking or looking for a free space. The robot takes care of everything for you. The car is then ready and waiting upon your return. The robot itself is completely autonomous (Automatic Guided Vehicles) and adapts to different environments and weather conditions.

Aurélien Cord, CTO and Co-founder of Stanley Robotics, explains: “Beforehand, we were working in a research lab developing autonomous vehicles. Stan is the product of 15 years of research in this field. Today we’re extremely proud to be able to make this technology available to the general public.”

Founded in 2015, Stanley Robotics has been growing and expanding quickly. The company’s first year was dedicated to developing a prototype, which quickly captured the imagination of car park operators. This initial interest turned to reality when Stanley Robotics formed a partnership with Aéroports de Paris to assist with the airport operator’s parking concerns. Less than one year later, the solution had been rolled out in Charles de Gaulle Airport’s PEF car park.

CEO and Co-founder of Stanley Robotics, Clément Boussard, stated: “Early on, we realised there was a strong need for greater parking capacity in airports. As a result, we focused our efforts on this market, and just two years on, we have gone from a team of 3 people to one of 25. This investment round will allow us to maintain this level of growth and envisage greater expansion.”

Further projects are in the pipeline both in France and overseas. The first of these will be put into action before the end of this year. Stanley Robotics has ambitions to roll out its solution on a global scale. This latest capital injection will allow the startup to look into new markets and draw up an action plan to launch the company’s parking solutions abroad.

COO and Co-founder of Stanley Robotics, Stéphane Evanno, further explains: “Europe, North America, countries in the Gulf region. We’re looking into areas where air traffic is likely to skyrocket over the next few years. Our robots are the only solution for airports to gain 50% more capacity in their existing car parks, without having to invest in building additional infrastructure.”