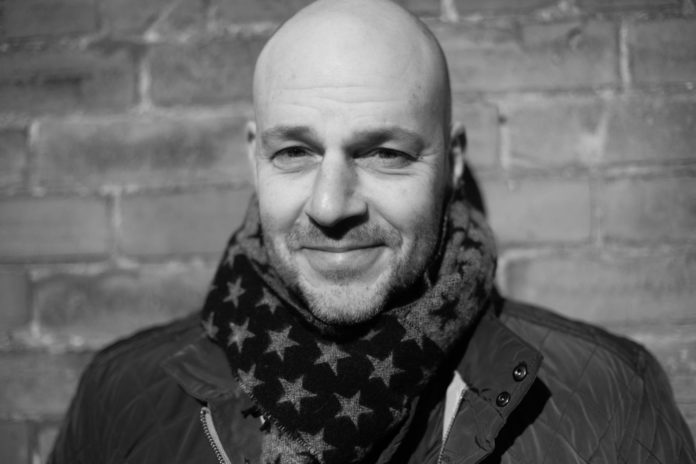 A few days ago, Prague hosted the Innovative Legal Services Forum which focused also on LegalTech startups and clever use of technology by legal firms. Legal innovators discussed topics such as Big Data, Outsourcing, Law Firm Business Model & Compensation. We interviewed Aron Solomon who aims to improve the legal industry, having built Law Made and LegalX. Law Made is an advisory firm focused on the legal space with a particular emphasis on supporting entrepreneurship and intrapreneurship across the globe. Aron won the prestigious Fastcase 50 in 2015, which highlights people who have charted a new course for the delivery of legal services.

What can technology do to help lawyers be more liked by people? 😉

Absolutely nothing. I know many truly lovely people who are lawyers, but technology won’t change the perception that has existed in our culture from the time of Shakespeare and beyond and is and was created by really shitty practitioners.

What has been done so far by legaltech?

While it is still early days for legal technology, its disrupting an entire industry. Legaltech is ten years behind where the industry I grew up in as an entrepreneur – education technology – is. And they’re going to follow very similar paths. Perhaps most importantly, legaltech is now part of an industry-wide conversation. It’s in the minds, mouths, and, increasingly, hearts of many.

What is next to be disrupted?

The in-between spaces. Focus not on building something to compete with LegalZoom but rather something that can integrate existing technologies. I also personally have a very positive long view on technologies in legal that aren’t necessarily “legaltech,” such as those that bring legal on to the Blockchain. And, yes, AI will continue to be important but entrepreneurs will need to be more proactive and creative in how they use AI in legal.

Can you name us some legaltech startups you find interesting and promising?

There are several Law Made startups from around the world that have done very well so far in Europe. I would point to Beagle (Beagle.ai) a contract analysis software, that has significant business from the EU and around the world. We also work with a growing number of startups from Europe and the United Kingdom, and they are doing very well here. I would point to Pekama, out of Cambridge, England, as a company gaining really nice traction here.

Should entrepreneurs go to the Silicon Valley to start new business or will they be fine in Europe?

Please, please stay. It’s the rare exception that one should immediately go somewhere like Silicon Valley. Build your startup here in Europe and we at Law Made, which is a truly global business, will be here to help. Then, when it’s time to scale up, maybe (or maybe not) Silicon Valley, or London, or New York makes sense. Be smart, build your team here, work closely together (including with your developers, who you can actually afford to hire here), be super good with your money so you can extend your runway, and the sky will be your limit. You are actually capable of doing great things in Europe, and that most definitely includes the CEE.

Looking at different hubs in Europe and globally, which cities would you say are leading the way in LegalTech and why?

Definitely what we’ve helped build here in Toronto, Toronto punches way above its weight in legal innovation. We at Law Made helped build the foundation for startups to succeed in Toronto, just as we will in various parts of Europe. London is absolutely an important hub, not just because of the Magic Circle firms but because of the rising culture of innovation and support for entrepreneurs in London. Their UK Seed Investment Scheme, which I recently wrote about, is really a pretty amazing program – definitely one of the better ones I’ve ever seen. Globally, New York will be very important in legal, as will Beijing, where startups can grow and scale very quickly. I have been to China 56 times, have lived in Beijing and help run a startup accelerator there. I soon hope to be able to include European legal startups in the Chinese innovation scene. As for Europe itself, it’s an open playing field and my formula is simple: Legal startups will build and grow in places where founders can afford to live a decent quality of life; it is easy to travel to major centers of law and commerce; there is a strong talent pool there or close by at an affordable price (especially development talent); and corporates, universities and local and regional governments not only like having innovators there, they are proactive in developing programs to attract and retain them. I’m big on Germany and the Netherlands, and I have a very positive long view on CEE.

Who is Aron? What makes you get up from bed?

My groß pudel! She and I wake up really early and she retrieves in the lake and swims with the ducks. Even in the winter. We are usually awake by 0400. I love getting up in the morning. And I love espresso but take only 1-2 cups a day and never in the morning. Just when I need inspiration.

What is Law Made?

We make law better. At Law Made, we basically help bring all the pieces of the industry together, from startups, to huge corporations, law firms. We are always founder-friendly, and focused on those who make things. As we say, we get the Digital Davids to play with the Enterprise Goliaths.