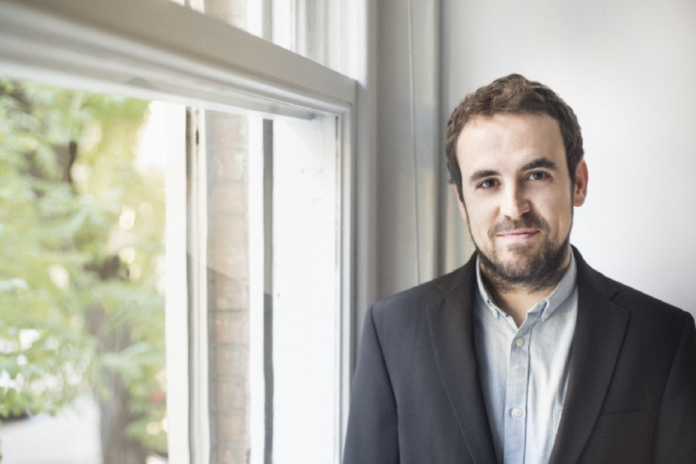 A few days ago, I had the chance to interview Jaime Novoa, a former startup journalist who is now working as Venture Capital analyst at K Fund. Based in Madrid, K Fund is a relatively new €50 million VC firm that aims to invest in the best and brightest Spanish startups out there. We sat down to talk about his background as a tech writer, his new job as a VC and about the Spanish startup ecosystem. Enjoy the interview:

Hola Jaime, I am very glad to have you here. Could you give a brief intro to our readers explaining where are you coming from and what have you worked on in the past few years?

Hi everybody! I was born in Galicia, a beautiful part of Spain that remains unknown to many outside of the country. Was born and raised and went to college at the local university. However, in my teens I spent most of my summers in the US and that’s how I became interested in technology and in American culture in general.

Studies business at college and after graduation I moved to London, where I spent two amazing years working as an analyst at a social media agency called We Are Social. At the time I had already started writing for several blogs and publications, and once I moved back I worked full time for WeblogsSL, and then created Novobrief to cover the Spanish startup ecosystem.

After working six months at Tech.eu as a data analyst, in July 2016 I joined full time K Fund, a Madrid-based Venture Capital firm. And I’m having a blast.

You are my writer of reference about Spanish startups and I was honestly a bit scared when I saw you were starting to work for a venture capital firm, but it looks like you have been able to keep writing a bit and also sending out the Novobrief newsletter. How are you able to keep up with all these things?

I love writing and I always will. Given my current job, I can’t write the same kind of stories on Novobrief as I used to, it would be a massive conflict of interest. But putting together the newsletter on a weekly basis helps me stay up to date with what’s going on in the Spanish startup ecosystem and… guess what? It seems that it’s also useful to a bunch of people too. So it’s a win-win situation.

Novobrief’s newsletter has more than 2,600 subscribers and growing!

How is life to work for a VC firm?

There’s a part that’s quite similar to the job I used to do as a journalist. Back when I was writing full time, I made an effort to find the best startups, deals and investors before anyone else. And that remains true: finding the best companies to invest in before other VCs get to them.

What’s really different from my previous career is the analysis of the companies. As a journalist, you only get access to a limited number of facts and data about companies. But as an investor, you get access to pretty much everything and you need to learn what’s important and what’s not. I think it’s a fascinating job.

Which are the sectors where you are investing most with K Fund?

As a firm, we’re interested in all kinds of digital and Internet companies. We’re not in the biotech, pharma or medical devices business, but other than that, we’ll look at any interesting investment opportunity, whether it’s B2C, B2B, etc.

Personally, I have a special interest in B2B and SaaS companies.

What would you suggest to entrepreneurs looking to attract VCs? And what about getting press coverage? It’s becoming increasingly difficult to get some attention when the number of startups is so high.

To try to build a relationship with the VC before asking him or her for money. Establish contact, send business/product updates, ask for advice, etc. The same goes for VCs looking to invest in the best companies.

Regarding getting press, I wrote an extensive post about this recently. It’s in Spanish, but Google Translate does a great job at translating it to English.

What about the startups’ ecosystem in Spain? Which are the strengths and the weaknesses in your opinion?

Investment volume has increased significantly too: for the past two years, Spanish startups have raised more than €500 million in total (record levels, but little compared to Germany, UK, France or Sweden) but 2017 is off to very good start.

I’d say that what the country needs is patience and time to produce big exits that make entrepreneurs, investors and acquirers happy. We’ve had several in the past few months (Ticketbis acquired for eBay for €160 million, Privalia sold for €500 million, SocialPoint acquired by more than $250 million, etc), and hopefully that trend will continue in the near future with some great Spanish startups such as Typeform, Carto and many others. It’s a great time to be an entrepreneur and investor in Spain.

What about the Brexit? I am seeing, at least in the financial sector, a lot of effort from different European countries, but especially France and Germany, to make the right conditions for businesses and international talents looking to relocate after the referendum vote. Do you think Spain will be able to take advantage of that?

That’s a loaded question. I wish I had an answer, but I believe that not even Theresa May or people in Brussels know what’s really going to happen with Brexit and how that would affect the European economy. Financial companies or technology startups that are based in London and want to move will probably have many options to choose from to change headquarters.

In Spain, is innovation concentrated just in these two cities or there are other areas to keep an eye on?

There are good and interesting companies in Valencia, Euskadi or Andalusia. That’s for sure. That said, the vast majority of startups are based in Madrid and Barcelona, with the latter having a relatively stronger presence that the Spanish capital in terms of tech businesses.

This is a good graph that shows investment distribution across Spain.

Aside of EU-Startups – any English speaking blogs/podcasts that you would suggest to follow to understand and stay updated on the developments of the Spanish startup ecosystem?

For those outside Spain interested in knowing what’s going on in the country, I’d suggest reading Barcinno and subscribing to Novobrief’s newsletter. I’m not saying this because it’s mine, but there are not many resources in English that track what’s going on in the country. Tech.eu also does a great job of covering the main news coming out of Spain.

In terms of podcasts, I’m afraid there are none in English tracking Spain. In Spanish, I’d suggest ours and MasQueStartups.

Last but not least, do you have any particular passions outside those related to your work (girls don’t count here)?

I’m a huge basketball and NBA fan. I’m obsessed with reading about technology and I love music. From hip hop to rock to country music.

Alessandro Ravanetti
Alessandro Ravanetti is a writer and editor based in Barcelona. He helps startups with their content strategy, curates the Techstars Startup Digest's fintech newsletter, serves as an independent expert for EU projects, and mentors aspiring changemakers with Bridge for Billions.
RELATED ARTICLES
Estonia-Startups