Sónar is one of Europe’s most well-known music, creativity and technology festivals. It was founded back in 1994 in Barcelona and today attracts more than 115,000 attendees. This year, the event will also host a pitch competition within the festival’s dedicated “Startup Garden”. In order to learn more about it, we sat down with Ventura Barba, who since 2009 is the Executive Director of Sónar.

Ventura has been Director of the Legal and Business Affairs Department for the record and publishing departments for BMG Music Spain & Portugal, before joining Yahoo! in 2000, where he became General Manager for Yahoo! Music Europe and Canada in 2007. After leaving Yahoo! he co-founded Tenzing Media, a business development consultancy specialized in Creative Industries. From 2003 to 2014 he has been also co-director of a Postgraduate Course in music companies management and he is now advisor of Impact Accelerator among other interesting things. To learn more about him and the Sónar+D, which will take place in Barcelona 14th-17th June, check out the interview below!

Hola Ventura! For the few that still don’t know about the amazing festival that you are organizing, can you give us an introduction about the Sónar and the story behind it?

Sónar was started in 1994 with the idea of uniting the electronic music and artistic scene in one space. We wanted to bring audiences from different creative communities together within one unique event that would be greater than the sum of its parts: taking dance music out of the rave scene and into a museum, the experimental music scene from small clubs to the biggest audiences and bringing video art and innovative a/v out of the galleries and onto the concert stage…

Since more than 20 years the Sónar is a key music event in Europe. How are you able to keep it up with the other festivals that are emerging every year and to keep the Sónar playing such a central role?

Definitely by remaining true to who we are – a space where creativity and technology meet- but also through constant innovation in terms of what we can offer the audience. Of course the festival has grown, but we’re still passionate about what motivated us to create the festival 24 years ago: Being able to offer a discerning public a snapshot of the best of what’s going on in the creative and technological scene- including everything from emerging artists to innovators and pioneers.

With more than 115,000 last year the total number of people coming to the festival is definitely quite large. How many of those are coming to work and not just for entertainment?

Before creating Sónar +D, our congress where technology and creativity industries converge, we did some surveys among Sónar’s attendees and we found out than more than a half of them worked in the creativity industry and that actually came to our festival not just to have fun but also to learn and discover new things they can later bring to their offices, labs or R&D.

I heard you speaking at an event last year, saying that you consider the Sónar very much like a cultural festival. I think this is very smart also to elevate the level of the attendants and to get a better positioning with your competitors. But in practice, how have you been able to position the festival in this way?

Over the years, Sónar has consolidated its reputation as a space for cultural experimentation. Some how, we have evolved from being ‘just a festival’ to something much more complex. Some years ago we actually get rid of the word festival and we just define ourselves with the words ‘Music, Creativity & Technology’.

In the Sonar + D you have an interesting space for startups called the Startup Garden competition. Could you explain a bit about that? Any startups and investors that stand out for the edition of this year?

Sónar +D keeps on specializing in startups from the creative industries sector. Within Sónar +D we have an area called ‘Startup Garden powered by MIGRATION’ where 30 creative industry investment funds will look for talent and the most innovative projects among 30 startups from 10 countries.

The 30 participating startups have been selected based on the following: the innovativeness of their proposal; the quality of their team; and or the fact that they exist, albeit on a small scale, and are therefore viewed as having potential to expand into new and emerging markets.  The profile of the startups participating are from diverse range of sectors related to technology and creativity. From copyright management (Dot Blockchain, and Warm) to integration of bodily sensors (Cyborg Nest and Mimi Hearing); Musical creation tools like Hum-on; or Revibro (new audio format that separates instruments).

The investors are a combination of investment funds and business angels interested in investing in innovation companies that provide tools, products and services for the creative industry such as Plus 8 Equity Partners (John Acquaviva, Richie Hawtin and Tiga); Spotify Corporate Venture, Edge Investment, Keadyn Ventures, Korelya Capital or Kibo Ventures.

For more information regarding the startups joining the Startup Garden at Sónar 2017, the mentoring team and the 30 investment funds involved, please visit the Sónar +D page.

I feel privileged having the possibility to live in Barcelona, as I think it’s an ideal city for both living and working. I moved here at the start of the year and even if I still have a superficial knowledge of things, I have been quite impressed in these months by the technology and innovation related events and the quantity of interesting startups out there. What’s your opinion about Barcelona’s current situation? Is it now a good moment to start or relocate a company here?

I agree with you, Barcelona is right now such a wonderful place to live and work. There is an incredible startup ecosystem in the city especially in the areas surrounding creativity in general. I haven’t seen so many energy in the city since years ago. In my opinion Barcelona is among the top 3 European cities to create or relocate a startup.

More in general, what do you think about the startup ecosystem in Spain? Do you think the Brexit could be an opportunity to bring it to the next level?

Barcelona and Madrid are good examples of the level of the startup ecosystem in Spain. The ‘Brexit’ effect is already to be seen but what is sure is that Spain is ready to welcome any startup that wants to relocate here. 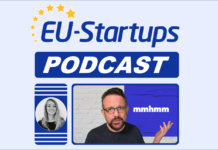 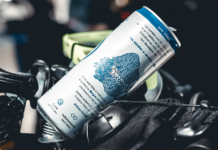 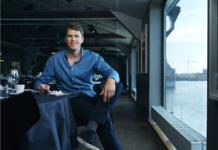 “Transparency is absolutely key for helping your team and your business grow” ̵...