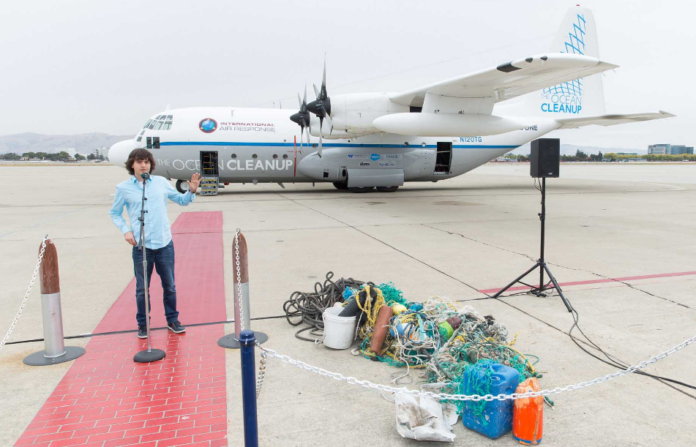 Ok, The Ocean Cleanup is not exactly a startup, but a bold social impact driven venture from a Dutch team. Founded in 2013, the Delft-based foundation is developing advanced technologies to rid the oceans of plastic. This week, The Ocean Cleanup announced that it has successfully raised $21.7 million in donations since last November. This latest funding round brings The Ocean Cleanup’s total funding since 2013 to $31.5 million. This new contribution allows The Ocean Cleanup to initiate large-scale trials of its cleanup technology in the Pacific Ocean later this year.

This significant funding round is led by San Francisco-based philanthropists Marc and Lynne Benioff and an anonymous donor. Other supporters include the Julius Baer Foundation, Royal DSM, and Silicon Valley entrepreneur/investor Peter Thiel.

Over the past four years, The Ocean Cleanup has been developing a passive plastic capturing technology, which uses the ocean currents to catch and concentrate the plastic, reducing the theoretical cleanup time of the Great Pacific Garbage Patch from millennia to years. The Ocean Cleanup aims to launch its first experimental cleanup system in Pacific waters by late 2017. It will represent the most important milestone on the road to the full-scale cleanup of the world’s oceans.

Details on this project and the start of the cleanup will be shared with 3000 supporters at an event on Thursday May 11th at the Werkspoorkathedraal in Utrecht, the Netherlands, and will be followed by a media Q&A.

Marc Benioff, the Chairman and CEO of Salesforce stated: “Lynne and I are thrilled to support The Ocean Cleanup’s important goal of eliminating plastic in our oceans. With Boyan’s innovative leadership, I believe The Ocean Cleanup will have an incredibly positive impact on the future of our oceans. I hope other leaders will join us in supporting these efforts.”

Boyan Slat, the founder and CEO of The Ocean Cleanup, commented: “Our mission is to rid the world’s oceans of plastic, and this support is a major leap forward towards achieving this goal. Thanks to the generous support of these funders, the day we’ll be returning that first batch of plastic to shore is now in sight.”

Thomas Ohr
Thomas Ohr is the "Editor in Chief" of EU-Startups.com and started the blog in October 2010. He is excited about Europe's future, passionate about new business ideas and lives in Barcelona (Spain).
RELATED ARTICLES
Netherland-Startups