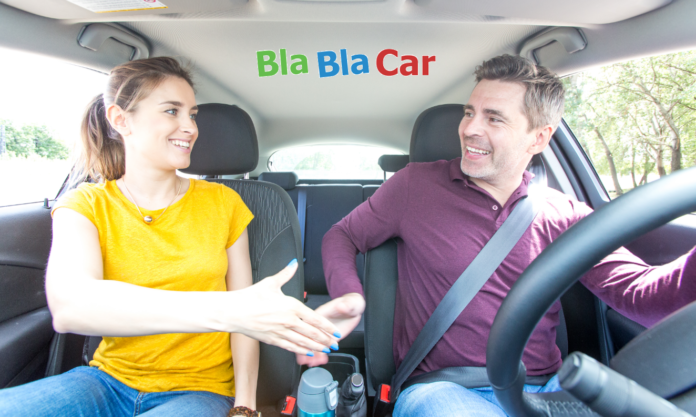 The French carpooling unicorn BlaBlaCar is today launching the BlaBlaLines app, in beta, on two French axes – Reims to Châlons-en-Champagne (45km), and Toulouse to Mountauban (50km). The new product will be tested and iterated ahead of a wider French roll-out. Unlike BlaBlaCar, the app targets shorter-distance commutes (15-80km). BlaBlaLines connects drivers and passengers along ‘carpooling lines’, with pre-determined pickup and drop-off points. BlaBlaLines enables private individuals to connect and share the cost of their travel – just like BlaBlaCar. Drivers are not professionals, and do not make a profit from the activity.

BlaBlaCar is currently in a period of experimentation and innovation. The Paris-based company recently announced a pilot ‘car-as-a-service’ partnership with ALD and Opel; BlaBlaLines is another bold bet for the future of mobility, with an equally big potential as the original long-distance carpooling service. With more than 40 million members in 22 countries, BlaBlaCar has become the world’s leading long-distance carpooling service – BlaBlaLines is an experiment that looks to bring that expertise to the challenge of the short-distance commute.

BlaBlaCar believes, the daily commute is ripe for reinvention. Today, 7 million French commuters drive to work, but the average car occupancy on these commutes is just 1.07. BlaBlaCar caltulated, that by carpooling on the commute, the average driver could save €2,000 per year. BlaBlaCar’s traditional carpooling service is not optimised for commuters; instead, it is tailored for long-distance journeys, which tend to happen on weekends and holidays. BlaBlaLines optimises carpooling for shorter, more regular journeys, with a user experience that responds to the particular challenges of the daily commute and presents a frictionless solution.

The beta launch, which is Android-only, marks a new experiment for BlaBlaCar, applying the company’s experience optimising long-distance journeys to the challenge of the daily, short-distance commute. If it turns out to be a success, BlaBlaCar will most likely be rolled out also in many other countries in Europe and across the globe.

Share
Facebook
Twitter
WhatsApp
Linkedin
Previous article
60+ pictures from this year’s EU-Startups Conference
Next article
We START you UP: Apply now for the startup initiative of Aruba Cloud (Sponsored)