10 Valencia-based startups to watch in 2017 and beyond 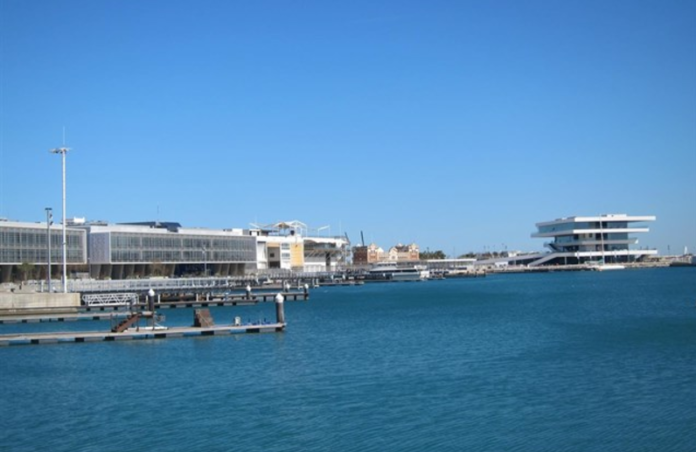 Valencia, Spain’s third-largest city, is becoming an increasingly popular hot spot for startups. The sunny city is home to startup accelerators, incubators and early stage investors such as Bbooster, Angels Capital, Big Ban Angels, Bankia Fintech, Socialnest, Lanzadera, Demium and Plug and Play. In addition, Valencia offers a big pool of (affordable) talent – thanks to its university and local business schools. Another plus point of Valencia as a startup hub are the city’s comparably low rents for housing and office space.

On the other side of the medal, Valencia’s biggest challenge as a startup ecosystem is probably still the lack of venture capital. In order to find growth-stage investors, some of the more mature startups from Valencia still consider a relocation to Barcelona, Madrid, London or the US. On the other side, there are more and more scaleups (like Flywire) that open offices also in other locations, but keep their HQ in Valencia, because it’s cheaper than in many other startup hubs from around the globe.

In order to further improve the local startup ecosystem, there are organisations such as VIT Emprende, Valencia’s network of innovative entrepreneurs that the City Council has launched via València Activa. Its members are sharing knowledge, collaborate in R&D activities, transfer technology and create synergies by networking and maintaining contact with prominent bodies in the field of Valencian entrepreneurship. Exciting projects like “Valencia Bay”, located at Marina de Valencia, are in the making. We’ll tell you more about it in a separate article in the coming weeks.

In the previous days, I did a little bit of research and spoke to a few players of the Valencian startup ecosystem in order to provide you with an overview regarding exceptionally promising startups from the city. Below you’ll find a list of 10 Valencia-based startups to watch in 2017 and beyond. All of these startups were founded between 2013 and 2017 and each one of them seems to be heading towards a successful future.

1.) Mr Jeff: Founded in 2015, Mr Jeff is a fast-growing startup which aims to revolutionize the laundry and dry clean sector. The ambitious team makes the cloth cleaning process easy. Mr Jeff is already present in the 3 main cities of Spain, Barcelona, Madrid and Valencia, as well as in Mexico. The young company experiences about 30% monthly growth and was able to rais mor than €2 million in funding. In 2016, Mr Jeff was selected for the pitch competition of our annual EU-Startups Conference in Berlin. Founder and CEO Eloi Gómez Cal delivered an awesome pitch and in the end Mr Jeff was one of the Top3 startups of the competition.

2.) Playfilm.tv aims to provide the most advanced technology to create Interactive Video. The editing software of the young company optimises the production and publication of interactive videos, specifically meant for advertising and video production professionals, but open to everyone. With PlayFilm the audience can choose: to watch the content or to be part of it! According to PlayFilm, the software reduces production time and cost of a traditional programmed Interactive Video by 75%. The Valencia-based startup was founded in 2014 and raised more than €500K in venture capital.

3.) Comprea is a Spanish same day delivery service that lets users order groceries online from their favourites stores. This is done with a custom logistics network of Shoppers, which allows to deliver as soon as in 1h and in 1 hour time slots. Founded in 2015, Comprea is already active in Madrid, Valencia and Barcelona. The Valencia-based startup so far secured €725K in funding and aims to close another funding round soon in order to expand with its service to other European cities.

4.) Beroomers is the mid-term housing marketplace for students and young professionals, present in more than 50 destinations worldwide. They book their housing online in a safe and easy way before arriving to their next destination. Its community of landlords is renting +30.000 properties effortlessly and way in advance, reducing gaps between rentals. The promising startup was founded in 2013 and raised about €2 million in venture capital so far.

5.) Codigames: Founded in 2013, Codigames develops social games for various mobile platforms. The ambitious team behind Codigames has developed games such as Empires of Sand, Dungeon Legends, and Lords & Castles. The Valencia-based games startup successfully took part in the Lanzadera accelerator program and was able to raise more than €1.1 million in funding.

6.) Startupxplore: Founded in 2014, Startupxplore is the largest startups and investors community in Spain. The goal of the Startupxplore team is helping startups to get funded by bringing transparency to the ecosystem. Startupxplore’s main focus is its syndicate investment platform, that helps time-savvy, rather inexperienced and foreign investors to invest in Spanish startups while diversifying their portfolio by co-investing along a group of top-level Spanish lead investors with a proven track record on startup investment. In total, the Valencia-based startup raised € 310K in seed funding from a group of well known angel investors from Spain.

8.) Relendo is an online platform which allows users to rent their personal goods to those around them. Through Relendo you can share and rent products to users residing near you in a safe and fun way. During the early start-up phase, Relendo was supported by Demium Startups and Plug and Play Spain. In addition, the startup raised an undisclosed amount of seed funding from renown Spanish business angels.

9. Closca is a Valencia-based startup specialized in manufacturing foldable bicycle helmets for cyclists. The helmets are patented and comply with the U.S. CPSC and E.U. EN 1078 safety standards. The folding system reduces the initial height of the helmet more than 50% and makes it flat. Its structure is made of expanded polypropylene (EPP). Closca Design was founded in 2013 by Carlos Ferrando and successfully closed a crowdfunding campaign for its product in 2015.

10. Voicemod: Founded in 2014, Voicemod enables you to add a real time voice changer to your app with a simple SDK. Voicemod SDK can be used (for example) by VoIP Calls apps, by allowing their users to make funny calls and have a great time while calling. Voicemod can also be used for video streaming in order to add extra audio effects and modified voices. Voicemod can also enhance the user experience with messaging apps, by adding awesome voice effects to audio messages. The possibilities are almost endless. So far, the Valencia-based startup raised about €400K in seed funding.