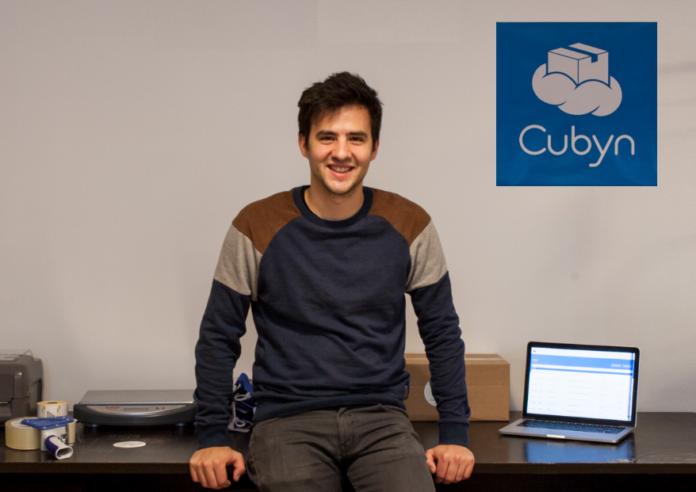 The Paris-based startup Cubyn announces today a partnership with global e-commerce and internet services giant PriceMinister (part of Rakuten group), allowing over 5,000 merchants in France to tap into Cubyn’s easy on-demand logistics platform. The partnership lays the foundation for Cubyn’s internationalization to new markets in Europe and globally, with a UK launch planned within the next 6 months.

Cubyn offers on-demand logistics to online businesses, picking up its customers’ items on-site, packaging them and shipping them to any destination globally. Merchants can easily create tailored shipment requests on Cubyn’s platform, e-commerce module or API, and schedule a pick up within a two hour window. They can then track their order, from warehouse, to wrapping, to shipping and delivery.

Adrien Fernandez-Baca, the founder and CEO of Cubyn stated: “The partnership with PriceMinister will accelerate Cubyn’s growth and help scale the business internationally. Cubyn’s vision is to allow any merchant to easily ship their products without worrying about logistics or transport, independent of their size or the type of items they sell. We’re excited to work with PriceMinister to further level the playing field for thousands of merchants in France and soon internationally. Today’s news is a huge mark of credibility for Cubyn and we can’t wait to roll out our technology to more markets soon.”

According to the young company, Cubyn has seen 300% growth year on year between 2015 and 2016. Cubyn processed well over 200,000 shipments in 2016, with an exponential peak in December 2016, where the business shipped more items in a two week period than over the entire course of 2015, proving its readiness for growth, and its ability to absorb high levels of requests.

Olivier Mathiot, Co-Founder and President at PriceMinister stated: “Impeccable logistics are a key component of growth, and especially crucial to small and medium businesses. From today, thousands of PriceMinister merchants can focus on their sales and leave the logistics with Cubyn. Cubyn’s logistics is fully scalable, and they’ve proved that they can absorb and process requests from thousands of additional merchants in France.”

The on-demand logistics platform Cubyn was founded in 2014 and received €1.1 million in a seed funding round with 360 Capital Partners, Partech Ventures, Price Minister’s Olivier Mathiot, and Showroomprive Founder and CEO Thierry Petit in February 2016. Cubyn picks your orders, packs them with care/love and ships them all over the world for you.