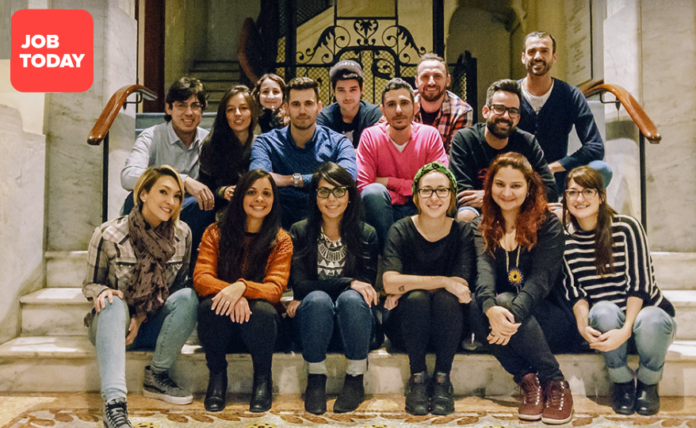 JOB TODAY, a tech startup on its way to become Europe’s leading mobile jobs marketplace, today announced a media deal which will help the company to grow even faster. The Luxembourg-based startup has made a bet on digitizing recruitment with its mobile-first approach, doing away with clunky CVs, and introducing a built-in messaging platform to make communication between employers and applicants more immediate. In the short time since launch in 2015, JOB TODAY attracted two 200K employers, processed 35 million job applications, and brought on board world-class investors.

Polina Montano, COO of JOB TODAY, stated: “Finding a job is a vital necessity for millions of youths and general population all across Europe. It’s about time we leverage technology to solve a very human problem. We’re disrupting a $270 billion global blue collar recruitment market, most of which is still offline, and the incumbents simply cannot respond quickly enough.”

Over one million job applications are submitted to local employers via the company’s apps every single week. JOB TODAY’s mobile apps have become popular with small businesses such as restaurants and shops; the service has also attracted some of the biggest brands including McDonald’s, EAT, Pizza Express, Holiday Inn and Benefit Cosmetics. With support from the leading broadcasters in the UK, Germany, and Spain, JOB TODAY is in a unique position to accelerate its Pan-European growth.

JOB TODAY was founded in 2014 and has previously raised a total of $30 million from Accel Partners, Mangrove Capital, Flint Capital, and others.

Thomas Ohr
Thomas Ohr is the "Editor in Chief" of EU-Startups.com and started the blog in October 2010. He is excited about Europe's future, passionate about new business ideas and lives in Barcelona (Spain).
RELATED ARTICLES
Luxembourg-Startups