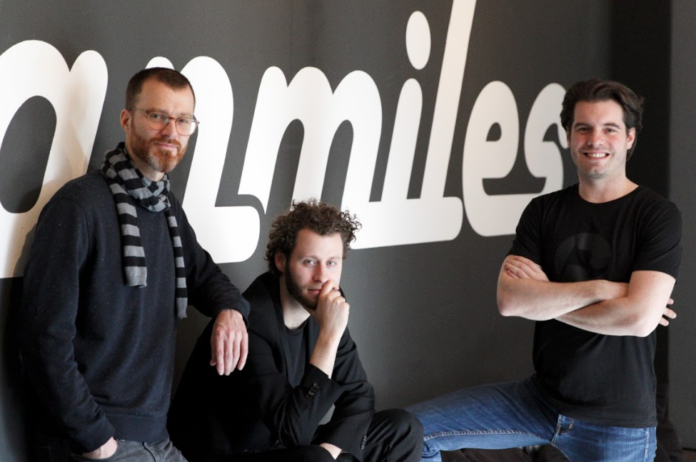 Fanmiles, the loyalty-tech startup known through its investor, Philipp Lahm (Bayern München), successfully concluded its next financing round. The Berlin-based company gathered €2.7 million fresh capital in a Pre-Series A round valueing the company at about €30 million. The round was backed by the Philipp Lahm Holding, the Berlin-based Auden AG and business angels.

Fanmiles was founded in 2013 by Fabian Schmidt and Alan Sternberg and is jointly managed with Vamos CTO Jens Dressler since the acquisition of the event discovery app. The company’s mission is to provide forward-thinking businesses with the technology and currency to create and manage their own loyalty programs.

Fanmiles will use the fresh capital for further growth, especially to expand its tech departments as well as the international partner network from its Berlin headquarters. Moreover, the product and the technology platform have been further optimized – in addition to soccer stars that reward their fans with loyalty campaigns on Facebook, native integrations are now also possible via the first open developer program in the field of loyalty technology. Current customers include Sport1, Intersport, ESL (Electronic Sports League), CineStar, Adidas, EA Games, as well as the soccer league teams FC Schalke 04, Hertha BSC und Bayer 04 Leverkusen.

Besides achieving milestones such as the acquisition of the app Vamos and the Fanmiles app launch right in time for the European championship in 2016, Fanmiles now aims to become the leading global open loyalty ecosystem. In addition to social media loyalty campaigns of renowned soccer stars, the Fanmiles developer program enables companies of every size to equip loyalty solutions and programs with the globally valid and open loyalty currency #fanmiles. This will enable users to collect #fanmiles for their activities and loyalty among multiple partners all over the world that can thereafter be redeemed for exclusive and attractive rewards within the entire partner network. It is Fanmiles’ vision to become the forerunner currency for loyalty programs and solutions and to thereby provide business partners and developers with a lasting opportunity to invest directly into the retention of their users.

Fanmiles founder Fabian Schmidt stated: “Knowing your clients and holding on to them are fundamental requirements for the success of an enterprise. Since the acquisition of a new customer is five times as expensive as holding on to an existing client, customer retention should be the main focus of all marketing activities. Fanmiles offers companies the first platform through which customer retention may be achieved by investing in simple native integration. Thereby, a 5% increase in customer retention can increase profit by 95%.”

Thanks to its developers program, Fanmiles can be universally and globally integrated into all channels, apps and services (e.g. online and offline shops). At this, Fanmiles differs from conventional, closed bonus programs or solutions, that cover a limited choice of partners.

CTO Jens Dressler said: “With Fanmiles, we want to create a worlwide applicable loyalty currency, that can be easily and scalably used  by developers, loyalty programs and loyalty providers. By cooperating with third party developers or platforms, we open Fanmiles as loyalty currency to guarantee a partner comprehensive app ecosystem.”