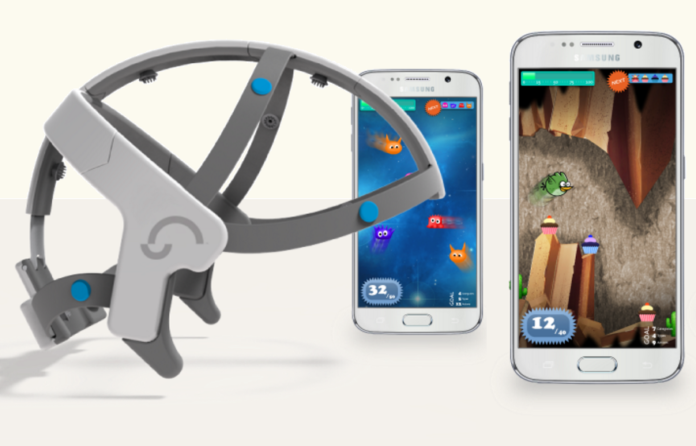 BrainWaveBank was founded in 2015 and is helping to address major cognitive health problems through innovative technology. Dementia has a dramatic effect on the lives of sufferers and carers, affecting many millions of people around the globe, and there is critical need for early detection technologies. BrainWaveBank’s technology allows individuals to easily track their cognitive health on a daily basis from their home. A low-cost wearable device, together with a smartphone or tablet, will combine the user’s responses while playing games that challenge different cognitive skills with recordings of their brain activity. Through advanced analytics and machine learning methods, the system will detect the earliest signs of cognitive decline and empower people to make simple lifestyle changes to encourage healthy aging of the brain. Finding the first precursors of dementia will also give medical and pharmaceutical researchers the power to develop new therapies, and in the future prevent or cure the disease.

BrainWaveBank is also active in contact sports. Both professional and amateur sports teams are increasingly concerned with players’ cognitive health and the effect of impacts on their long-term brain health. American football has accepted that sports-related concussion can lead to debilitating brain disorders later in life, and there is growing consciousness of the issue in rugby, soccer, and ice hockey. BrainWaveBank’s platform can profile each player’s brain fitness and track the day-to-day performance of the player over the course of the season, providing insight into subtle effects of impacts, sleep and other training and lifestyle factors on the short- and long-term cognitive health of the players.

This round of funding will see the business invest heavily in technology as it looks to build out its neuroscience platform and further develop affordable hardware for mass consumer markets. This will be a major step forward in the business’ mission to dramatically reduce the cost of measuring cognitive performance via brainwave activity and to take sophisticated brain imaging out of the lab and into the home.

Ronan Cunningham, the CEO and co-founder of BrainWaveBank stated: “We founded BrainWaveBank with the goal of transforming the early detection and treatment of devastating cognitive illnesses such as dementia. We are very excited to be supported in achieving this vision by such a strong team of leading technology investors and innovation agencies. This funding allows us to significantly accelerate our technology development and bring our product to market where it can help people live longer, healthier, and more connected lives.”

Tim Mills, Investment Director at the Angel CoFund commented: “Considerable progress has been made in recent years around the awareness and treatment of issues with cognitive health – but it’s clear that the human brain is still the least understood part of the human body. We’re backing BrainWaveBank because we believe they have a huge opportunity to advance the fight against dementia and better manage the treatment of impact related concussion, and we’re proud to be part of their journey.”

Thomas Ohr
Thomas Ohr is the "Editor in Chief" of EU-Startups.com and started the blog in October 2010. He is excited about Europe's future, passionate about new business ideas and lives in Barcelona (Spain).
RELATED ARTICLES
Re-/Launch

Belfast-based Responsible raises €5.8 million to power a circular future for the fashion industry