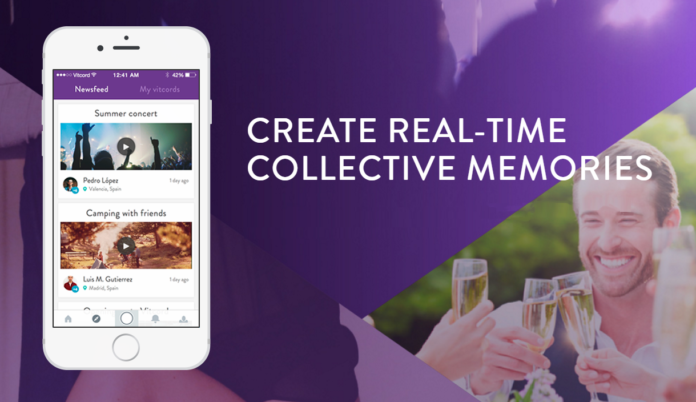 The social media app Vitcord, which was successfully accelerated by NUMA Barcelona, just closed an investment round of €750K. The app was created in 2014 and allows young people to share memories collectively together.

Thanks to the successful funding round, the young company is now able to establish a presence and growth in countries like Spain, Mexico, Chile, Argentina, Brasil, Philippines and United Kingdom. The Spanish startup is now also able to hire international talent who will contribute to the companies growth. Currently the team consists of 9 people, but the goal is to have 5 more members by the end of 2017.

The list of investors includes the growth director of Twitter, Sebastian Lefebvre, the ex Director of Pepehone, David Nuñez, and the Director of Media in Twitter Southern Europe, Sergio Canales. NUMA Barcelona also invested in the app.

According to the founder of Vitcord, Adrián Domenech, the initial growth of the app was achieved through the social proof of founders and partners. The next growth stage was reached after improving the service based on the user feedback. Adrián also stated, that during 3 months of the NUMA Barcelona program he was able to fill his network with useful contacts which helped his startup to tap into international waters.

The Chairman of Numa Barcelona, Pep Gomez, stated: “Vitcord has a big opportunities to growth successfully in the upcoming years, because the team is able to keep up with current market trends and the app is providing the users the newest experience on social networks”.

Currently, Vitcord has more than 100,000 users who in the last 2 months made 739,000 videos on the app. On Vitcord from time to time users can also find challenges i.e sharing the videos of people singing or participating in the discussion during the Oscar awards.