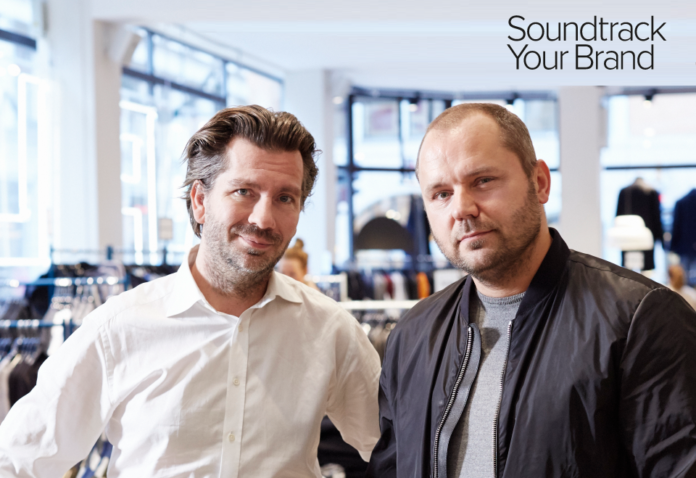 Founded in 2013, Soundtrack Your Brand has already become a leader in the corporate music market and is the exclusive provider of Spotify Business. While the larger music industry has been busy saving itself from piracy, the market for background music has been kind of overlooked in the previous decade. The result is an outdated, fragmented and underserved industry, where businesses still play music using CDs, USB-sticks and satellite feeds. Incumbents rarely report what they play to rights-holders, so artists don’t get their fair compensation. Soundtrack Your Brand aims to change that.

Andreas Liffgarden, Soundtrack Your Brand’s executive chairman and co-founder explained: “Background music today is sold as a utility, and there’s rarely much thought going into what music brands are playing and why. Today’s background music sucks for brands and consumers alike, and it’s hurting the music industry at large. As lovers of music and technology, we’re completely overhauling this industry, to once and for all kill bad background music.”

In 2016, Soundtrack Your Brand expanded from the Nordics into over 100 countries worldwide. Since the beginning of last year, it has seen revenue and user base grow nearly 400%, with continued trajectory into 2017, making it probably the fastest-growing company in the global background music market. Key customers include the likes of McDonald’s, TAG Heuer and Toni & Guy, in addition to thousands of small and medium-sized businesses.

Ola Sars, Soundtrack Your Brand’s CEO and co-founder stated: “While our competitors are focused on shipping CDs by mail to large chains in U.S. and Europe, we are growing the size of this market by digital means. We distribute our platform more efficiently and are continually improving the product experience. By selling online we reach the entire market, all the way down to mom-andpop’s that nobody sold to before. And we do it on a global scale.”