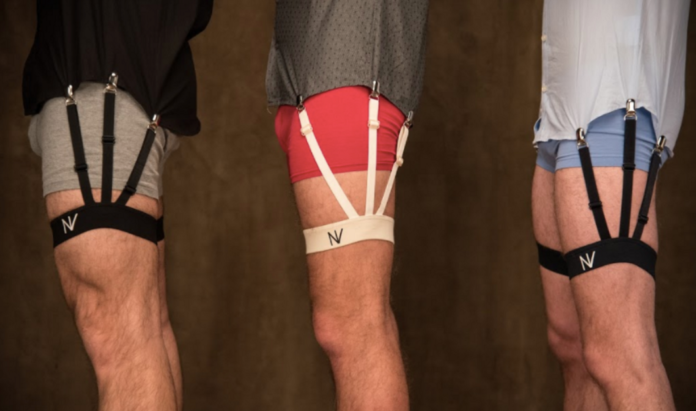 Ok, this one is not exactly a tech startup, but still an interesting young company with an innovative product. The Slovenian company NV came up with an new solution for men to keep their shirt tucked in throughout the day. Think about how often you have to tuck your shirt back in during a long day in the office or on the road. With the new NV S-Holder, this problem now gets solved. The brand name is a bit tricky, since it’s pronounced almost like ass-holder. But still: It’s an interesting product!

The S-Holder basically works like upside down suspenders. They clip to your shirt to keep it weighed down. Such S-Holder sets are available for $38 and can be shipped worldwide. To be fair, NV might not be the inventor of this concept, but with their design and crowdfunding approach they make this type of solution accessible to a young audience of men.

NV currently does a 2nd crowdfunding campaign on Kickstarter. They already raised $70,700 and the campaign will run for another month. The first campaign also was successful and was set up to create the previous version of the product, called T-Holder. For more info regarding the current crowdfunding campaign for S-Holder, check out  the video below: