A.I. will give students the skills needed for the future workforce – an interview with Tabitha Goldstaub 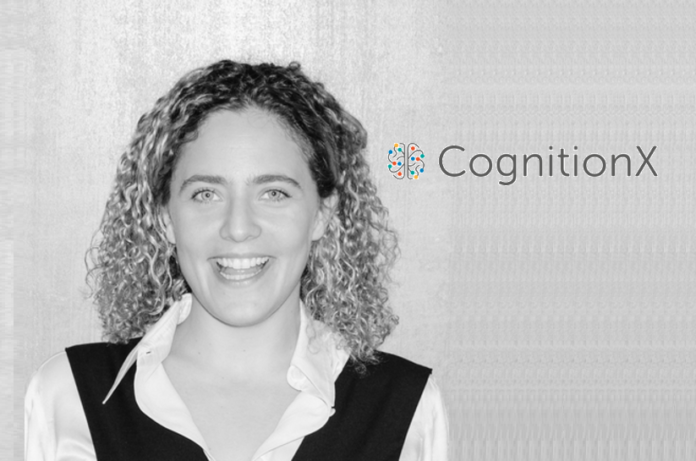 At the recent DLD Conference in Munich, we chatted with Tabitha Goldstaub about fixing education in the age of artificial intelligence. Tabitha is a serial entrepreneur who co-founded the video distribution company Rightster. Founded in 2016, Tabitha’s latest venture, CognitionX – “A Search Engine for All Things A.I.” is bringing clarity to the rapidly accelerating and hugely fragmented A.I. market. CognitionX is a free and efficient way for organisations to self-educate and make better decisions about deploying A.I. in their business. Tabitha is also the co-founder of Project Placed, which aims at enhancing experiential learning.

A.I. is emerging at an incredible speed and is probably going to impact every aspect of our life – driving unprecedented levels of automation in many industries. What can A.I. do to help fix problems in education?

What is Project Placed?

Traditional models of education are failing students by not equipping them with the skills needed for the future workforce. We believe students should learn by solving real world problems, thus better equipping them for the real world. Project Placed streamlines the process of matching students with companies to complete experience-based learning modules during their curriculum. Currently we are running a pilot with 500 Computer Science and Data Science students at UCL.

At DLD, your panel was about fixing education for the AI era? How can AI help here?

Technology has been moving very quickly, but education has remained largely stagnant. We have been relying on the same-old tools as we have in the past, despite this major shift in technology. Effective education should teach students to ‘learn how to learn’ and stop ‘teaching to the test’. This shift in education should incorporate experiential and project-based learning to better train students for the real world.

AI can greatly assist in this task by providing students with interactive, individualized learning as opposed to the current ‘one to many’ approach. An individualized approach should also be applied to the evaluation of students, with AI being used to continuously assess the students and support teachers to scale.

Why is A.I. so important now?

The quest for artificial intelligence began over 70 years ago, with the vision that computers could be trained to think like humans. In the last 25 years, new approaches to AI and advances in technology have enabled innovation in the theory and development of computer systems able to perform tasks normally requiring human intelligence, such as visual perception, speech recognition, decision-making, and translation between languages.

The running theme at the moment and throughout CES, WEF, and DLD was that AI should be seen as a tool built by humans and made to assist them and augment capabilities not replace people. Andrew Ng, chief scientist at Baidu Research in Silicon Valley, Ginni Rometty, CEO of IBM, and CEO of Microsoft Satya Nadella have all said in their own ways that although AI will certainly replace certain jobs, it will chiefly serve as a source of human productivity.

In 2016 alone, 1,500 new AI companies were funded. That’s huge. In 2016 we saw serious advances in the field and saw how our day-to-day lives can be enhanced by AI. The applications are endless. To name a few:

Healthcare and medical treatment the world over has made great leaps forward thanks to AI. For example, the NHS trialled an app created by Babylon Health which assists in the diagnosis of patients. Also, researchers in the UK have been investigating ways to use AI to predict heart failure and Australian researchers have used machine learning to match liver transplant donors with organ recipients.

The rise of NLP in AI-assisted devices like Amazon’s Alexa, Siri and Google Home and witnessed a significant improvement in Google Translate all bringing tangible AI to the masses.

What was really hot was the interest AI got. It’s when something becomes common parlance like this that I feel the best innovation can be created and successfully be used with the general public in their work and home lives.

What would you say are the most exciting European AI startups right now?

Rather than the most exciting ones form Europe, here are the 5 companies I think are the ones to watch from the UK: