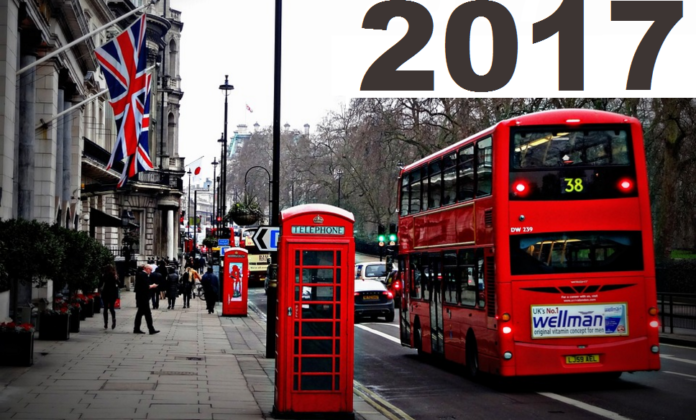 The United Kingdom has undeniable one of the most vital startup ecosystems worldwide. And while we are sure that the Brexit vote will have a rather negative impact on the UK’s startup scene and its biggest hub London, we’re also sure that we’ll continue to see a decent amount of UK tech success stories in the coming years, that will turn out to become truly global players.

In the beginning of this year we took a close look at the UK startup scene with the goal to provide you with a list of 10 promising startups to watch in 2017. All of the startups we’re listing below were founded within the last two years and each one of them is -at least in our view- heading towards a successful future.

Monzo: Founded in 2015 and based in London, Monzo is building a bank for people who live their lives on their smartphones. For people who want to get things done in a click and who don’t see the need for branches and cheque books. Monzo aims to provide the best current account in the world and ultimately to become an intelligent hub for your entire financial life. So far, the promising FinTech startup was able to secure about $42 million in venture capital.

Drivetribe aims to become the new digital home for motoring fans across the world. The media platform is structured into different “tribes” – each with their own unique characteristics and personality – hosted by stars, bloggers, writers and videographers, who are generating their own content for fans. Users sign up to the tribes that reflect their personal motoring interests and can also create their own. Drivetribe was founded in 2016 in London and has already secured about $12 million in seed and Series A funding.

Takumi is a platform that makes it easy for advertisers, brands and agencies to work effortlessly with large numbers of micro-influencers on social media campaigns. Traditionally influencer marketing on social media has only been possible with influencers, with a large follower base, requiring manual matching of brands and influencers. Takumi provides an on demand platform where brands can easily work with multiple micro-Influencers to create large grassroots campaigns. Founded in 2015 and based in London, the young company secured more than $1.4 million in seed financing.

Carspring is a London-based startup which created a new way to buy and sell cars. With their online platform, Carspring cut the costs you would experience with traditional dealerships, allowing both buyers and sellers to get better prices. With Carspring there are no more hidden fees and you don’t have to wait around for viewing appointments. Founded in 2015, Carspring so far raised about $4 million in venture capital. Carspring currently focuses on the UK market, but stated that they are likely to expand to other markets by the end of this year.

bob is the people operating system for smart modern businesses who love their staff. London- and Tel-Aviv-based bob takes people management out of the back room and puts it at the heart of a business. Sorting HR & talent admin, benefits and culture in a way that drives efficiencies, provides invaluable management information, and, most importantly, greater engagement and retention of the businesses most valuable asset – it’s employees. bob was founded in 2015 and was able to secure more than $7.5 million in seed funding.

GuestReady is a service provider for homes on Airbnb across Hong Kong, London, Kuala Lumpur, Paris and Singapore. The startup provides housekeeping services, linen rental and welcome packs for arriving guests as well as profile management services for Airbnb hosts. The London-based startup also takes care of listing, pricing and guest communication. GuestReady was founded in 2016 and secured about $750K in seed financing.

FiveAI aims to build the world’s most reliable autonomous vehicle software stack to deliver a solution that’s safe in complex urban environments, without any driver involvement. The Bristol- and Cambridge-based startup is using AI to solve the challenge. FiveAI’s solution will enable safe, cost effective urban mobility for all. The startup plans to form partnerships to deliver it to consumers in staged deployments across many cities. FiveAI was founded in 2015 and raised roughly $2.7 million seed funding in the summer of 2016.

Realla is the first commercial property software platform to combine a dedicated, comprehensive search engine for tenants and investors with powerful agent tools for streamlining & tracking marketing. With 70,000 commercial properties aggregated daily from over 1,000 sources, Realla provides a great resource for searching the entire market. Realla is currently focusing on the UK market, but is also active in Dubai and has a pilot project in the USA. The young company plans to launch in additional European cities this year. Really was founded in 2015 and is headquartered in London. So far, the startup raised about $2.2 million in seed funding.

Habito is the world’s first digital mortgage broker. Habito is using technology to bring the mortgage application process into the 21st century. A simple, honest and transparent way to help people find and apply for the best mortgage deal. Habito was founded in 2015 and is based in London. Right now, Habito is exclusively focusing on the UK market. The promising FinTech startup raised roughly $9 million in venture capital so far.

Moneybox provides you with a simple and effective way to save and invest money. Round up your card purchases to the nearest pound and invest the spare change into thousands of leading companies such as Apple, Facebook, Netflix and Disney via selected tracker funds. Sign up in minutes and get started with as little as £1. The London-based FinTech startup Moneybox was founded in 2015 and secured about $4.75 million in seed funding.