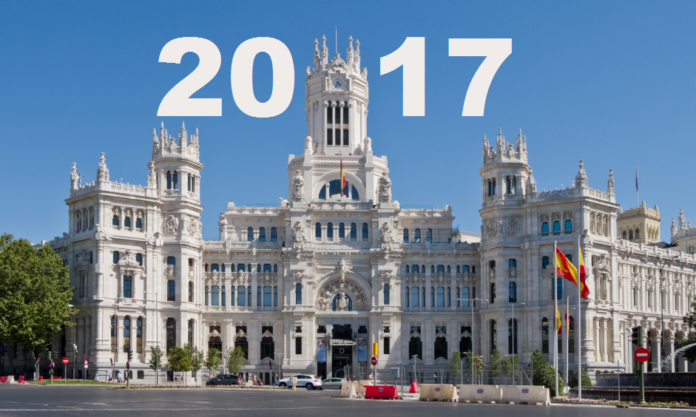 Spain has a lot more to offer than just great weather and delicious food. The largest country in Southern Europe also has a pretty vital startup scene and with Madrid and Barcelona two of Europe’s biggest startup hubs. In the beginning of this year, we took a close look at the Spanish startup ecosystem to provide you with a list of 10 promising startups to watch in 2017. All of the startups we’re listing below were founded within the last two years and each one of them is -at least in our view- heading towards a successful future.

Letgo is the fastest growing mobile marketplace to buy and sell locally, powering a new, secondhand economy on mobile. With offices in Barcelona and New York, Letgo is connecting millions of buyers and sellers. Letgo provides its users with cutting-edge features like image recognition powered by artificial intelligence, and the Letgo Commercializer. Founded in 2015, Letgo was already able to secure the astonishing amout of rougly $375 million in venture capital.

Cornerjob‘s mission is to help people to find the right job within the shortest timeframe. The Barcelona-based startup provides a job matching platform that enables users to find geolocated job offers, apply to them, chat directly with the recruiters and get an answer in 24 hours. For companies, it represents a great recruiting channel in terms of simplicity, rapidity and flexibility. Founded in 2015, Cornerjob so far raised about $51 million in funding.

Glovo: A Barcelona-based startup that is transforming the way consumers access local goods, enabling anyone to get nearly any product delivered in less than 60 minutes. Glovo’s on-demand mobile application connects customers with independent local couriers, who acquire goods from any restaurant or shop in a city and also deliver urgent packages for a fixed fee of 5,50€. Glovo, which started in 2015, is currently available in 6 Spanish cities as well as in Paris and Milan. So far, the ambitious Glovo team raised about €7.14 million in venture capital.

Badi: Founded in 2015 and based in Barcelona, Badi provides a new way of flat sharing, making city-center living affordable for everyone by changing how flat sharers connect and interact. The platform enables you to list or look for available rooms in shared flats and find flatmates according to your age, tastes and hobbies. Badi is a peer-to-peer marketplace of non-vacational shared flats. The young company raised more than €2 million in funding.

TravelPerk aims to revolutionize the way that organizations budget, book and manage their business travel. The Barcelona-based startup offers a unique dynamic budgeting algorithm, incentives for employees to save, as well as reporting, dashboards, expense integrations, flexible payments and more. All of that within a single easy-to-use platform and at no cost to the user. TravelPerk was founded in 2015 and secured about $8.5 million in venture capital.

Comprea is a spanish same day delivery service that lets users order groceries online from their favourites stores. This is done with a custom logistics network of Shoppers, wich allows to deliver as soon as in 1h and in 1 hour time slots. Founded in 2015, Comprea is already active in Madrid, Valencia and Barcelona. The Valencia-based startup so far secured €725K in funding aims to close another funding round soon in order to expand with its service to other European cities.

Hibox is an out-of-the-box solution to handle the three most critical pain points in collaborating with your team: 1. faster communication (team messaging), 2. keep track of your projects (task management) and 3. live discussions for remote work or separate offices (video calls). The Barcelona-based startup was founded in 2015 and secured about $1 million in seed funding in 2016.

MyTripCar is a car rental comparison and reservation site that aims to revolutionize the sector with a fresh approach and more transparency. The startup was officially founded in 2015 in Alicante and launched its platform in 2016. MyTripCar is currently available in Spanish, German, English and French. In total, MyTripCar so far secured more than €1.5 million in venture capital.

B-wom is a digital health startup focusing on women’s intimate health/wellness. As of today, the Barcelona-based company offers an app with personalized care plans, exercises and tracking for pelvic floor with some initial healthy habits and content about health. B-wom plans to expand its health scope to cover all the important moments in a woman’s life. The health startup was founded in 2015 and raised about €1 million in funding.

Eelp! is an app to delegate all kinds of daily tasks and needs busy people have. By using the app, Eelpers will take care of everything for you. From taking the car for a wash to pet-sitting your dog while traveling, or getting your hair done before a dinner (etc.). Eelp! works with local professionals and services to let you have more time for yourself and the ones you care about. The Barcelona-based startup successfuly launched a trial phase in Barcelona by December 2016 and secured about €200K in angel funding in the beginning of 2017.