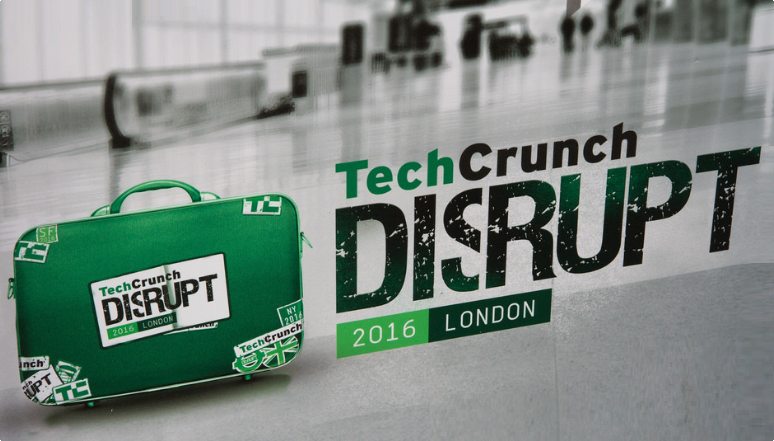 I had a chance to participate in the TechCrunch Disrupt London conference on December 5th and 6th. The two day conference was packed with top-notch speakers, announcements, the TechCrunch Battlefield startup competition and awards and the startup alley showcasing more than 200 startups.

You know they say a dog biting a man is not news-worthy but a man biting a dog is. Well, one of the highlights of the speakers was watching Boston Dynamics’ founder Marc Raibert have his robot dog SpotMini fetch him a beer on stage (Spot could not grab the beer, confused by the spot lights and had to be aided by remote control – amazing nevertheless).

The startup battlefield finalists were InsideDNA, LiftIgniter, Oxehealth, PhenixP2P and Seenit, at least four of which used computer vision or AI. The winner was Seenit, a startup that helps event organizers and other businesses turn their biggest fans into a film crew. Seenit customers invite a select group of their own users, who can use the Seenit app to shoot and submit video from their smartphone. Seenit then uses AI to prescreen the videos, the quality and relevance. It almost seemed that the conference had many of the same startups we saw in the last few years ago, but now with AI.

Other notable items were Volkswagen launching Moia, a new standalone mobility company to focus on end-to-end city-mobility and the introduction of Station F, the world’s biggest startup campus in Paris, which is now accepting applications as we speak. 🙂

Musical.ly reported passing 40M MAUs and was grilled by the moderator for allowing children to post sexually provocative videos. The founder replied that they had parental consent. The moderator replied that he thought those parents were not to be trusted, which divided the audience into some applause and shivering silence. The issue of content responsibility, especially around children is a sensitive one. Facebook Workplace announced the enterprise collaboration app platform and shortly afterwards, Google announced closer collaboration with Slack. I guess the war is now between Microsoft, Facebook, Google-Slack and Salesforce for social enterprise platform…

Citymapper founder and CEO Azmat Yusuf was awesome. He comes across as super genuine and really focused on building a great product and business. Citymapper will start monetizing in 2017.

There were at least 3 panels about Brexit, all repeating the same messages: “Tech industry in the UK needs to be able to recruit talent from overseas.” One pro-Brexiteers said that UK will now be freer to get talent from anywhere in the world. Opposition replied that that could have been achieved without Brexit. Remaineers pointed out to loss of confidence and uncertainity.

One panel had the French and British tech/digital ministers debate the topic and the conversation quickly and unfortunately deteriorated into which nation was investing more billions into connectivity infrastructure. Maybe we should get machines to run our governments as well.

Another discussion plotted Crowdpac’s Steve Hilton, a passionate advocate of Brexit, against Daniel Korski, a former advisor to David Cameron and an organizer of the Remain campaign. They debated at length whether we or parts of the population are better or worse off. Steve argued that the winners of globalization and technology have been incognizant for those left behind. Daniel argued that we are better off than ever with technology, connectivity, etc. I think they are both right and not mutually exclusive. We live in safer times with cheaper or free services and goods (you can watch great stand-ups on youtube for the rest of your life almost for free – for internet connection) but the media and comparisons make it seem bad.

But technology and AI will continue to disrupt and replace more and more jobs and concentrate the gains for the few who will be driving this change (who may or may not choose to share their wealth with philantrophic acts). I believe we should give up the antiquated full employment goal and move towards a basic welfare, education and entertainment system and reprogram our definitions of success.

Techcrunch Disrupt Respect award goes to the startup named Seeds. Seeds helps developers make more money through in-app social good purchases. The founder was again very genuine. When asked why she does it, she replied that she used to be a stock broker, winning when someone else lost. Now she is working on win-win-win. One of the jury members threw her a bait, asking what she would prefer, lots of money with little impact, or lots of impact with little money. She was great to challenge this dichotomic worldview, she said we can have both and she set out to show that. (There is no respect award but i think there should be.)

Another interesting startup was Iris, which provides an AI-powered science assistant that functions like a search tool, helping researchers track down relevant journal papers. One of the jury members listening to the pitch commented that this product would have a lot of value for a small segment and no value for many people and that its pricing is key and should be high as pricing is also positioning, which I found to be an accurance assessment.
Besides the beer fetching dogs, we might be finally getting flying cars as well. Atomico founder Niklas Zennström talked about his 10 million Euros investment in the vertical take-off and landing plane developer, Lilium Aviation. According to Zennström, these planes can be as efficient as electric cars and easier to drive autonomously.

I think the conference organization was very good. However, the wifi connection was inadequate, a few founders had a hard time demo-ing their products at the startup alley. I think they deserve their own seperate wifi, isn’t the whole point to get them to do as many demos as possible?

The other amazing AI story was listening to Hans-Christian Boos, founder of Arago, a startup that built an AI service for enterprises to help them automate their IT processes. When Arago was labelled as an IT-automation company, they cried in protest and started looking for ways to prove that they are an AI company. While brainstorming at a company barbeque, they decided to tackle a so-declared-unsolvable problem with AI, which was beating top human players a complex strategy games like civilization. Arago’s AI engine, named HIRO, is now able to beat the top human players in civilization. The founder commented that tackling the game challenge was the best thing they did and serves to demostrate their AI ability better than anything else at those long enterprise sales meetings. 🙂

How long will it take to count on Spot to take my kids to school? For HIRO to write about the Techcrunch Disrupt conference? I think the next mega challenge for AI is to crack human wit and humor… Who’s up for it?